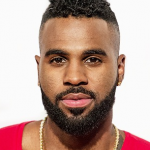 Jason Joel Desrouleaux famed as Jason Derulo is an American singer, songwriter, and dancer. Since the beginning of his solo recording career in 2009, he has sold more than 30 million singles and won 11 Platinum singles, including “Wiggle,” “Talk Dirty,” “In My Head,” and “Whatcha Say”. His next album, "2Sides", will follow in 2019. Let's check out the net worth, career, salary, body measurements, early life, the girlfriend of Jason.

Universal has released the first trailer for its film adaptation of the Broadway play, “Cats,” starring Taylor Swift, Jennifer Hudson and James Corden. Based on the book “Old Possum’s Book of Practical Cats” by T.S. Eliot, the musical follows the Jellicle cats, a family of felines who go before the group’s leader Old Deuteronomy to see who will be selected to travel to the Heaviside layer for a new life. The original musical won six Tony awards. However, in this iteration, things are a little different. Instead of actors dressed as cats, as many fans are familiar with in the Broadway production, director Tony Hooper opted to use motion-capture technology, meaning the cats will actually appear as singing furry felines. The already star-studded cast is completed with another team of big names including Judi Dench (Old Deuteronomy), Rebel Wilson (Jennyanydots), Steven McRae (Skimbleshanks), Ian McKellen (Gus), Jason Derulo (Rum Tum Tugger) and Idris Elba (Macavity).

Jason Derulo’s “Mamacita” video featuring Farruko is here.  The anglo superstar surprised fans with the clip on Thursday afternoon (July 18). On the Billboard charts, “Mamacita” debuted No.1 on the Latin Digital Songs Sales chart dated July, 20, becoming both acts' first leader on the list.  “I wanted to make a party song that had a Latin feel, when I got Farruko’s verse I felt like it was going to be fire,” Derulo previously told Billboard. Derulo self-directed the music video, which was filmed in Miami and Los Angeles.  In the clip, he looks for his Mamacita who purposely got lost in a club.

On 21st September 1989, Jason Derulo was born in Miramar, Florida, the US as Jason Joel Desrouleaux. He is the son of  Joel Desrouleaux and Jocelyne Desrouleaux. He is the youngest of three children. The information about his siblings is unknown. He holds American citizenship but is of (Afro-American) ethnicity. He has attended Dillard High School in Florida and went on to The American Musical and Dramatic Academy in New York. His other early life information will be added soon. As of 2018, he celebrated his 21st birthday.

Jason Derulo is a very handsome singer with black hair and dark brown eyes. He has got a very charming smile with an attractive personality. He has a tall height of 6 feet. He weighs around 75 kg. His other body measurements such as bicep size, waist size has not been disclosed yet but we will add it soon once we get information regarding it.

Net Worth of Jason Derulo

Jason Derulo is a successful singer in this modern era and h has accumulated a huge amount of money from his career. He has a net worth of around $10 million and his salary is around $4 million per annum. His primary source of income is from music and songs. Overall, he is satisfied with his earnings and he is living a luxurious lifestyle from his career.

Jason Derulo is not married yet but he is in a relationship. He has settled in a relationship with a secret girl. He refused to name the girl or to detail anything about her. They are not captured yet with any single paparazzi photo and he seems to be protecting the girl seriously. It seems also that he wants to have a serious relationship with a girl since he protects her like that. As of today, the couple is living a happy life without any disturbances.

Previously, he was in a relationship with Jordin Sparks and Daphne Joy who both are Glam Models.