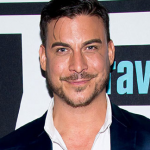 An American television personality, model, and actor is famed as Jax Taylor. He currently stars on the Bravo reality television series Vanderpump Rules. He is a former United States army. It was announced in the year 2017 that the Model-turned-reality star, Taylor would be starring in a spinoff series title Brittany Take Kentucky and Vanderpump Rules: Jax. He is a very talented actor.

Inside Vanderpump Rules Couple Jax Taylor and Brittany Cartwright’s Los Angeles Love Nest. Jax Taylor opened up exclusively about proposing to his girlfriend, Brittany Cartwright, during the season 7 premiere of Vanderpump Rules, admitting the process was a tad "brutal". Although Christmas is still over a month away, Cartwright already has festive decorations lovingly placed throughout their living room, including stockings.

Jax Taylor was born on 11th July 1979 with the birth name of Jason Michael Cauchi in Shelby Township, Michigan, the U.S. His nationality is American. His ethnicity is North American. His birth sign is Cancer. He was born to Ronald Cauchi and Marie Cauchi. He has a sister named Jenny Lynn Cauchi. His mother is an Australian, and his father is Italian. He was raised Catholic and attended church until he was 19 years old.

Regarding his education, he attended Eisenhower High School in Shelby Township, Michigan and later he went to Michigan State University and community college but dropped out of school to enter the Navy.

Jax is a very tall person and handsome guy. He has a very attractive personality. With his charming smile, he attracts a lot of people towards him. He has a tall height of 1.83 m. He has a balanced weight and a healthy body. His body weight is 79 Kg. She has dark brown hair and brown eyes. His other body measurement will be updated very soon.

Jax Taylor is not married yet and he is still to get married but he was in a relationship with the American reality TV star Brittany Cartwright. They started dating since their starting days at the Bravo reality series Vanderpump Rules. The couple was enjoying their life happily but the couple broke up on August 2017. The reason of the break up was that Jax did not treat Brittany well. But now, the couple got engaged in Malibu, California on June 7, 2018. The couple is living a happy life together and there is no any doubt of separation between them.

Previously, he was in a relationship with Stassi Schroeder, Carmen Dickman.

Net Worth of Jax

The net worth of this famous actor, as well as the reality star, is surely in millions. His exact net worth is estimated to have $1 Million as of 2018. He is earning a good amount of money but his exact salary has not been revealed until now. There is no doubt in the mind of his follower that he is earning a considerable amount of money from his work. He is satisfied with his earning.

Trivias About Jax Taylor You Need To Know.