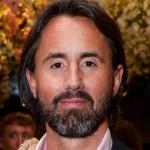 Jay Rutland is a British entrepreneur and former stockbroker who gained fame after he started dating Billion $$$ Girl star, Tamara Ecclestone. Rutland and Ecclestone got married in 2013, and since then he is known as Tamara's husband and father of her daughter named Sophia and newly born baby daughter, Serena.

Through his marriage with Tamara, the multi-millionaire business magnate, Bernie Ecclestone became his father-in-law. Rutland also has appeared on the ITVBE reality show, "Tamara’s World" alongside Tamara. He himself owns a million-worth company titled "Bigrate Business Developments, Ltd" through which he has garnered a net worth of $50 million.

Back in 2002, he got caught up in a sting operation and was accused of selling cocaine to an undercover reporter. But he was cleared of the charges due to a lack of evidence. Besides, Rutland is quite active on social media sites with over 126k followers on Instagram: @jayrutland.

What is Jay Rutland Famous for? 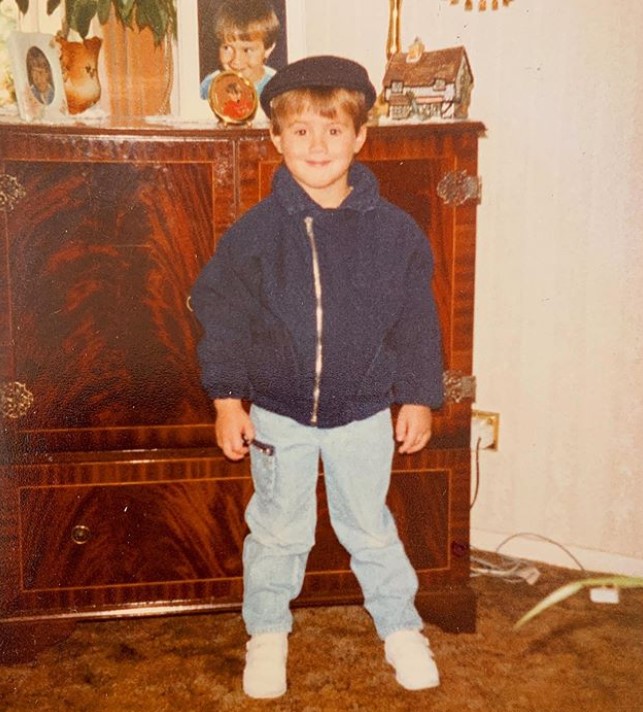 Where was Jay Rutland Born?

Jay Rutland was born on March 11, 1981, in Essex, England. His birth name is Jay Rutland. His nationality is British. Rutland belongs to White ethnicity while Pisces is his zodiac sign.

Jay was born as the son of his well-to-do parents: David Rutland(father) and Marji Hollingsworth(mother). His parents however got divorced soon and her mother got married to Peter Hollingsworth(step-father).

He grew up along with his siblings: brother George Rutland and sister, Joanne Wheatley, and a late brother named Mark Rutland, in his hometown in Essex. His sister, Joanne had won the second season of "The Great British Bake Off". 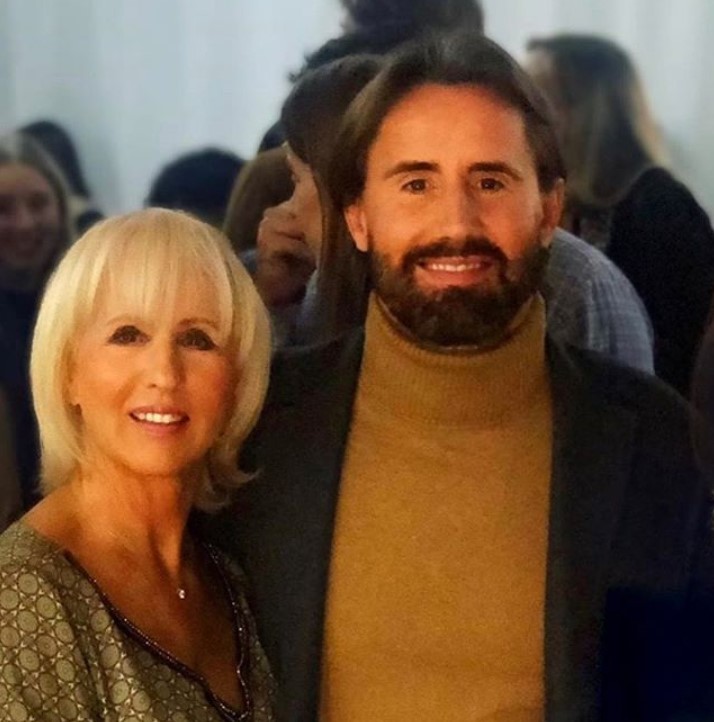 Jay Rutland has a stable career as an entrepreneur. He has been the company director for his multi-million worth company, "Bigrante Business Developments, Ltd" since 2012. The company operates with management consulting services. Through his position in the company, he has managed to garner a handful amount that has to lead him a high reputation in the business world.

Rutland is also a former stockbroker who had got caught up in a sting operation back in 2002 and was accused of having sold cocaine to an undercover reporter. A decade later, in 2012, Rutland was banned by the Financial Services Authority for insider trading and market abuse. The Financial Services Authority even claimed that Rutland was not a fit and proper person and his behavior demonstrated a lack of "honesty and integrity".

Also, in 2016, he faced much backlash after he came under public pressure after being accused of assisting drug baron James Tarrant to flee abroad. Tarrant fled overseas before ultimately being convicted in his absence and was sentenced to 14 years imprisonment. However, he was cleared of the charges due to a lack of evidence.

Besides, Rutland also works as the creative director at Maddox Gallery which branches out at various locations throughout London and other locations. 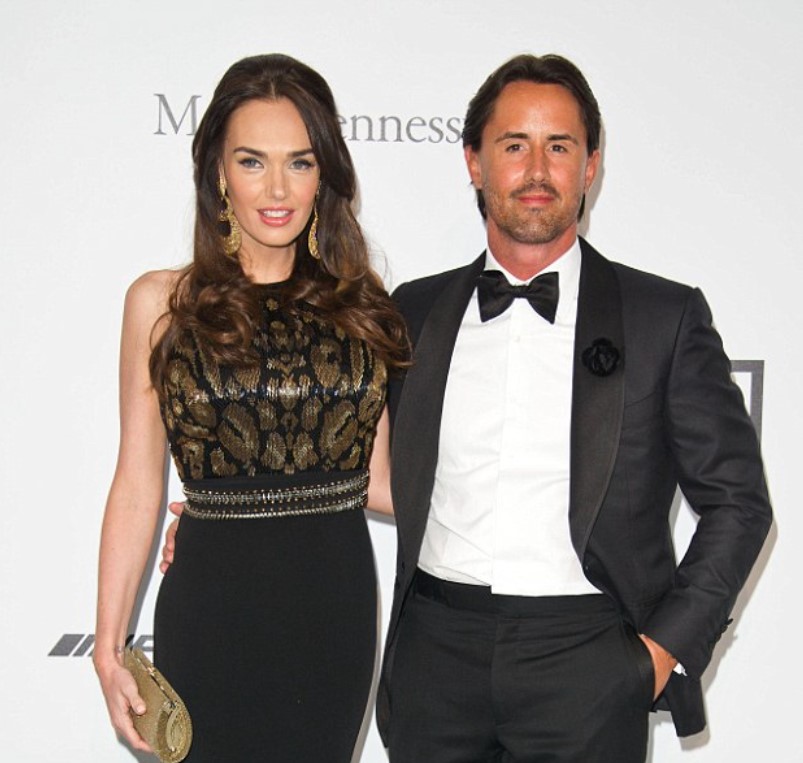 Everything To Know About Tamara Ecclestone

Jay Rutland is a married man. Rutland is married to the love of his life, Tamara Ecclestone. Tamara is a British model and television personality who rose to fame with her show, "Tamara Ecclestone: Billion $$$ Girl" in 2011. Born on September 28, 1984, Tamara is the daughter of billionaire business magnate and former chief executive of the Formula 1 Group, Bernie Ecclestone, and the former model, Salvica Ecclestone.

Tamara and Jay met for the first time back in 2013 while they were on a blind date. Shortly after, they began dating and eventually got married in a grand wedding held at the Grand-Hotel du Cap-Ferrat, Saint-Jean-Cap-Ferrat, France, on June 13, 2013. The lavish wedding also included musical performances from Mariah Carey and Elton John.

Along with his wife, Rutland also has appeared on the ITVBE reality show, "Tamara’s World". They welcomed their first baby together named Sophia Ecclestone Rutland(also known as Fifi) on March 14, 2014. Almost 6 years later, in September 2020, the couple welcomed their second daughter together named Serena. They announced of Serena's birth via Instagram sharing a photo of her and husband Jay Rutland’s newborn baby daughter along with Fifi, three weeks after giving birth.

With the new baby born, Tamara's father, Bernie Ecclestone becomes a grandfather for the second time who also shared his excitement to the DailyMail. Previously, Rutland had a relationship with Sacha Lineker. 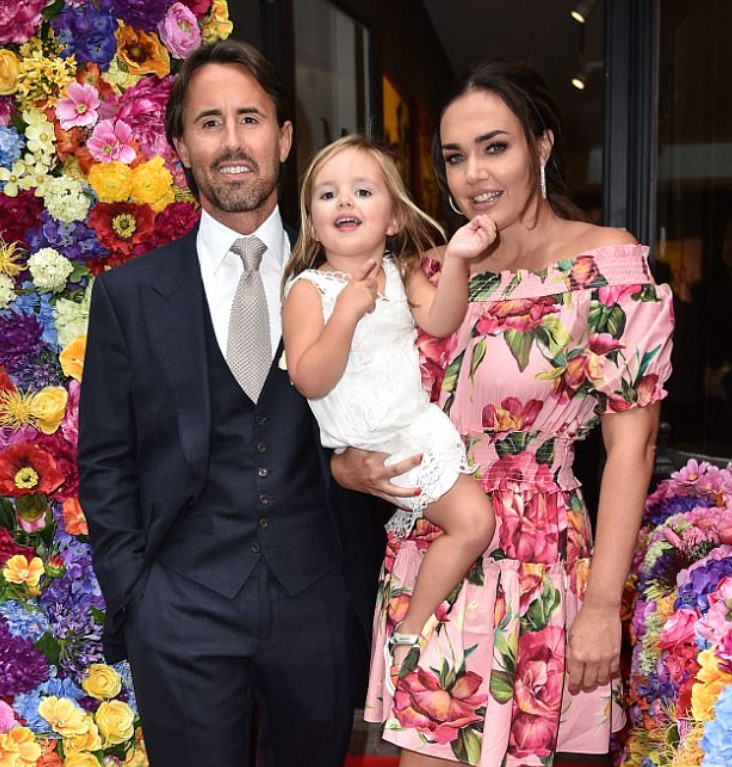 His net worth is great but seems to be a little bit less compared to the earnings of his wife, Tamara Ecclestone. Ecclestone is the daughter of a multi-millionaire business tycoon, Bernie Eccleston,e and as a television star has amazingly a whopping net worth estimated to be around $300 million as her family has a net worth of £3 billion.

With the couple's multi-million net worth, Rutland along with his family is living a healthy and lavish lifestyle in their £70 million worth 57-room mansion in Kensington. They even own a £300k Ferrari, £123k Bentley GT Continental, and a £100k Range Rover. However, back in December 2019, while they were off for their Christmas break, burglars got into their million worth house and got away a £50 million worth of jewelry in a 50-minute raid.

Also, their wedding that took place back in 2013 was worth of £7 million.

Jay Rutland is a handsome man with a well-maintained athletic body physique in his 30s. He stands tall with a height of 5ft. 9inch. while his body weighs around 58kg. He has a fair complexion with long brown hair and dark brown eyes.

Trivias About Jay Rutland You Need To Know.