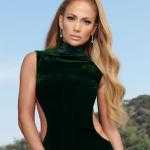 A popular and successful American singer, dancer, actress, and producer is known by the name of Jennifer Lopez. She is also popular by the name given to her J.Lo. Started her career as a dancer in 1991, and she later pursued her career in acting and singing. A Golden Globe-nominated Jennifer Lopez is the first Latin actress to earn over $1 million for a film and established herself as the highest-paid Latin actress in Hollywood. She is also the first singer to debut her album at number one on the U.S. Billboard chart in history. Forbes ranked her as the most powerful celebrity and 38th most powerful woman in the world in 2012. For her influential contribution, she has received a landmark star on the Hollywood Walk of Fame, the Michael Jackson Video Vanguard Award, and the Billboard Icon Award. She has received several awards for her contribution to the music, acting, and dancing industry. Some of her most popular songs are "On the Floor", "If You Had My Love", "All I Have", "I'm Real", and "Aint It Funny".

Gossips and Rumors about Jennifer Lopez

Jennifer Lopez is now engaged to former Yankees, Alex Rodriguez a.k.a A-Rod. The 43-years old former baseball player is one of the most designated players in baseball history. The two announced their wedding via Instagram. They both shared the same pic which shows Alex's hand holding JLo's hand with a massive engagement ring on her hand. The couple has been together for two years.

The 49-years old singer and actress, JLo has been married three times and has been now engaged five times. She has two twin children, Max and Emme, whereas her new fiance Alex Rodriguez has been married once and has two daughters, Ella and Natasha. This will be JLo's fourth marriage and A-Rod's second.

Jennifer Lopez once again stole the show when she appeared in a Giambattista Valli couture pink gown at the premiere of her new film, Second Act, last night. It was a bubblegum high-low featuring an empire waist and a fluffy train made from layers upon layers of tulle. Her gown was so large that she had to travel via bus to the premiere.

At the after-party, later that night, she appeared in a white ballgown with her boyfriend, Alex Rodriguez. She along with a few of her co-stars from the Second Act, left the after-party early to grab a pizza at Artichoke Basille's Pizza. Obtained from a picture taken by a fan, fan, she was seen biting a slice of a pizza sitting between her boyfriend, Alex, and co-star Leah Remini.

Second Act is a romantic comedy film scheduled to release on 21 December 2018. The movie stars Jennifer Lopez, Leah Remini, Vanessa Hudgens, Annaleigh Ashford, Freddie Stroma, and others. J.Lo is one of the producers of the movie and is directed by Peter Segal.

J.Lo., with her twins, Max and Emme, and her boyfriend Alex Rodriguez, with his daughters, Ella and Natasha decided to celebrate this year's Thanksgiving together. They took a picture of them cuddling together in a bed and Alex shared a picture of their sweet time together on his Instagram account. Guess what, It has become the most memorable joint Thanksgiving celebration for them and their fans. Let us say, it has clinched the cutest Thanksgiving family of the year.

On Thursday, Alex shared an Instagram photo that shows all six of them cuddling together in a bed, with a caption, "Thankful for mornings like this with the ones I love most. I am truly blessed. #HappyThanksgiving to all of you and your families. #gratitude". The love, intimacy, and affection among them can be clearly seen in the picture. Following three marriages and a couple of relationship failures, J.Lo. has once again found a partner to standby in her life. J.Lo. and Alex Rodriguez, a former baseball player started dating in February 2017.

What is Jennifer Lopez famous for?

Where was Jennifer Lopez born?

The full name of J.Lo is Jennifer Lynn Lopez. She was born on 24 July 1969. Her birthplace is The Bronx Borough of New York City in the United States. She was born to Puerto Rican parents Guadalupe Rodriguez and David Lopez. She holds American nationality. She has an older sister named Leslie and a younger sister named Lynda. She completed her high school studies at Preston High School. She was athletically excellent in her school. She enrolled in Baruch College just to please her parents, which she dropped out of after a semester. Following her parents' dissatisfaction with her dropping college, she moved out and started living in an apartment in Manhattan. She started taking dancing and singing lessons at the age of five.

The career of Jennifer Lopez

She started her career in television with In Living Color in 1991. Since then, she has appeared in numerous television series. Some of them are "Second Chances", "South Central", "Hotel Malibu", "Will & Grace", "How I Met Your Mother", and "Shades of Blue".

Lopez started her singing career by releasing "If You Had My Love" in 1999. It became one of the biggest hits in her career, which inspired her to release her debut album titled, On the 6. She also became one of the artists since Vanessa Williams and Martika established herself as a pop and film star at the same time. Her second album titled J.Lo debuted at number one in January 2001. She became the first woman to have a number one film and album simultaneously in the United States, after her romantic comedy film The Wedding Planner opened at the box office in the same week. She released This Is Me... Then in November 2002, Rebirth in February 2005, Spanish album Como Ama Una Mujer in 2007, Brave in October 2007, Love? in May 2011, and first greatest hits album, Dance Again... the Hits in July 2012, A.K.A. in June 2014. Some of her most popular songs are "Waiting for Tonight", "Love Don't Cost a Thing", "Jenny from the Block", " All I Have", "Que Hiciste", and "On the Floor".

Jlo has also established herself as one of the successful business people in the fashion industry. She launched her own clothing company, J.Lo by Jennifer Lopez in 2001, her next fashion label, Sweetface in October 2003, Jennifer Lopez Collection and Jennifer Lopez Home Collection in 2011, and Theology in July 2012. She has also partnered with several other brands selling cosmetics and clothes. She has also released several of her own fragrances, some of which became one of the best-selling fragrances in the world.

Who is Jennifer Lopez married to? 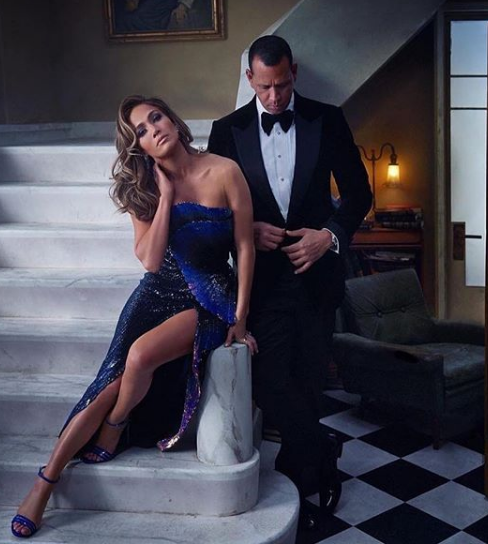 The 52-years old Jennifer Lopez has gone through lots of ups and downs regarding her personal life. She is married to actor, director, producer, and writer, Ben Affleck. Firstly, they dated each other from 2002 to 2004. their romance was widely covered by the media, ad tabloids gave them the nickname "Bennifer". In November 2002, they got engaged but due to intense media coverage, their September 14, 2003 wedding was postponed with four days' notice, and eventually, they ended their engagement in January 2004.

After 17 years of their separation, the couple reunited together in 2021. Also, Lopez announced their second engagement in April 2022. And finally, their wedding took place in Las Vegas on 16th July 2022.

Previously, she was married to Cuban Waiter Ojani Noa. They got married in February 1997 and split a year later in January 1998. Lopez sued his husband to prevent him from publishing a book about their marriage. Lopez received $545,000 as compensatory damages. A lawsuit regarding a compromising private honeymoon video in Noa's possession is still running.

Lopez started dating rapper and record producer Sean Combs in 1999. Lopez and Sean were arrested in December 1999 along with two others in connection with a shooting outside the Times Square Club in New York. Lopez was found not involved in the crime and was released soon. Lopez then dated and married former backup dancer Cris Judd in September 2001. Due to relationship differences, they split in June 2002.

In June 2004, Lopez got married to singer, actor, and record producer Marc Anthony. They gave birth to twins, a son, Maximilian David, and a daughter, Emme Maribel in February 2008. The issue of People published Lopez's twins' children in March 2008 paying reportedly $6 million to the couple, which became the most expensive celebrity picture ever taken at the time. However, the couple split in July 2011. From October 2011 to August 2016, Lopez had an on-off relationship with her former backup dancer Casper Smart.

Moreover, she was also engaged with New York Yankees baseball player Alex Rodriguez. They started dating in February 2017. They got engaged in March 2019. However, they announced the end of their relationship in April 2021.

What is the height and weight of Jennifer Lopez?

JLo stands at an average height of 5 feet and 5 inches. She has a body weight of 59 kg. She has a breast size of 34 inches, her waist is 26 inches, and her hip size is 37 inches. At the age of 52, she has still maintained her body. She wears 8.5 US-sized shoes. She has a brown colored eyes and her hair color is dyed brown.

What is the Net Worth of Jennifer Lopez?

As of 2022, the net worth of 52-years old actress and singer, Jennifer Lopez is estimated at around $400 million with an annual salary of $40 million. She is one of the most successful singers and actors in history. She has sold more than 80 million records worldwide. As an actor, her films have grossed a cumulative total of $2.9 billion to date. Forbes has listed her as one of the highest-paid female celebrities over the years.