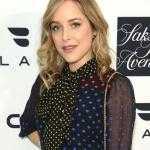 Jenny Ann Mollen, popularly known as Jenny Mollen is an American actress, writer, and author. She is the New York Times bestselling author. She is known for her roles as Nina Ash on the television series, Angel, and as Jenny on zombie horror television film Return of the Living Dead: Rave to the Grave. As an author, she also writes a humorous column for The Smoking Jacket and advice column for Playboy. She has over 391k followers on her Instagram.

Jenny Mollen Revealed She Dropped Her Son Injuring His Head

Television series Angel star, Jenny Mollen revealed that she accidentally dropped and injured her 5-year-old son, Sid. The 39-years old actress revealed the incident via her Instagram on 18 April 2019. She wrote, "On Saturday evening, I dropped my son on his head causing him to fracture his skull and landing him in the ICU.

I am forever grateful to Lenox hill downtown and @nyphospital for their immediate response and aid. Thank you to all of the nurses, neurologists, pediatricians, residents, cafeteria staff and brave women that keep the visitor‘s bathrooms clean. Not sure how this post turned into an Oscars acceptance speech... But @biggsjason Thank god for you! Thank god, thank god, thank god.

It has been a traumatic week but Sid is home now taking things slowly and recovering nicely. He is also eating a lot of chocolate dipped ice cream cones and plans to try cherry dipped soon.

My heart goes out to all parents who have or will ever find themselves in this kind of position. You are not alone..."

What is Jenny Mollen Famous For?

- Her role as Nina Ash on Angel.

- Her Jenny on television film, Return of the Living Dead: Rave to the Grave.

Where was Jenny Mollen Born?

Jenny Mollen was born on 30 May 1979. Her birth name is Jenny Ann Mollen. Her father is Dr. Art Mollen. Information about her mother is unavailable. Her birth place is in Phoenix, Arizona in the United States. She holds American nationality. Her zodiac sign is Gemini. She has 2 siblings, a brother, and a sister. She grew up in Phoenix, Arizona.

She worked in local theater led to work with The Old Globe in San Diego, California, The Idywild School, and the Oregon Shakespeare Festival in Ashland, Oregon.

She graduated from the University of California, Los Angeles, School of Theater, Film, and Television. She broke into the film industry while at UCLA.

She made her television debut in a minor role in crime drama series, 18 Wheels of Justice in 2000.

She is known for her role as Nina Ash in television series, Angel.

Her another major role is as Jenny on the television film, Return of the Living Dead: Rave to the Grave in 2005.

She appeared in a recurring role as Theresa Nolanski in 7 episodes on television drama series, Crash in 2008.

She was the co-host of Bachelor in Paradise: After Paradise in 2015.

She made her film debut in Billy makes The Cut in 2003.

She has appeared in short film, The Raven in 2004.

Her other films are Searching for Haizmann, D.E.B.S., Fear Itself, Cattle Call, My Best Friend's Girl, Off the Ledge, Crazy, Stupid, Love, Life Happens, Extracted, and Amateur Night.

It was announced in August 2016 that ABC Digital acquired a single-camera comedy written and starring Mollen based on her NYT Best Seller I Like You Just The Way I Am.

Mollen and her husband Jason Biggs as fictional husband and wife characters in the comedy film, Amateur Night.

It was announced in August 2016 that the film rights of the book, Live Fast Die Hot, had been acquired by Warner Brothers with Anne Hathaway attached to star and Mollen attached to write and executive produce.

She wrote a book of comedic essays, I Like You Just The Way I Am. The book reached #10 on The New York Times Best Seller list for Print & E-Book Nonfiction on its debut in June 2014.

She published a follow-up, Live Fast Die Hot, in June 2016. It became New York Times Best Seller at #8 in Humor.

Who is Jenny Mollen Married to?

Jenny Mollen is a married woman. She is married to actor Jason Biggs. They first met while filming My Best Friend's Girl. The couple got married on 23 April 2008 in Los Angeles, California. They also had a second wedding ceremony in California's Napa Valley in mid-June. Their first child, a son, Sid was born on 15 February 2014. The couple welcomed their son, Lazlo on 2 October 2017.

She speaks German fluently. She later explained in 2018 that she had a German boyfriend whose parents didn't speak any English. She lived in Germany with them after college and learned German. She speaks German with both of her children.

What are Jenny Mollen's Body Measurements?

Jenny Mollen stands at a height of 1.68 m i.e. 5 feet and 6 inches tall. She has a slim body build. Her other body measurements are not available. She has hazel eyes and her hair color is dark brown.

What is Jenny Mollen's Net Worth?

Jenny Mollen earns from her acting career. Working in the entertainment industry in her major source of income. She is also the New York Times bestseller. As of 2022, her net worth is estimated at $1 million.

Trivias About Jenny Mollen You Need To Know.