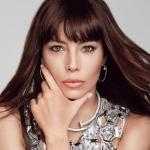 Jessica Claire Timberlake, popularly known as Jessica Biel is an American actress, model, singer, and producer. She is the wife of a famous American singer-songwriter, actor and record producer, Justin Timberlake. She started her career as a singer, singing in musical productions. Later she started her acting career from family-drama series, 7th Heaven. In 1997, Biel won the Young Artist Award for Best Performance in a Feature Film-Supporting Young Actress for Ulee's Gold. Biel was also the executive producer and starred in USA Network's limited drama series, The Sinner. She received a Golden Globe nomination for Best Actress-Miniseries or Television Film and Primetime Emmy Award nomination for Outstanding Lead Actress in a Limited Series or Movie for The Sinner. Some of the movies of Biel are The Texas Chainsaw Massacre, The Rules of Attraction, Blade: Trinity, Stealth, The Illusionist, The A-Team and Total Recall.

Jessica Biel and her husband Justin Timberlake had a great evening at Monday's 2018 Emmys ceremony and at after-parties. Biel was nominated for her work in The Sinner for Lead Actress in a Limited Series or Movie. Though she did not bag the award at the end, the Emmys hangover did not end for her. Biel posted a series of her photos and video on her Instagram. One of them was a stunning selfie with a cake smeared on her face and nose, that reads, "I'm so proud of you". She also posted another picture on Instagram captioned, "Portrait of a hungover woman who had cake for breakfast".

Biel was born to a father Jonathan Biel and a mother Kimberly on March 3, 1982, in Ely, Minnesota, United States. Her father is a Business consultant and General Electric worker and her mother was a homemaker and a spiritual healer. Biel has a German, French, English, and Scandinavian ancestry. She has a younger brother named Justin. Justin has launched and runs the eco-accessory line BARE. Bile's parents frequently moved from one city to another during her childhood. Thus she spent her childhood growing up in Texas, Connecticut, and Woodstock, Illinois. They later settled in Boulder, Colorado. Biel used to play soccer and was also a gymnast. Biel attended Tufts University in Medford, Massachusetts from 2000 to 2002.

Initially, Biel learned music to become a singer. She appeared in several musical productions at the age of nine such as Beauty and the Beast and The Sound of Music. Biel acquired an agent and professional talent manager while participating in a competition sponsored by the International Modeling and Talent Association in Los Angeles. She started modeling in print advertisements and commercials for products such as Dulux Paint and Pringles.
Biel made her film debut from the musical film, It's a Digital World. She played a lead role in the movie produced and directed by Paul Greenberg. Biel auditioned for several television pilots. Finally, she was cast in the family drama 7th Heaven as Mary Camden, the second oldest child. In 1997, Biel appeared in her first feature film, critically acclaimed drama Ulee's Gold. She played the role of Peter Fonda's granddaughter. For her performance, she won a Young Artist Award. Biel appeared in Summer Catch, The Rules of Attraction in the early 2000s. Bile rose into prominence for her role in The Texas Chainsaw Massacre. The movie became a commercial success but received more negative reviews. Biel's another movie Blade: Trinity also received similar reviews but was a commercial success. She played in Stealth, Cellular, Elizabethtown, London in the mid-2000s. Biel was named "Sexiest Woman Alive" in a six-part series by Esquire magazine in 2005. Biel's role in 2006 period piece The Illusionist was praised and the film received a mixed response. She was also a cast in 2006 film Home of the Brave alongside Nicolas Cage, I Now Pronounce You Chuck & Larry with Adam Sandler, 2007 film Powder Blue. Stuff magazine named Biel No. 1 on their "100 Sexiest Women" in 2007. Critics praised Biel for her performance in Easy Virtue as a young widow Larita in 2008. Biel also received a standing ovation from 17,000 people on the last night of fully staged concert production Guys and Dolls for her role of Sarah Brown in 2009. Biel appeared in Valentine's Day and A-Team in 2010, New Year's Eve in 2011, Total Recall, Hitchcock and Playing for Keeps in 2012, thriller film Emanuel and the Truth About Fishes in 2013. Bile's was a cast on the political satire film, Nailed alongside Jake Gyllenhaal. This movie was released in 2015 and received largely negative reviews from critics more than ever in her career. Biel received praise for her performance in independent drama Bleeding Heart in 2015. Biel then appeared in the thriller A Kind of Murderer, drama The Book of Love in 2016.
The year 2017 to the present, Biel had been working on USA Network's new eight-episode, limited-series-format mystery, The Sinner.

Biel and Justin Timberlake started dating from January 2007. They got engaged in December 2011. Five years later, the couple tied a knot to each other on October 19, 2012, at the Borgo Egnazia resort in Fasano, Italy. The couple has given birth to a son, Silas Randall Timberlake in 2015.
Earlier, Biel dated 7th castmate Adam LaVorgna for three years since 1998. Then, she dated actor Chris Evans from 2001 to 2006.
Biel is a charitable person by heart. Biel participated in a charity auction to raise medical funds for teen Molly Bloom, an accident victim. John Schiffner of Falls, Minnesota won the bid by $30,000 to have lunch with Biel. Biel also co-founded the Make the Difference Network with her father and another business partner, Kent McBride in early 2007. Biel summited Mount Kilimanjaro with the members of the United Nations Foundation to raise awareness of the global water crisis. Biel also worked with nonprofit health care organization WomanCare Global to develop content that will provide girls with sexual education.

At present, the net worth of Jessica Biel is estimated to be around $18 million. She earns mostly from her acting career. She started her career at a very young age. She is also a producer.

Trivias About Jessica Biel You Need To Know.