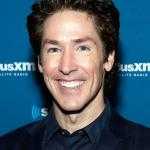 The word televangelism can be described as the Christians who decided to spread the word or evangelize through radio or televisions. Likewise, today in the nation, we can see there are many televangelism or religious leaders who televised to millions of viewers over the world. One of the biggest Christian ministers of date is Joel Osteen.

He is currently a senior pastor at the Lakewood Church and leads the largest Christian congregations in the US. He remarks that he tries to teach Biblical principles simply and focuses on positive attitudes. Further, he opposed discussing same-sex marriages, abortion, and politics. Also, he has been involved in the controversy of the response of the Hurricane Harvey controversy. Let's know more about the preacher nearly through this article.

Where is Jowl Osteen born?

Recalling his early life, Joel Osteen was born in Houston, Texas, USA. he is American by nationality and belongs to white ethnicity. His birth sign is Pisces. He was a son of John Osteen and Dolores Pilgrim as Joel Scott Osteen and grew up one of six siblings named Justin, Tamara, April, Paul, and Lisa Osteen. Like other members of the family, he was helping in church activities as a growing child.

Concerning her education, Joel attended Humble High School, and matriculated in 1981, then proceeded to the Oral Roberts University in Tulsa, Oklahoma for his college education, studying radio and television communications, however, he didn’t complete this part of his education, leaving the college abruptly to join his dad in church works.

How Joel Osteen become a preacher?

After Joel left college, he joined his dad’s church where he initially worked behind the scenes supported by televising the sermons, and did that meritoriously for 17 years until the death of his father, succeeding him as a preacher!

Joel was never formally trained in divinity or underwent formal indoctrination for the job of preaching; in fact, he never took the podium while his father was active. However, he had his only chance at the job on just one occasion when his father could not go on stage due to ill health on 17 January 1999. From that historic day, Joel was inadvertently commissioned to take the place of his father, as John Osteen the founder and lead senior pastor of Lakewood Church transitioned six days afterward when he suffered a heart attack.

The events following the demise of his father saw him growing in the spirit, and his style of preaching was a clear departure from his father and orthodox Christian theology. His sermon and preaching style was simple, upbeat and unassuming, and resonated with the large majority of faithful who felt good and elevated listening to him. Joel changed the beat and rhythm of the Lakewood Church sermons in promoting the goodness of God, a sermon style that earned him the title of prosperity preacher!

After he delivered well-coordinated sermons and attracted more followers with his teachings, he was ordained with the position and continued to lead the church to greatness as the membership grew quite rapidly from 5000 to 43,000 within a short period, and on 3 October 1999, he was formally installed the senior pastor of Lakewood Church.

Like his preaching, Joel Osteen books are extensions of his sermons, aiming to give people the reality of living a wholesome life in the goodness of God’s mercy. The following are some of the books he authored and published:

Who is Joel Osteen married to?

Reflecting on his personal life, Joel was married to his co-pastor, Victoria Uloff in 1987. The couple blessed with two children. They are Jonathan and Alexandra Osteen. The Osteen family is actively involved in the church ministration. His older siblings are all full-time ministers of the church while his half-brother Justin who is based in New York does missionary work.

Is Joel Osteen got a divorce?

Being a public figure, Joel's marriage and family life have been subjected to some very intense scrutiny in the past. After over 30 years of marriage blessed with a son and daughter, the couple seems happy and content to remain together for the rest of their lives; the scrutiny has not yielded any good dirt and as such there are no rumors or reports of conflicts in their marriage.

Victoria once spoke about their marriage saying they had to learn to adapt to one another, willing to change and most importantly, make the daily choice to build their home on unconditional love.

What is the net worth of Joel Osteen?

As an American preacher, televangelist, and author, Joel earns a decent amount of money and fame through his profession. Based on online reports, his estimated net worth said to $100 million at present. However, his salary is yet to be disclosed.

How tall is Joel Osteen?

Observing his body statistics, Joel stands a height of 5 feet 11 inches and weighs around 80 Kg. He has a pair of black eyes and dark brown hair color. Further, he used a 10.5 (UK) shoe size.

Trivias About Joel Osteen You Need To Know.