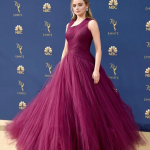 Joey Lynn King is an American Actress, Singer, and model, who began her career at a young age. This teenage starlet is widely recognized as an actress and singer around the globe.  She became famous for her role main character, baby Ramona Quimby in the family comedy film "Ramona and Beezus". Joey King was born on 30 July 1999 in Los Angeles, California. She is known for starring in movies, TV series, and Modeling.

Everything To Know About Taylor Zakhar Perez

Joey King is an American Actress, who was born on July 30, 1999, in Los Angeles, California. She was the third child of her parents Terry King and Jamie King. When she was younger her father has been an arm wrestling champion. She has two older sisters Kelli and Hunter, both are actresses. Joey King and her two sisters inspired by their grandmother theater actress Elaine Farrar. She is American by Nationality, Caucasian by ethnicity and Jewish-Christian by religion. She was interested in a career in the entrainment industry from an early age.

At the age of 7 in 2006, she made her acting debut in the popular 'Disney' sitcom 'The Suite of Zack and Cody.' which is a great platform for her talent.

In 2007, she was featured in the movie 'Reign Over Me' and voiced for the animated Movie'Horton Hears a Who!'.In the same year, she featured in the horror film 'Quarantine.'
In 2009, she voiced Beaver girl, for another animated film, 'Ice Age: Dawn of the Dinosaurs' and appeared in the TV film'Anatomy of Hope.'

In 2010, She played the first lead role of her career at the age of 9, in the comedy-drama movie 'Ramona and Beezus.'

Likewise in 2011, she appeared in the romantic comedy series 'Bent', 'The Dar Knights Rises' in 2012, 'Oz' as 'China Girl' in 2013 and in the same year her first big role was that of 'Christine Perron' in the horror film 'The Conjuring' and next movie 'Emily Cale' and in 2014 she appeared in the Comedy-drama film 'Wish I Was Here','The Sound and the Fury','Stonewall','Borealis', 'Greta Grimly' and in 2016 in the series 'Tween Fest' and was nominate for an 'Emmy Award.'

In 2018 she was featured in the movie 'The Kissing Booth' which is one of the most watched moves and contributed to her international fame. 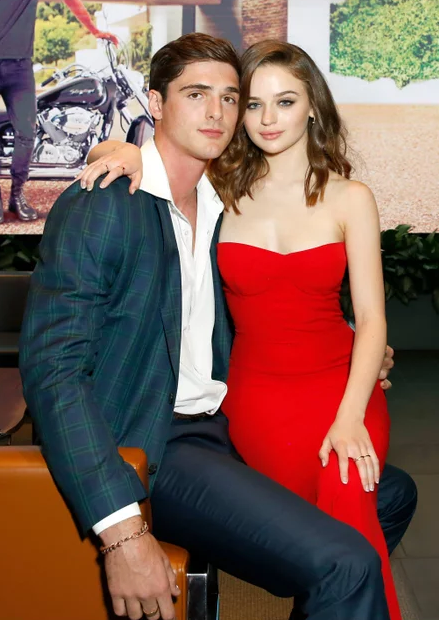 Joey is just in teenage, she began dating in 2017 after meeting in shooting in South Africa, a young Australian actor, a co-star from 'The Kissing Booth', Jacob Elordi.

Joey King has white facial tones, adorable personality and decently tall with the height of 5 feet 2.5 inches and weighs 51kg. Her skin is white toned, has dark brown hair and grayish blue eyes. Her body is slim measuring 34-26-33 inches, bra size is 32B and dress size is 8 (US) and wears 6 (US) size shoe.

Trivias About Joey King You Need To Know.