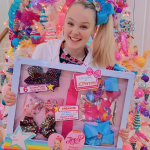 JoJo Siwa is an American dancer, singer, actress, YouTuber, and social media personality. She rose to prominence as a dancer on the Lifetime reality series Dance Moms (2015-16).

She used to post her daily videos of her day to day life on her Youtube channel "JoJo Siwa Vlogs".

Who is Elliot Brown? 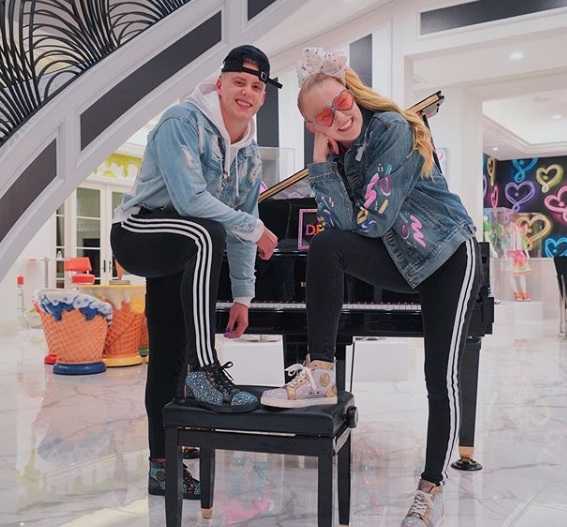 Currently, there are rumors that JoJo Siwa is dating high school footballer, Elliot Brown. Their affair was reported in February 2020 after they shared their pictures on their Instagram accounts.

JoJo Siwa born in Omaha, Nebraska, the United States as a Joelle Joanie Siwa. But she currently lives with her mother in Los Angeles, California, USA. Her nationality is American and she belongs to White ethnicity. She is a young talented and charming personality and her sexual orientation is straight.

She was born to mother Jessalynn Siwa and father Tom Siwa on the date of 19th May 2003. Her father is a chiropractor and her mother is a dance instructor. She has an older brother named Jayden Siwa. She has three dogs named Coco, Lulu, and BowBow.

As per her busy schedule, her parents prefer homeschooling for Jojo. Therefore, she is able to practice her songs, dance moves, and work on her YouTube channel. Currently, the 15-year-old YouTuber is single.

JoJo Siwa began dancing before she was even five years old. She made her TV debut appearing on the second season of the series Abby’s Ultimate Dance Competition with her mother in 2013. She was the youngest contestant on season two. She and her mother were eliminated in week nine. After that, she made her first appearance on Dance Moms during the fourth season in Abby Strikes Back where she attended the Orlando audition in 2015.

In 2015, she was nominated for the Industry Dance Awards in the category of “Dancers Choice Awards Favorite Dancer 17 & Under”. In 2016, she won the Reality Television Awards – Most Heartfelt Moment for her appearance in Dance Moms. In 2017, she awarded the Nickelodeon Kid's Choice Award for the favorite viral music star.

Her latest two singles "Every girl's a Super Star Girl" and "High Top Shoes" were released in 2018.

Net Worth of JoJo Siwa

Moving towards her income, she has an estimated net worth of $8 million as of 2018, including her assets. She earns an impressive amount from her career.

Apart from that she also collects a good amount from her bow business. In addition, she makes extra income from her music, acting, and other sponsored posts. She is also associated with numerous companies like Beauty Bakerie, LolSurprise, Nickelodeon, etc, With such earning, she is living a lavish lifestyle.

As of 2018, she is reportedly dating Nebraska footballer, Elliot Brown. Their fans started gossiping about her affair after she posted their couple picture with Brown on her official Instagram@itsjojosiwa in February 2020. Brown also posted some of those pictures on his Instagram@brown.e14. It can be assumed that the couple might be dating. We might see her with A-class boys real soon.

Prior, she has been rumored to be dating Matty B, a YouTuber in 2015. They posted several pictures and videos due to which their fans speculated that he might be her boyfriend. However, they have not confirmed anything. Similarly, she was also linked to an actor named Thomas Kuc in 2016. They are spotted together at several events.

Besides, She had a shaking relation with her co-stars Kalani Hilliker & Kendall Vertes, Maddie & Mackenzie Ziegler during the show Dance Moms. The girls were accused of being mean girls to Siwa. As time passes, JoJo's relationship with the girls seems to be repaired.