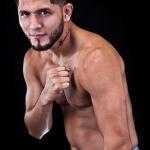 Jorge Masvidal is an American mixed martial artist. He is currently competing in the UFC's Welterweight division. He is ranked at number 11 in the official UFC welterweight rankings as of March 2019. He turned professional in 2003 and has competed for Bellator, Strikeforce, Shark Fights, and World Victory Road.

In the main event at UFC Fight Night 147 on 16 March 2019, Jorge Masvidal faced Darren Till. Masvidal defeated Till via knockout in the second round. The 34-years old fighter also won Fight of the Night and Performance of the Night bonus award after defeating Till.

After the fight, Masvidal got involved in the backstage altercation with Leon Edwards. In a video posted by ESPN, Masvidal could be heard saying, "Come over here, say that to my face." Security teams intervened the fighters.

Masvidal now has 33 wins and 13 loses record as a mixed martial artist. 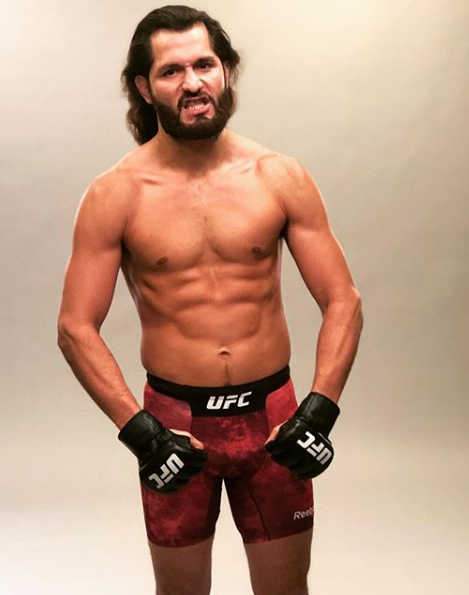 Jorge Masvidal was born on 12 November 1984. His birthplace is in Miami, Florida, United States. He holds American nationality. He belongs to Cuban and Peruvian ethnicity. His father was Cuban, whereas his mother was Peruvian. He grew up in Miami.

He was often involved in street fighting from a young age. On YouTube, there are the recorded videos of his fights defeating Kimbo Slice's protege "Ray". He competed in wrestling at St. Brendan High School. But he failed to stay eligible because of his grades.

He won kickboxing debut in April 2003 at Fast a Fearless event. He won via unanimous decision.

His most high-profile victory came in the main event of the Absolute Fighting Championships XII event in April 2005 defeating the current UFC competitor and The Ultimate Fighter 5 contestant Joe Lauzon via Technical Knock Out in the second round. Lauzon came undefeated at eight wins and no losses with all eight wins via submission.

He garnered a 3-0 record in the new defunct BodogFIGHT promotion.

Bellator signed him and he entered their Lightweight Tournament in April 2009.

In the semi-finals, he lost to Toby Imada at Bellator 5 by inverted triangle choke submission in the third round. It was acknowledged by Sherdog and MMA Junkie as Submission of the Year.

He was later released by Bellator.

He moved to the welterweight division to fight Paley at Shart Fights 13 in Amarillo, Texas in September 2010. Daley failed to make weight thus making the bout a catchweight. Masvidal was defeated by Daley via unanimous decision.

He signed with Strikeforce. He lost the fight against Gilbert Melendez for the Strikeforce Lightweight Championship in December 2011.

He made his UFC debut with a win against Tim MEans in April 2013.

He earned his first Fight of the Night bonus honors despite losing the fight to Rustam Khabilov in November 2013.

He faced Cezar Ferreira in a welterweight bout in July 2015 at The Ultimate Fighter 21 Finale. He won the fight and also earned a Performance of the Night bonus.

He defeated Jake Ellenberger at the Ultimate Fighter 24 Finale, Donald Cerrone at UFC on Fox 23. The latter fight also won him second Performance of the Night bonus.

He faced Darren Till on 16 March 2019 in the main event at UFC Fight Night 147. He defeated Till via knockout in the second round earning him his second Fight of the Night and Performance of the Night bonus awards.

He made his professional boxing debut in June 2005. He trained under Eric "El Tigre" Cantos.

He defeated Joseph Benjamin at the Radisson Mart Plaza Hotel in Miami, Florida.

He has not competed in professional boxing since.

Fight of the Night (Two times) vs. Rustam Khabilov and Darren Till

Performance of the Night (Three times) vs. Cezar Ferreira, Donald Cerrone, and Darren Till

Who is Jorge Masvidal Dating? 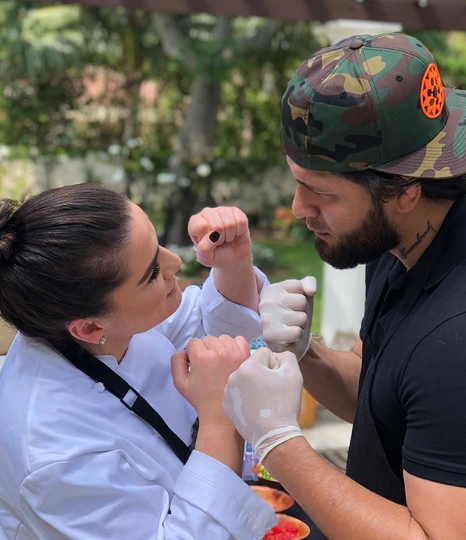 Masvidal in unmarried. He dated a girl for over 10 years. He has two daughters and a son with his ex-girlfriend. They later split. He is possibly single at present. No rumors about his current affairs with anyone has surfaced.

What are Jorge Masvidal's Body Measurements?

What is Jorge Masvidal's Net Worth?

Jorge Masvidal earns fighting in the UFC. He has earned Fight of the Night and Performance of the Night bonuses. Fighting as a mixed martial artist is his main source of income. As of 2019, his net worth is estimated at $1 million.