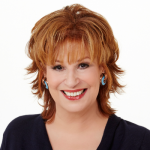 Joy Behar is a noted American comedian, actress, talk show host, and writer. She has hosted several talk shows on TV, namely, 'The View', 'The Joy Behar Show', 'Joy Behar: Say Anything!' and 'Late Night Joy'. She was a high school English teacher before joining the showbiz.

After a near-fatal ectopic pregnancy at the age of 37, she became a receptionist at ‘Good Morning America’ in hopes of getting a bigger role. Concurrently, she started presenting comedy routines in small clubs in New York, before getting a foothold in more well-known clubs. She was creating quite a buzz on the comedy scene in New York and by the age of 44, she started appearing on television.

A year later, she got her own show called, ‘Way Off Broadway’. Soon, she was appearing in small roles in TV series, films and Broadway shows. Behar became a household name in 1997 when she started co-hosting ‘The View’, a role she continues to play even today. Simultaneously, she hosts her own shows and has published five books. Let's know more about the multi-talented actress through this article.

What is Joy Behar known for?

Josephine Victoria “Joy” Behar is an American writer, comedian, and actress. She co-hosts The View’s daily talk show on the ABC. From 2009 to 2011, she hosted the HLN Joy Behar Show and Joy Behar: Say Anything! Late Night Joy, Behar’s latest late-night weekly talk show, aired on TLC in 2015. She has also written The Great Gasbag: An A–Z Surviving Trump World Study Guide. 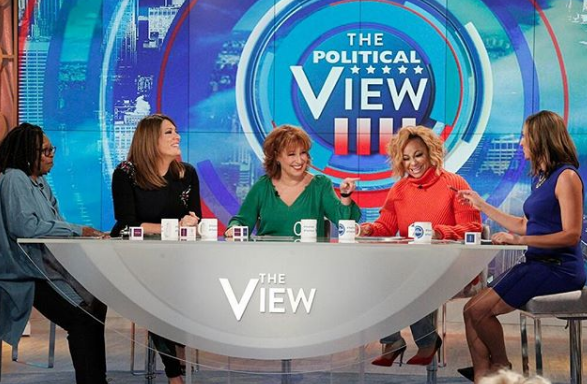 Who are the parents of Joy Behar?

Recalling her early life, Joy Behar was born as Josephine Victoria Behar in Williamsburg, Brooklyn, New York, U.S. Her father Gino Occhiuto was a truck driver at the Coca-Cola Company and her mother Rose Occhiuto was a seamstress. She was the only child of her parents. She holds American citizenship and is of mixed (Italian-American) ethnicity.

Regarding her education, Joy graduated from Washington Irving High School and studied sociology at Queens College, New York City University. She graduated from college in 1964 and was enrolled for a master’s degree in English at Stony Brook University.

When did Joy Behar begin to start acting?

Who is Joy Behar married to?

Reflecting on her personal life, Joy Behar was married twice in her life. In 1965, while studying for her master’s degree, she married her ex-husband Joseph Behar. She settled down at Centereach in Long Island after graduating as her husband continued to work at Stony Brook for his Ph.D. The couple shares a daughter born on November 26, 1970, Eve Behar. They got divorced in 1981, and Joy got custody of their daughter.

Joy began a relationship with a school teacher Steve Janowitz, after a year of her divorce. The couple decided to get married in 2009, but sometime later they called off their engagement. The pair finally tied the knot after 29 years of living together on August 11, 2011. They still share a strong bond.

How much net worth does Joy Behar own?

As an actress, Joy earns a decent amount of money and fame in the field of the entertainment industry. As per online sites, her estimated net worth said to be $12 million at present. However, her salary is yet to be disclosed. Further, she makes money as an actress.

How tall is Joy Behar?

Observing her body physics, Joy Behar stands a height of 5 feet 6 inches tall and has a normal weight of 57 Kg. She has brown eyes color and has blonde hair. Her body measurements are 38-31-41 inches.

Trivias About Joy Behar You Need To Know.