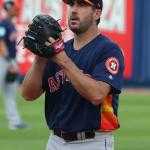 Justin Verlander is an American professional baseball pitcher who currently plays for the Houston Astros of Major League Baseball(MLB). Verlander debuted his career through the Detroit Tigers for 13 long seasons and then made his major league debut in the same club in 2005. Verlander also won the World Series title with the Houston in 2017.

Recently, on September 1, 2019, Justin Verlander pitched his third career no-hitter, which punctuated a dominant season by striking out 14 to lead the Astros over the Blue Rays.  Velander is the sixth pitcher in major league history to throw at least three no-hitters.

What is Justin Verlander Famous for? 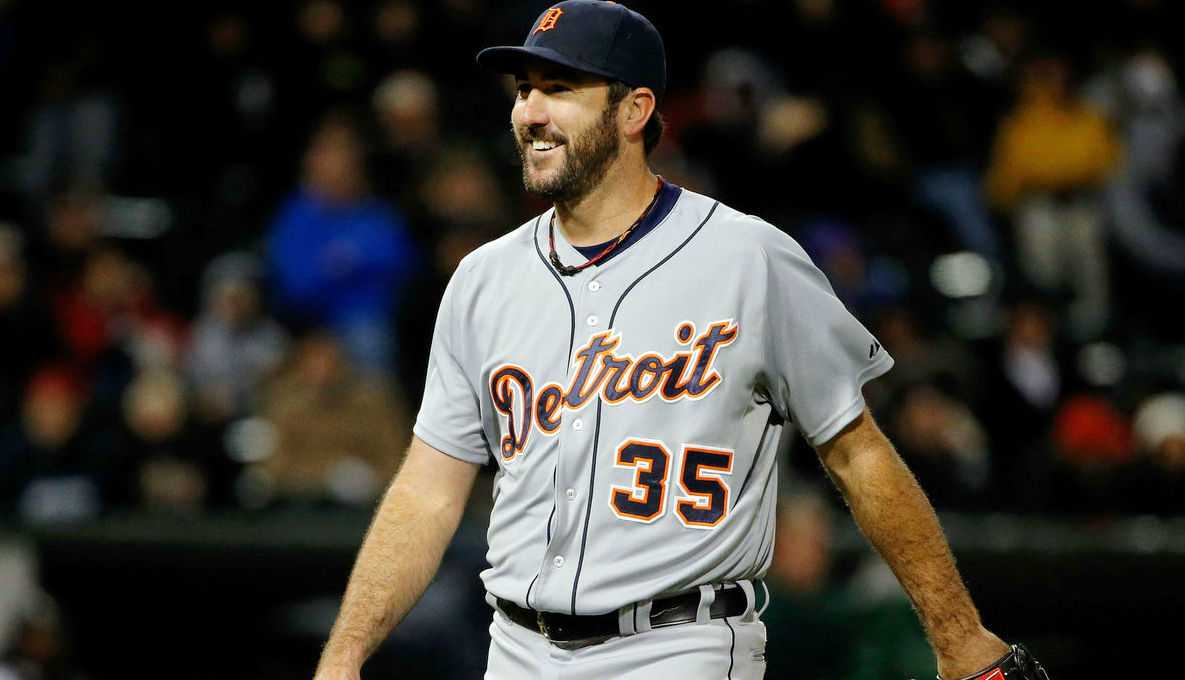 When was Justin Verlander Born?

Justin Verlander was born on February 20, 1983, in Manakin-Sabot, Virginia, US. His birth name is Justin Brooks Verlander. His nationality is American.  Verlander belongs to North American ethnicity while Pisces is his zodiac sign.

Verlander was born to Richard Verlander(father) and Kathy Verlander(mother).  He was raised in Manakin-Sabot, Virginia along with his younger brother named Ben Verlander. Ben played as an outfielder for the Tigers organization.

Verlander attended Goochland High School and then graduated from Old Dominic University. He had an interest in sports since his childhood and he used to play with his father at his house before.

When he was 13, he joined the Richmond Baseball Academy and shortly after joining the academy he clocked 84 mph and increasing to 93 mph later.

He pitched for the Old Dominic University baseball team for three years and setting a record of 139 strikeouts in 2003. In 2004, he broke his own record thus establishing a new Colonial Athletic Association record with 151 strikeouts. 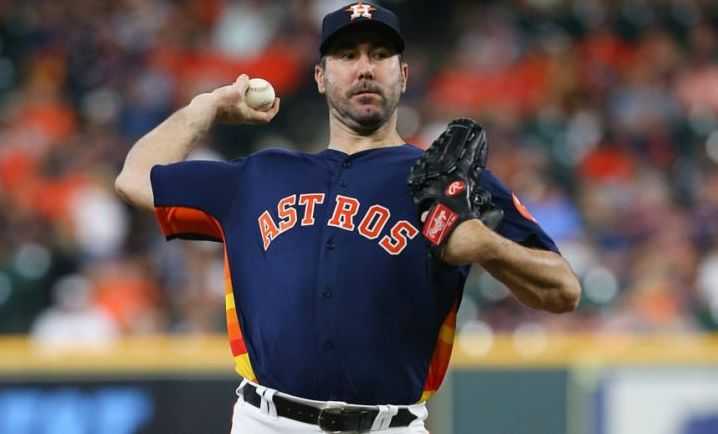 Justin Verlander And His Professional Career 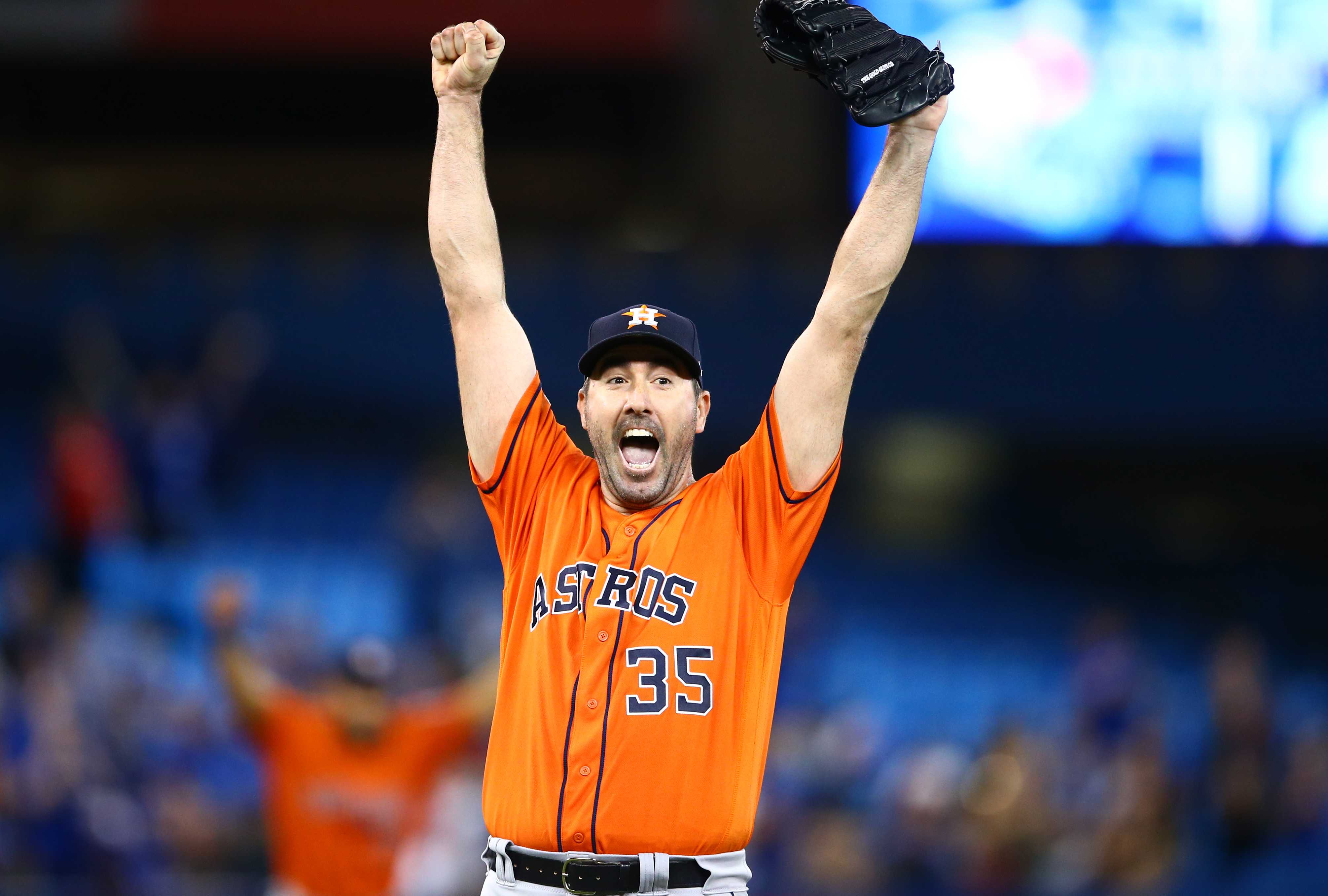 Justin Verlander won several titles and awards which include, the "Pitching Triple Crown", the "AL Cy Young Award", the "AL Most Valuable Player(MVP)", and the "Sporting News Player of the Year Award".

Verlander was also named the Most Valuable Player(MVP) of the 2017 League and was co-winner of the Babe Ruth Award in 2017.

Justin Verlander is a married man. Verlander is in a relationship with Kate Upton. Kate is an actress and a model. The couple started dating in 2014 and got engaged in 2016.

On November 4, 2017, Verlander tied a knot with his sweetheart, Upton in a medieval church in Tuscany, Italy, that was at a height of Montalcino valley. The couple announced of having their first child(Kate's pregnancy) on July 14, 2018, and a year after the couple welcomed a daughter named Genevieve.

In the past, Verlander had been in a relationship with Emily Yuen, with whom he met in his high school in Virginia.

Currently, Verlander along with his wife and daughter is living at Lakeland, Florida.

Verlander has started the "Wins for Warriors Foundation" for veterans of the U.S. military and has donated over $2 million.  He also supports various local Detroit charities and national efforts, "Red Cross". 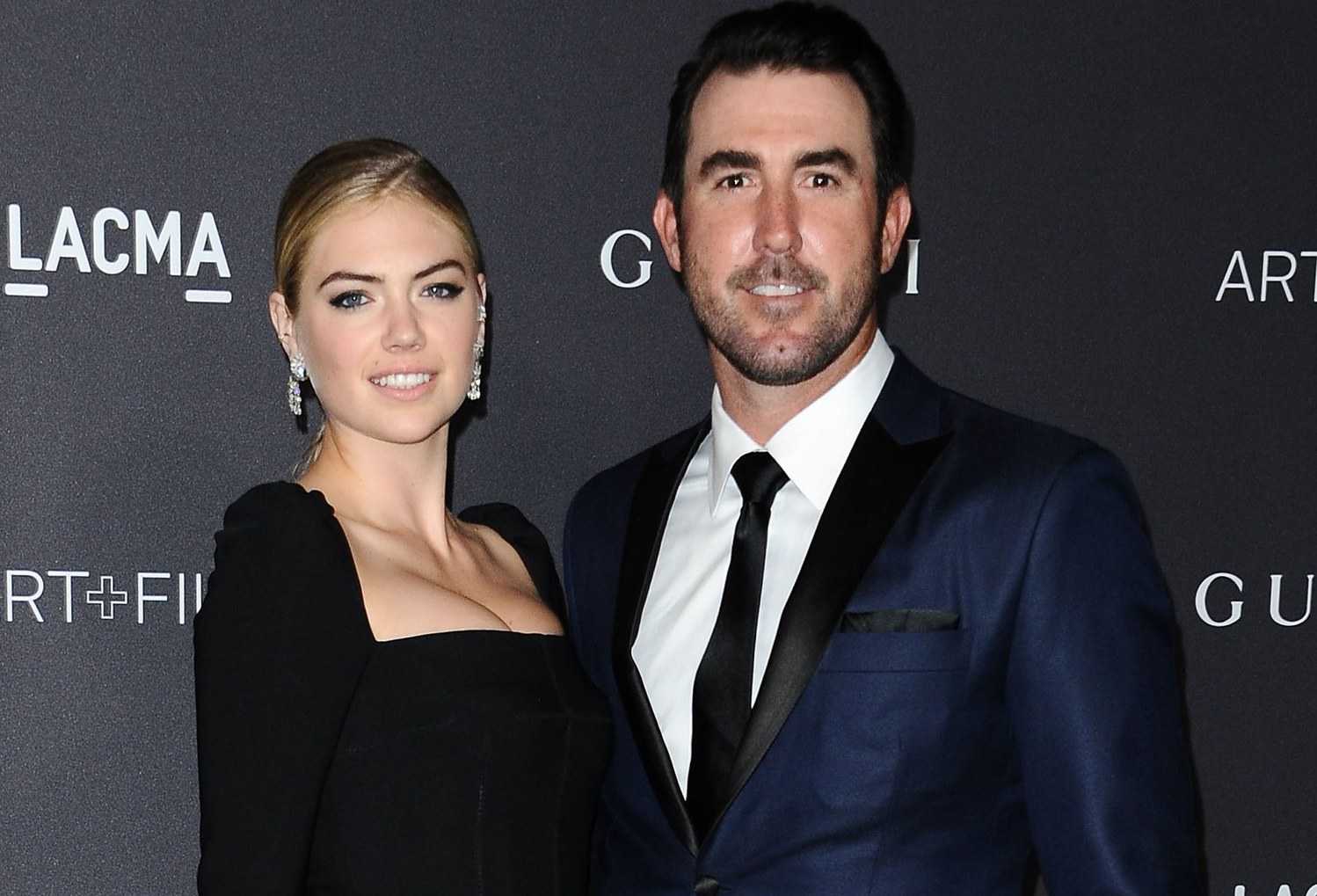 Who is the wife of Justin Verlander?

How much is Justin Verlander Worth?

The 36-aged, Verlander has an estimated net worth of $95 million. Looking up to his career, Verlander has been able to manage a great fortune of around $237 million from his salary and bonus in his MLB career.

In 2013, Verlander signed a contract of $180 million with the Detroit Tigers, which is one of the renowned contract. Currently, he signed a two-year $66 million contract with the Houston Astros with an annual salary of $33 million.

With the fortune in million dollars, Verlander is living a lavish lifestyle. Verlander also has bought one of the expensive cars including a real estate Beverly Crest($5.25 million) and a Lamborghini Aventador Roadster($400,000).

How tall is Justin Verlander?

Keeping up to Justin Verlander's workouts and training, Verlander has managed to maintain a good body physique. He stands tall with a great height of 6ft. 5inches(1.96 m).  He has a bodyweight of 102 kg(225 pounds) with 14(US) as his shoe size.

Verlander has a fair complexion with brown hair and dark brown eyes.

Trivias About Justin Verlander You Need To Know.