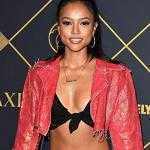 Karrueche Tran is an American actress and model. She rose to prominence when she started dating singer Chris Brown in 2010. She is best known for her roles as Vivian Johnson in the web series The Bay, and as Virginia Loc on TNT's series Claws. She has over 8.7 million fans on her Instagram.

What is Karrueche Tran famous for?

- Her roles as Vivian Johnson in the web series The Bay and Virginia Loc in TNT's series Claws. 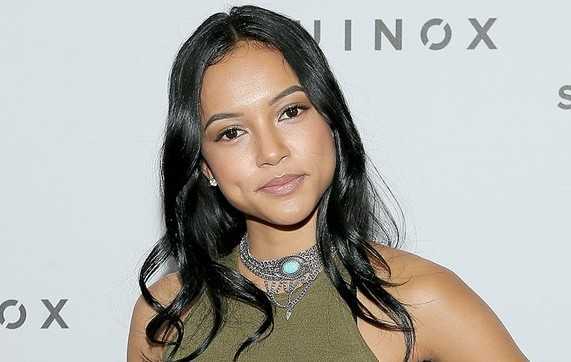 Where was Karrueche Tran Born?

Karrueche Tran was born on 17 May 1988. She was born to a father, DeVon Minters, and a mother, Cindy Adamson. She was born in the United States. She holds American nationality. She belongs to mixed ethnicity. Her mother is Vietnamese, while her father is African-American. She was raised by her mother and Jamaican godmother. She grew up in Los Angeles, California. Her religion is Christian. Her zodiac sign is Taurus. She has a brother Raymond Adamson.

She attended Fairfax High School and later graduated from Birmingham High School in 2006. 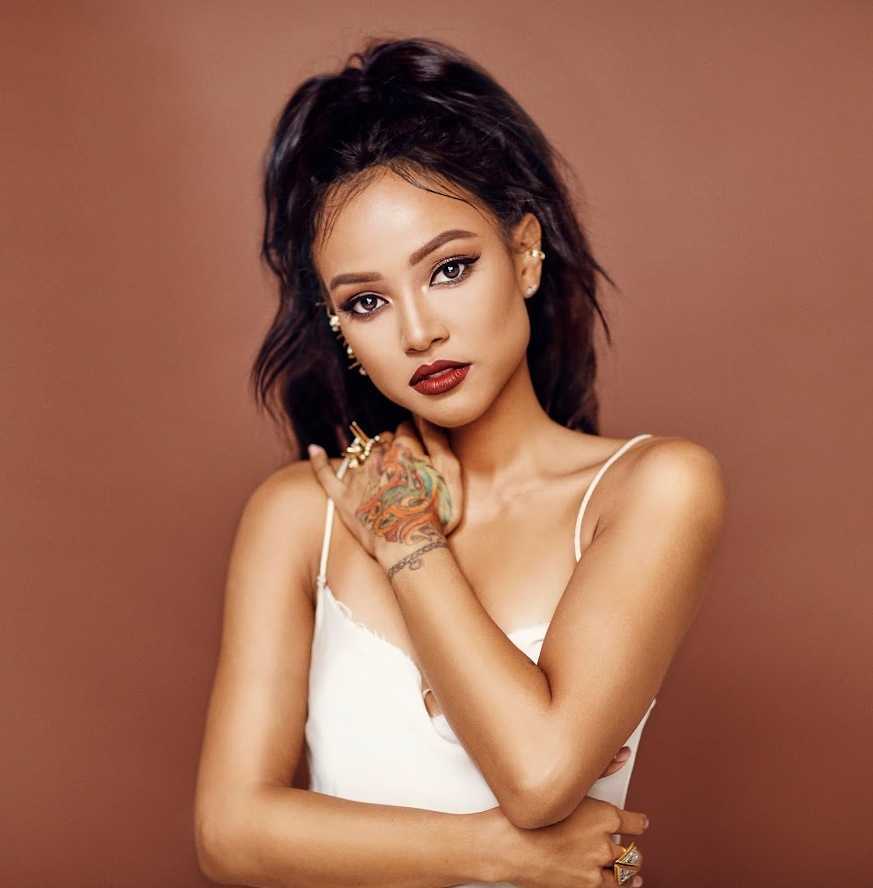 She started her career as a personal shopper in the fashion industry.

She later worked as a free-lance celebrity stylist in Hollywood.

She started modeling appearing in photoshoots for local brands. She became the face of the women's division under the streetwear brand Crooks and Castles, Lady Crooks for their Summer 2013 collection.

She started working on her own clothing line, The Kill.

She landed the role of Vivian Johnson in the Emmy award-winning web series, The Bay. She co-starred in the series from 2013 to 2016. 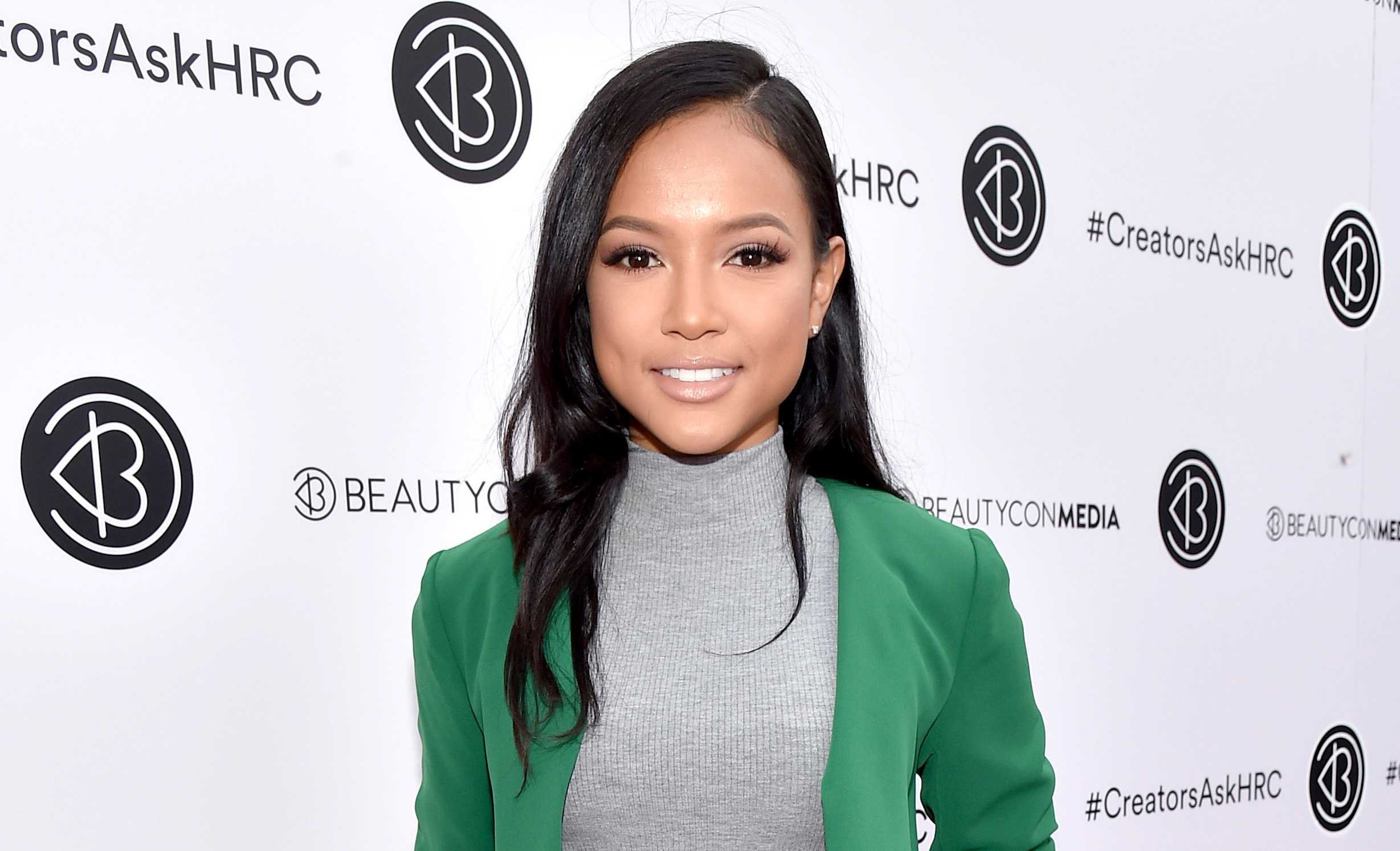 She appeared in volume one book of the photography book, Love West Coast Girls by celebrity photographer Mike Miller in 2014.

She hosted the BET Awards red carpet in 2014.

She appeared in TV One movie, The Fright Nite Files in 2014.

She was featured in the Spring/Summer lookbook for French-based athletic brand Le Coq Sportif in 2015.

She also appeared on the covers of magazines such as Rolling Out, Cliche Magazine, Ouch Magazine, The Hundreds, Flaunt Magazine, Bleu Magazine, and Annex Magazine.

Her two feature stories were featured on ELLE.com.

She then signed a contract with Wilhelmina Models LA in 2015.

She made her feature film debut from 3-Headed Shark Attack in 2015.

She appeared in the lead role in the short film PrXde.

She then appeared as Vaness Ivy in the fashion web series Vanity.

She had supporting roles in A Weekend with the Family and The Nice Guys in 2016.

She appeared in the lead role as Chloe in Only for One Night in 2016.

She started co-starring in TNT Claws since 2017. 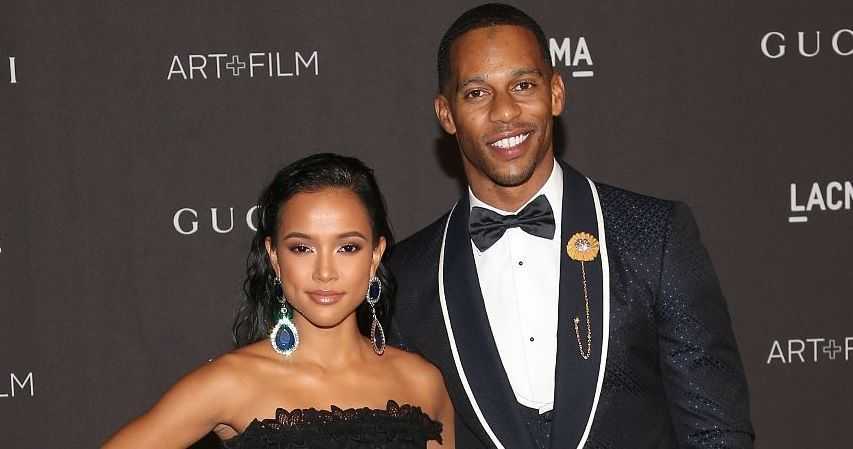 Who is Karrueche Tran Dating?

What are Karrueche Tran Body Measurements?