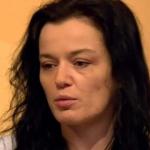 Katie Jarvis is a popular English actress. Jarvis is known for her roles as Mia Williams in the 2009 drama film, Fish Tank, and the BBC soap opera, EastEnders. She stepped back from acting in 2019 and began working as a security guard. She was sentenced to a two-year community order, with 200 hours of unpaid work and a requirement to complete 60 days of specified activities in April 2022 after she pleaded guilty to racially aggravated harassment and common assault, the incident that took place in July 2020.

What is Katie Jarvis Famous For?

Where is Katie Jarvis From?

Katie Jarvis was born on 22 June 1991. Her birth place is in Dagenham in England. She holds an English nationality. She was born to her father, Paul, and her mother, Tamara. She belongs to the white ethnicity and her religion is Christianity. Her zodiac sign is cancer. More information about her family, siblings, early life, and education will be updated soon.

Who is Katie Jarvis Husband?

Katie Jarvis has been in a relationship with her partner, Brian Hanlon for a long time. Together, they share two children. She gave birth to her first child, a daughter, Lillie Mae in 2009 and her second child, a son, Alfie in April 2011. More details about her personal life, dating, and relationships will be updated here.

Jarvis was arrested on 31 July 2020 in Southend-on-Sea on suspicion of assault and racially aggravated public order. She was charged with racially aggravated harassment, common assault, and two counts of assault by beating. She appeared at magistrates' court on 14 April 2021, where she did not enter any pleas and chose to have a trial at Crown Court. She pleaded not guilty to the charges on 24 May 2021 and claimed to be the victim of the attack. She was bailed until her trial was set for 19 April 2022. On her trial, she admitted to racially aggravated harassment and common assault. She was sentenced to a two-year community order, with 200 hours of unpaid work, and a requirement to complete 60 days of specified activities.

What is Katie Jarvis Height?

What is Katie Jarvis Net Worth?

Katie Jarvis is a former actress who is best known for her role in the BBC soap opera, EastEnders. During her time in EastEnders, she was paid a handsome salary. She has starred in several other films and tv shows. Her net worth is estimated below $1 million at present.

Trivias About Katie Jarvis You Need To Know.