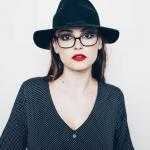 Kayla Wallace is a Canadian actress, singer, and dancer. She is known for her work on ABC's The Good Doctor, Once Upon A Prince and Christmas Solo. Her recent work includes working in the 6th season on When Calls the Heart and My Mother's Split Personalities. She has over 2.5k followers on her Instagram.

Kayla Wallace was born in Vancouver Island in Canada. Her date of birth is not available. She holds Canadian nationality. Information about her parents is currently unavailable. She started performing just at the age of 6. Her interests in theatre led to the development of her passion for working in films and television. She dreamt of becoming a film actor after attending a high school acting program workshop, which was led by the well-known Vancouver actress, Erica Carroll and Ali Liebert.

After graduating from high school, she attended The Canadian College of Performing Arts in Victoria, BC. She trained in acting, dancing, and singing in the college. She received a Certificate in Performing Arts. She then moved to Vancouver to train and pursue her professional career in acting. She also trained with several acting studios in Vancouver.

While she was still in Victoria, she landed the role of a dancer for the "Be Our Guest" scene in the Disney movie, Descendants in 2014.

She auditioned for the role and it was her first professional audition ever.

She was cast in the television movie, Christmas Solo in 2017. She was cast as Mellisa in the film.

She made a guest appearance as Grace Mitchell on the television series, The Good Doctor in 2017.

She then appeared in TV Movie, Once Upon a Prince in 2018. She appeared as Avery in the movie.

Once Upon A Prince was her first Hallmark movie.

She appeared in the TV movie, Counterfeiting in Suburbia in 2018, where she played the role of the bad girl, Erica.

She was also cast in the sixth season of the Canadian-American television drama series, When Calls the Heart in 2018.

However, the series was put on a "retooling" hiatus after Lori Loughlin, one of the main cast of the series was dragged into 2019 college admissions bribery scandal.

She also appeared in the film, My Mother's Split Personalities in January 2019.

Who is Kayla Wallace Dating?

Kayla Wallace is unmarried. She is in a relationship. However, the identity of Kayla's boyfriend is not revealed yet. She has maintained a secret personal life to date. She might disclose her love sometime in the near future. It will be updated.

What are Kayla Wallace Body Measurements?

Kayla Wallace is beautiful and has an attractive body. She has a slim body build. Her height, weight, and other body measurements are currently unavailable. She has brown eyes and her hair color is dark brown.

What is Kayla Wallace's Net Worth?