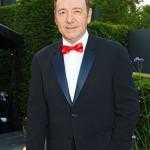 Kevin Spacey is an American actor, producer, and singer who has acted in many movies such as "Swimming with Sharks", "Seven", "Baby Driver", "K-PAX", "Superman Returns" and "Pay It Forward".He also hosted the 71st Tony Awards in 2017. He has won one Tony award, One Golden Globe Award, two Academy Awards, and two Screen Actors Guild Awards.

What is Kevin Spacey famous for?

Kevin Spacey, a former House of Cards star had been alleged for a criminal case for a long time. Kevin was alleged that he had groped Journalist, Heather Unruh's 18-year-old son at a bar in Nantucket three years back in 2016. Recently on Wednesday, 17th July 2019 Massachusetts prosecutors dropped the felony indecent assault and battery charge against Kevin after the alleged victim invoked his right.

The alleged victim said that he was sexually assaulted by Kevin Spacey at a Massachusetts report island bar in 2016. However, Kevin Spacey is not vindicated to the case. The accuser's phone which was evidence to the case had been lost. The victim said that he was texting with his girlfriend during that incident. Due to the unavailability of the complaining witness, the accuser decided to stop testifying.

Spacy was also in a sexually assaulted case in 2017 to an actor, Anthony Rapp. Rapp said that Spacey tried to have sex with him when Rapp was 14 and Spacey was 23. However, Spacey's apologized to Rapp saying that it was due to his drunken behavior and he announced him as a gay. 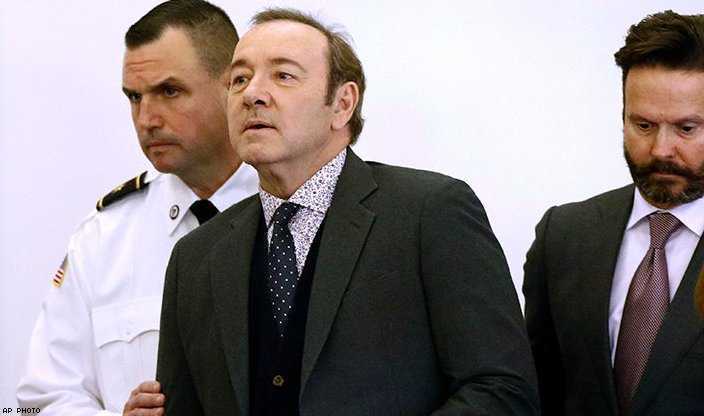 Kevin Spacey was born on 26th July 1959 in South Orange, New Jersey, US. His birth name is Kevin Spacey Fowler. American is his nationality. His ethnicity is White. Leo is his zodiac sign.

He was born to Thomas Geoffrey Fowler(father) and Kathleen Ann(mother). His father was a technical writer while his mother was a secretary. He has an older brother, Randy Fowler and a younger sister, Julie Ann Fowler. His brother is a limousine driver and impersonator in Boise, Idaho, and his sister is an office worker.

When he was four years old, his family moved to southern California where he was raised. His father was sexually and physically abusive to his family. He did his schooling from Northridge Military academy. Later, he attended Chatsworth High School and graduated in 1977 with a degree in co-valedictorian.

During his school days, he participated in the school's Senior Production of The Sound of Music. He started using his middle name as his surname in high school. He became a member of Group 12 and studied drama from Julliard School in New York City in 1981. He also performed comedy in bowling alley talent contests in 1980. 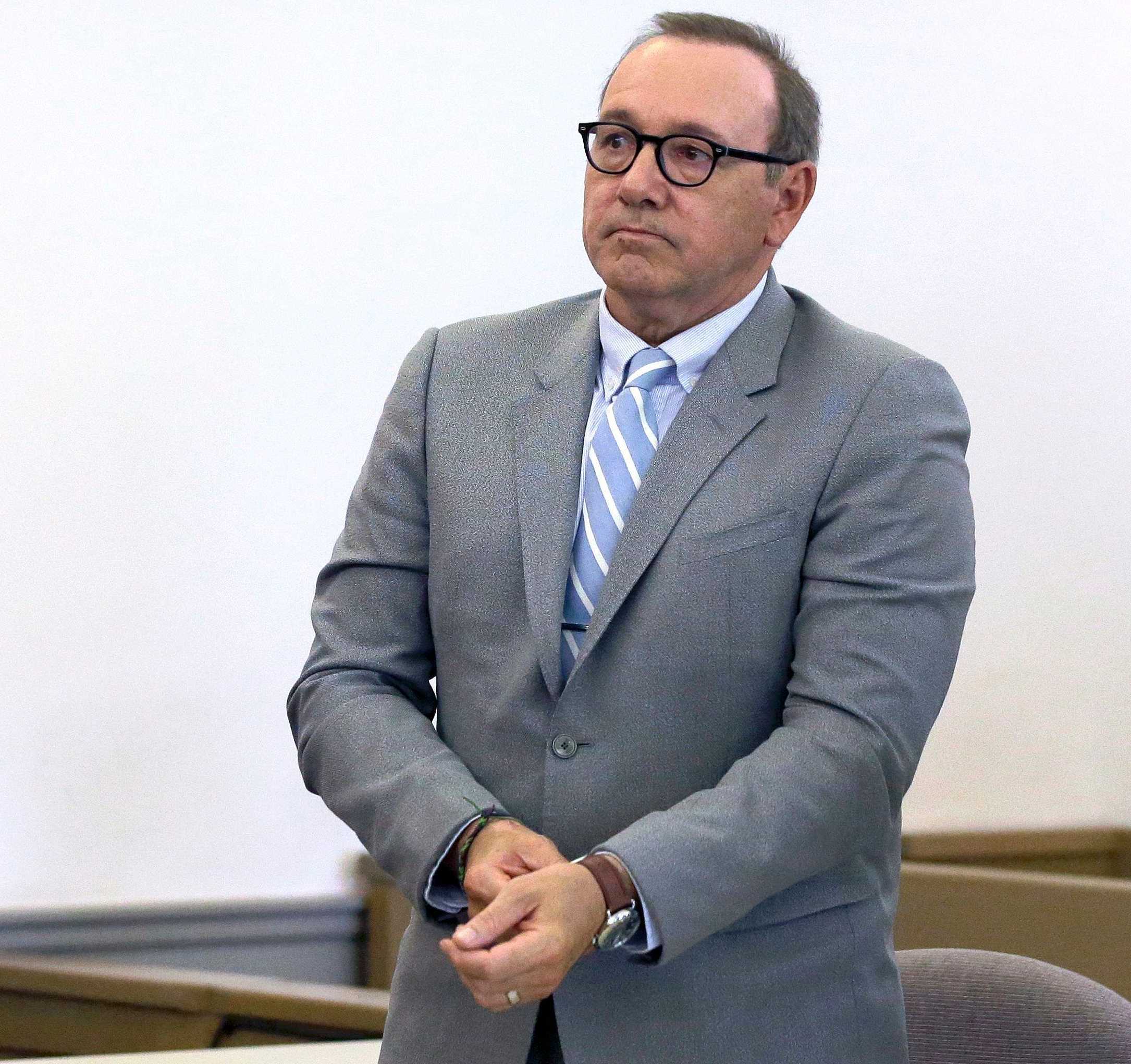 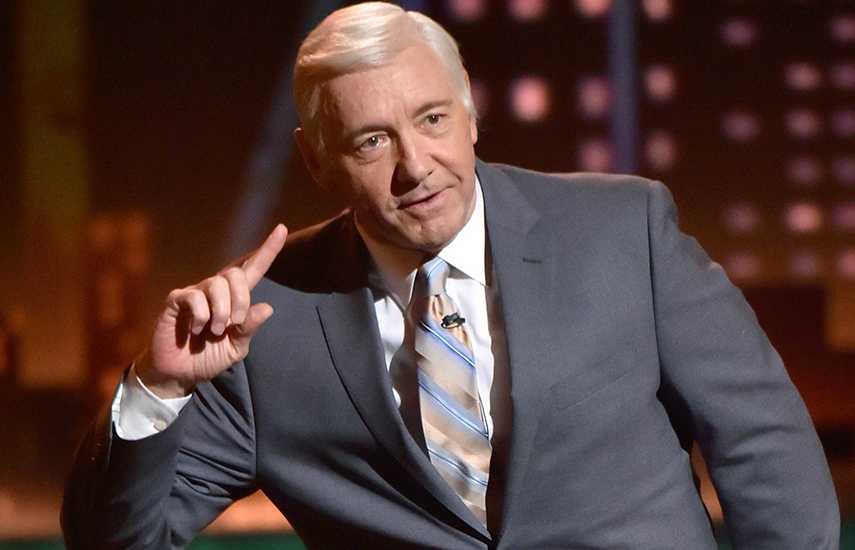 House of Cards is an American political thriller television series of Washington DC. Kevin Spacey portrayed the role of congressional Frank Underwood from it's the first season to fifth. He started playing the role in the series in 2013. This TV series was created by Beau Willimon. It is based on Michael Dobb's novel "House of Cards". He has won one Golden Globe Award and two Screen Actors Guild Awards for his role in the series. He was very much appreciated for his role in the series. He left the series on 4th December 2017 due to some misunderstanding with the director.

The American actor and producer, Kevin Spacey is not married yet and is also not in any relationship. His sexual orientation is Gay. He accepted himself as a gay in 2017 by apologizing Rapp for sexually assaulting him. At present, he is living in Baltimore, Maryland, US.

Previously, he also dated actresses like Jennifer Leigh and April Windchill. He was also rumored to be dating Ashleigh Banfield in 2017.

He has won two Academy Awards, one Tony Award and one Golden Globe Award. He also got an honorary commander and knight commander respectively in 2010 and 2015 by Prince Charles. 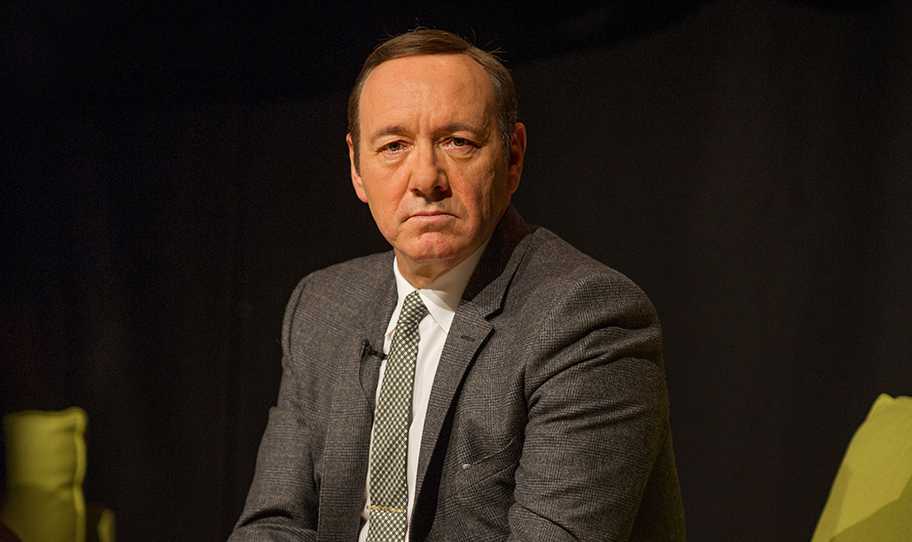 Net Worth: How much money does Kevin Spacey make?

The American actor, producer, and singer, Kevin Spacey earns a good amount of money from his profession. He has an estimated net worth of $100 million as of 2019. His worth includes all his property and his present earnings. At present, he is living a luxurious life with his present earnings.

Physique: How tall is Kevin Spacey?

The 59 years aged, Kevin Spacey has a well-maintained body. He has around 637k followers on his Instagram account due to his cute look. He stands at a height of 5ft 10inches(1.78m) and has a body weight of 80kg(176 lbs). He has fair complexion with light brown hair and Brown-Green eyes. His body measurement is 42-34-14 inches.