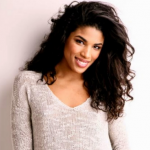 The gorgeous Kirsten Corley has recently come into the attention of the media as she was introduced as famous rapper Chance the Rapper as his wife. The couple got engaged on the American Independence Day of 2018. Although they have legally been married since December 27, 2018, they made a big celebration on Saturday (09th March 2019) at the Resort at Pelican Hill in Newport Beach, California. 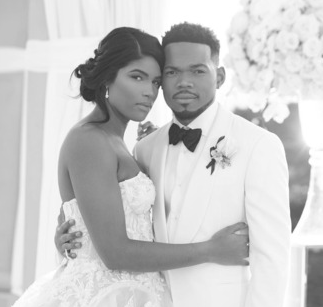 Who is Kirsten Corley's rapper husband, Chance The Rapper?

The hip-hop star Chance the Rapper wed his longtime girlfriend Kirsten Corley on Saturday at the Resort at Pelican Hill in Newport Beach, California.

The “No Problem” rapper born Chancellor Jonathan Bennett revealed on his Twitter that he first met his bride when he was 9 years old at a party that took place at his mother’s office and Corley performed a Destiny Child Dance routine. He added that it was love at first sight and he knew that he would marry her.  Indeed, 16 years later the two have said I do.

The couple is blessed with a three-year-old daughter, Kensli and has legally been married since December 27, 2018, although they made a big celebration on Saturday.

Kirsten Corley was born in Chicago, Illinois, the United States. She belongs to American nationality and holds African-American ethnicity. However, Corley hasn't revealed her exact date of birth. However, it is known that she celebrates her birthday on the 31st of May which was revealed from the posts on social media.

Moreover, she hasn't revealed any information about her parents and siblings. Talking about her educational background, she attended Depaul University.

According to some online sources, she used to be work as a Model, Branding/Media Freelancer, Real Estate Agent and a former employee at Worn Creative Advertising/ Marketing Company. She is also the author of the book, But Before You Leave. But what is she does, it was a mystery till dates.

Furthermore, She has gained a wide recognization for being the girlfriend of the singer, Chance the Rapper. 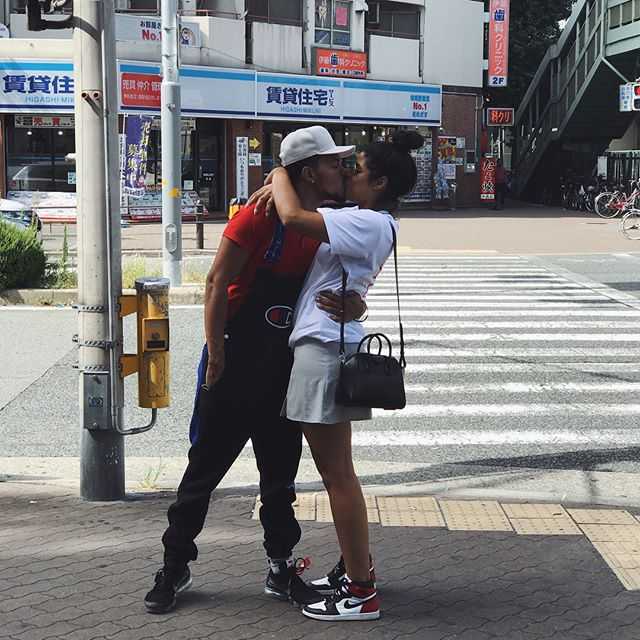 Reflecting her personal life, she is in a relationship with her long-term boyfriend Chance The Rapper. The couple began dating back in 2013. Corley and Rapper welcomed their daughter named Kensli Bennett in September 2015.  But in May 2016, Corley and her partner Rapper separated after Corley filed court documents to declare Rapper as Kensli father. Later, the duo had an agreement and Corley withdrew her filing in January 2017. Since then the couple is still together.

On July 4, 2018, Rapper proposed his girlfriend Corley in front of several of their friends and family while having a backyard party. Corley accepted the proposal and finally, got engaged. Their engagement video was shared by one of their friend on Instagram. Moreover, Rapper also Twitted saying "She said yes."

On December 27, 2018, the news comes out that they got legally married. But on Saturday, 09th March 2019, they celebrate their marriage at the Resort at Pelican Hill in Newport Beach, California with some renown guests included fellow rapper Kanye West and wife, Kim Kardashian, Comedian Dave Chappelle, and gospel star Kirk Franklin.

Till date, Kirsten Corley is not involved in any profession. So, there is no source of her income and her net worth is unknown yet. However, her boyfriend, Rapper has an estimated net worth of $9 million. Corley is living a lavish and standard life with her husband and daughter.

Observing her body Statistics, She has a height of 5 feet 9 inches and weighs around 61 Kg. Similarly, she used to wear the 34B size of bra and 6.5 sizes of shoe. Her body measures 34-25-36 inches and her hair and eyes color are black. Furthermore, she has inked Tattoos on her back.