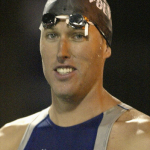 Klete Keller is a famous American former competition Swimmer. He has won medals at 2000, 2004, and 2008 Summer Olympics in the 400-meter freestyle and the 4×200-meter freestyle relay. From 2004 to 2007, Keller trained at the University of Michigan in Ann Arbor under Bob Bowman and former head coach Jon Urbanchek. He has left Ann Arbor and returned to USC to finish school and train under coach Dave Salo. While at USC, Keller won multiple individuals and relay Pac-10 and NCAA Championships in the 200, 500, and 1,650-yard freestyle, as well as freestyle relays. He was listed as a real estate agent with Hoff & Leigh in Colorado until Tuesday. Hoff & Leigh made a statement Tuesday afternoon that Keller, an independent contractor, had resigned.

American Klete Keller, who won two Olympic gold medals as a relay teammate of Michael Phelps, was identified as being among the Donald Trump supporters inside the US Capitol last week, according to multiple reports. He was captured on video inside the U.S. Capitol Rotunda during last week’s violent election protest. A video posted by a reporter from a conservative outlet, Townhall, appeared to show the 6-foot-6 Keller towering over a crowd that was pushing and shoving with police officers who were trying to clear the Capitol Rotunda. A swimming news site, SwimSwam, first reported Keller’s presence at the Capitol riot on Monday. The video had been circulating in the swimming community since last week, and several people who saw it are said to have reported Keller to the authorities. He had worked in recent years as a real estate agent in Colorado Springs. His agency, Hoff & Leigh, confirmed he was employed there when contacted by SwimSwam, but by Monday night the company had removed Keller's profile and nearly all references to him from its website. 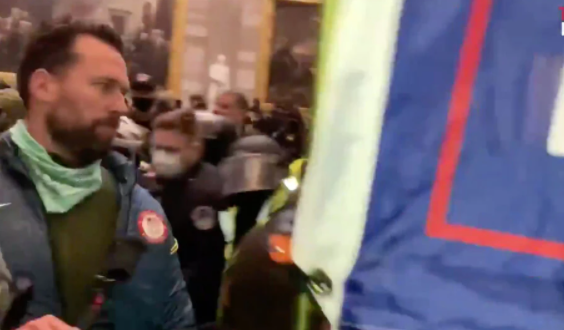 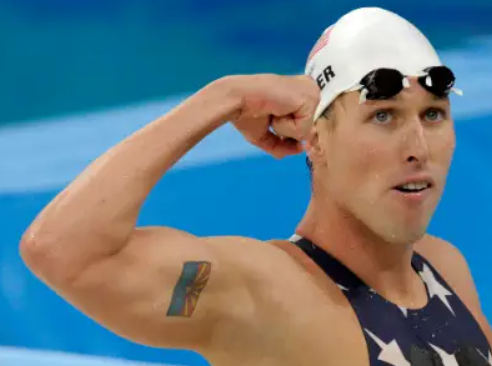 What is the Birthplace of Klete Keller?

Klete Keller was born on 21st March 1982 in Las Vegas, Nevada, the USA (birthplace). His birth name is Klete D. Keller. His nationality is American and his ethnic background is American-White. As of 2020, he celebrated his 38th birthday and he will next celebrate his 39th birthday in 2021. Aries is his Zodiac sign and his religion is Christian. Talking about his family members, he was born to his father, Kelly, and his mother, Karen. Talking about his parent's occupation, his father had played basketball and his mother had swum for Arizona State University. He has two siblings; sisters named Kelsey and Kalyn. Both his sister's would-be swimmers, with an older sister, Kelsey swimming for the University of Washington, and younger sister Kalyn swimming for USC and competing at the 2004 Summer Olympics.

Concerning his education, he was graduated from Arcadia High School in Phoenix, Arizona, the USA. After that, he attended the University of Southern California for two years from the year 2000 to 2001, but he left school to focus on swimming.

How was the Career of Klete Keller? 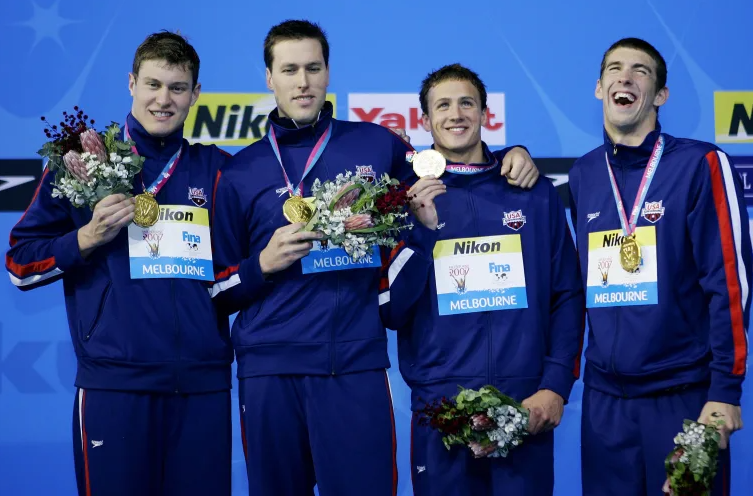 Who is Klete Keller married to?

Klete Keller was a married man but his present marital status is divorced. After his post-2008 Olympics, his life stepped down as well as his marriage life suffered. His wife divorced him by 2014. He then became unemployed and also became homeless. He was living out of his car for roughly ten-month. He also said that he lacked visitation rights with his children for four years named Finley, Carson, Wyatt. He owed payments to his wife in back child support. In an interview, he stated that he had failed to find similar successes in his endeavors after retiring from swimming. He said that he made the mistake of not having the foresight to plan for his post-swimming career, and felt somewhat "bitter" both towards himself and his sport. He said that during what he regarded as his personal comeback, he made a living by teaching swimming lessons and operating swim clinics. He is currently living in Colorado Springs since the year 2018. There, he began his career as an independent contractor with the real estate firm Hoff & Leigh. Details about his wife's name and their married date is still a mystery. His sexual orientation is straight and he is not gay.

In the year 2012, his sister, Kalyn married her husband, Keenan Robinson in Michigan. She retired from swimming due to Crohn's disease.

What is the Net Worth of Klete Keller?

Klete Keller is a former swimmer who has won many medals during his career span prior to his retirement. His net worth is estimated to have between $1 Million - $5 Million whereas his net worth is believed to have $1 Million as per sources. Details regarding his salary and career earnings have not been disclosed yet. His major source of income comes from being a real estate agent for Hoff & Leigh.

How tall is Klete Keller?

Klete Keller is a very handsome man with an athletic body build. He has a tall height of 6 ft 6 in or 1.98 m. His balanced weight consists of 214 lb or 97 KG. His other body measurements such as chest size, waist size, biceps size, and more are still to get revealed yet.

Trivias About Klete Keller You Need To Know.