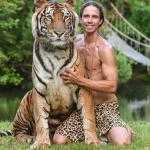 Kody Antle is an American wildlife conservant. Kody is also known popularly by the name, "Real Life Tarzan". With over 1.8 million followers on his Instagram, he primarily posts photos and videos with exotic animals on Insta to keep up with all the animal lovers all over the world. He also has appeared in "The Tiger King", working at his dad's safari, the Myrtle Beach Safari.

What is Kody Antle Famous for?

When was Kody Antle Born?

Kody Antle was born on January 11, 1990, in Salinas, California, United States. His birth name is Kody Antle. His nationality is American. Antle belongs to Mixed ethnicity while Capricon is his zodiac sign. 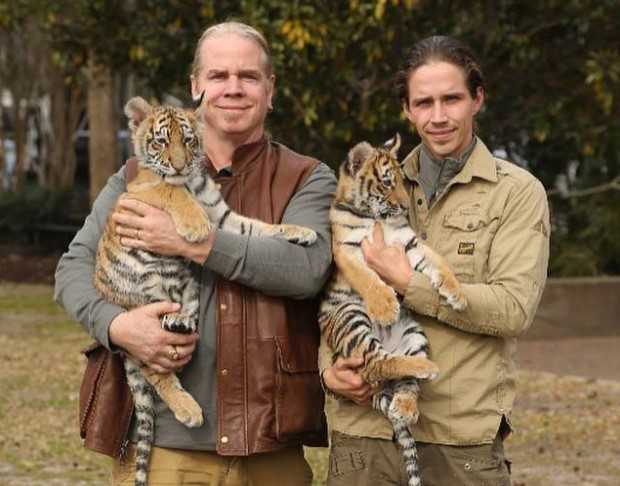 Kody Antle was raised in a wealthy agricultural family. His father is Bhagavan Antle, better known as Doc Antle, who is a world-renowned animal trainer and behaviorist. His father is also the Founder and Director of "The Institute for Greatly Endangered and Rare Species"(T.I.G.E.R.S.). While his mother had an interest in Eastern Philosophy, unfortunately, she died in a car accident 20 years before.

Born in a rich family, his childhood was fascinating and so was his adulthood as during those days, he had fun doing drugs, sex, and rock n roll. Growing up, he also learned martial arts. After the death of his mother, he was close to his father and thus was raised among the tigers, and animals present in his dad's zoo. He was raised along with his sister, Tawny Antle who calls herself "Queen of the Jungle".

He dropped out of his school when he was in his grade 9 as he had begun developing interest in animals and their conservation. After dropping out of his school, he moved to China where he studied basic medical training to serve rural populations.

Kody Antle, "The Real-Life Tarzan", works as a wildlife conservationist. He also has given many wildlife tours as part of "Myrtle Beach Safari", his father's safari. Doc, his father even told hat his son, Kody Antle is different than anyone else on this whole planet and there's none like him that shares such a good bonding with animals.

Kody has also been a significant influencer on social media profiles with his video of being close with wild animals. His Instagram is filled with pictures with animals, where he can be seen giving a belly rub to a tiger and swimming with monkeys and many more.

With amazing videos as such, the wildlife influencer has earned mover 1.8 million followers on Instagram. Besides, he is also active in TikTok, where he has a huge number of followers about 11.6 million with 144.7 million likes.

Besides, he is also famous on YouTube and often appears on the channel MyrtleBeachSafari, which has over 121k subscribers. Kody even worked on a remake of "The Jungle Book" and also in "The Ace Ventura: When Nature Calls" and "Mighty Joe Young".

In 2020, he was briefly introduced in the Netflix show, "The Tiger King".

Kody Antle is currently single. He hasn't dated any girl since he had been involved in works for animals. However, he wears a ring in his index finger.

What is the Net Worth of Kody Antle?

The 30 years old Kody Antle has quite a good earning from his day-to-day life activity of wildlife conservant. Antle makes most of his money from his social media sites like "Instagram", "TikTok", "YouTube" having millions of followers.

His estimated net worth is around $3 million.

How Tall is Kody Antle?

Kody Antle is a White man in his 30s. He has a skinny body physique and looks somehow like a "Tarzan". He has a fair complexion with brunette hair and blue eyes. He stands tall with a height of 5ft. 10inches.(1.78m).

Trivias About Kody Antle You Need To Know.