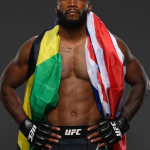 Leon Edwards is a Jamaican-born British professional mixed martial artist who currently competes in the Welterweight division in the Ultimate Fighting Championship (UFC) where he is the current UFC Welterweight Champion. A professional competitor since 2011, he formerly competed for BAMMA, where he was the BAMMA Welterweight Champion. He began his professional fighting career in 2010, making his debut as an amateur at Bushido Challenge 2 - A New Dawn. He made his promotional UFC debut against Cláudio Silva on 8 November 2014 at UFC Fight Night: Shogun vs. Saint Preux. He started training in mixed martial arts when he was 17. He is nicknamed "Rocky". As of 12 April 2022, he is #2 in the UFC welterweight rankings.

What is Leon Edwards Famous For?

What is Leon Edwards's Nationality?

Leon Edwards took birth on 25th August 1991 in Kingston, Jamaica. He holds Jamaican-British nationality and his ethnicity is Mixed. He lived with his father, mother, and brother Fabina, in a wooden shack with a zinc roof. His brother Fabian is also an MMA fighter for Bellator MMA. The family lived in a poverty. He said, "It wasn't a one-bedroom; it was one room, period. In that room was the kitchen, the living room, and the bedroom. We had one bed that we all slept in". Still, he was a happy kid, he added. When he was about 5 or 6 years old, his father moved to London, where his grandmother was living. His father sent for him, his mother, and his brother, Fabian. At nine the family moved to Aston, a crime-ridden neighborhood in Birmingham but his dad stayed in London. When he was 14, his father was murdered. He was shot and killed at a nightclub in London. He was then involved in criminal activity such as drug dealing, street fighting, and knife possession along with his social circle, but was able to get out of his lifestyle at age 17 when his mother got him to join an MMA club. Details about his educational qualification are still to get disclosed yet. His present age is 30 as of 2022.

Who is Leon Edwards's Girlfriend?

Leon Edwards is very confidential when it comes to his personal life. It is still unknown if Leon is married, in a relationship, or still single. Only the fact is known that he has a son, Jayon. He has shared pictures of his son on his Instagram handle. Whereas the mother of Jayon is unknown at a moment. At present, Leon seems to be focusing on his career rather than being in a relationship. His sexual orietnation is straight and he is not gay. 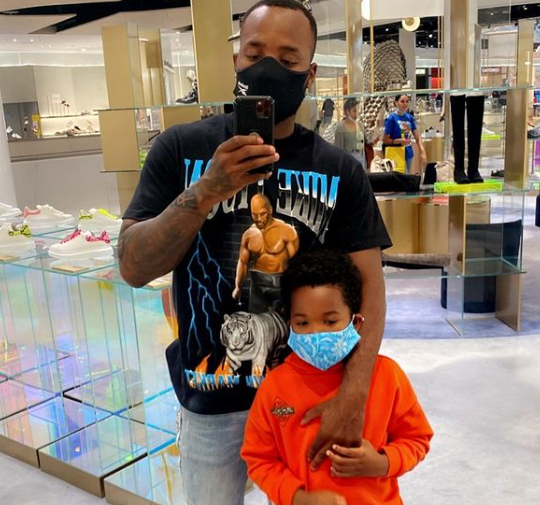 How much is Leon Edwards's Net Worth?

Leon Edwards is an MMA artist whose net worth is estimated to have $1 Million as of 2022. He is currently signed to the UFC where the fighters get paid a base salary and also there is typically a “win bonus”, “fight of the night” and “performance of the night.” He has also competed at BAMMA and Fight UK MMA, earning a decent amount. He is making his salary in thousands of dollars. His main source of wealth comes from his fighting career and he is living a cool lifestyle from his earnings. He is sponsored by ICONIC Menswear.

How tall is Leon Edwards?

Leon Edwards is a handsome man who stands at a tall height of 6 feet or 1.83 m. His body weight consists of 77 KG. His eye color is black and his hair color is also black. He maintains his body a lot by doing frequent exercise. His highest reach is 74 in (188 cm). He has inked tattoos on his body as well.

Trivias About Leon Edwards You Need To Know.