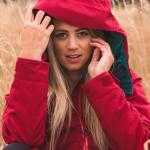 Lesley Anne Murphy, popular by the name Lesley Murphy is an American blogger and former reality star. She rose to prominence after she appeared as a contestant in the 17th season of the reality television series, The Bachelor. She also participated in its spin-off The Bachelor Winter Games in 2018. After gaining popularity from The Bachelor, she turned into a blogger creating a luxury travel blog, The Road Les Traveled. She has garnered over 419k followers on her Instagram account.

The 31-years old  Bachelor alum has introduced her new boyfriend, Alex Kav on her Instagram account. She shared a picture of them kissing in Norway.

She captioned it, "Boy meets world - World, meet boy. Thought it was about time to let y'all in on the newest addition to The Road Les Traveled! We're 3 continents down together...with the next one being Alex's home country soon Australia. Finally making it to hometowns Y'all "

Lesley Murphy was born on 19 August 1987. Her birth name is Lesley Anne Murphy. She was born in Fort Smith, Arkansas in the United States. She holds American nationality. She belongs to white ethnicity. Her zodiac sign is Leo. She has 2 siblings. She majored in broadcast news and psychology at the University of Georgia.

Previously, she worked as the political consultant in the District of Columbia.

She has also worked as an intern at CNN, Los Angeles, and covered the major world events and breaking news stories.

She appeared as a contestant on the 17th season of the popular ABC dating series, The Bachelor, competing for the eponymous bachelor, Sean Lowe.

She and Bachelor Sean Lowe set the Guinness World Records for the longest on-screen kiss in 2013.

She also appeared in the winter sports-themed reality competition, The Bachelor Winter Games in 2018.

She is also a blogger and shares her luxury adventures traveling to different countries around the world via The Road Les Traveled.

The 31-years old blogger has revealed her new boyfriend in January 2019 on her Instagram account. He is an Australian professional drone pilot, Alex Kav. Previously, she dated The Bachelorette alum, Dean Unglert.

Lesley underwent surgery after she tested positive for the BRCA 2 gene mutation. It increases the chances of suffering from breast cancer. Previously, her mother was diagnosed with breast cancer.

The Bachelor star Lesley Murphy has brown eyes and her hair color is blonde. Information regarding her body measurements is currently unavailable.

Net Worth of Lesley Murphy

The net worth of The Bachelor star is under review. She has earned fortune appearing in the reality television series. She also earns via her blog.

Trivias About Lesley Murphy You Need To Know.