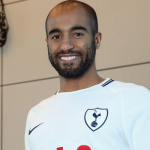 Lucas Moura scored a second-half hat-trick to send Tottenham Hotspur into Champions League Final. Tottenham suffered 1-0 loss at home, and they were lagging by 2-0 in the first half in Amsterdam. Lucas Moura stepped forward to score 3-goals in remaining of the second-half. As they ended 3-3 on aggregate, Tottenham advanced into the final on away goals. Tottenham will face another English Club, Liverpool in Champions League final in Madrid.

A Night earlier, Liverpool made a historic comeback at Anfield, when they defeated La Liga winner this season, Barcelona 4-0. Liverpool had suffered a 0-3 loss at Camp Nou.

Liverpool is in 2nd place in Premier League and 1 point behind Manchester City, whereas Tottenham Hotspur stays in 4th place in the table.

On 13th August 1992, Lucas opened his eyes for the first time in Sao Paulo, Brazil. His nationality is Brazilian.

Early and International Career of Lucas

Lucas is a married man. He married Larissa Saad on December 23, 2016. Currently, they are together and spending quality time of their life.

Previously, he was in a relationship with Bruna Unzueta, Margarita Gauchet, Patricia Limonge.

Net worth of Lucas

The net worth of Lucas is estimated to have around $33 Million.