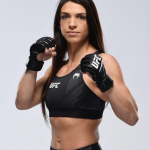 Mackenzie Lynne Dern Santos professionally named Mackenzie Dern is an American-Brazilian Mixed Martial Artist, as well as a Jiu-Jitsu practitioner is famous for being a former world No. 1 ranked IBJJF competitor, currently ranked 6th among the female divisions. As of 12th April 2021, she is #5 UFC women's strawweight rankings and she is #12 in UFC women's pound-for-pound rankings. Her recent fight was against Nina Ansaroff on 10th April 2021 at UFC on ABC 2 where Dern won the bout via the first-round armbar and won the Performance of the Night award. Her division is straight weight and her highest reach is 63 in or 160 cm. She is currently trained by Jason Parillo. 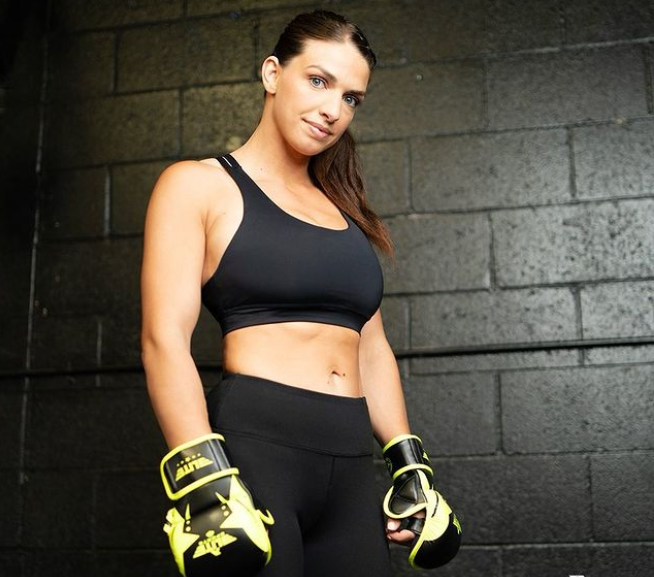 Mackenzie Dern Will Face Marina Rodriguez On Her Next Fight

UFC president Dana White spilled the beans to TMZ Sports earlier this week and revealed that Dern is going to fight Rodriguez next. White didn’t have too many details but did acknowledge the matchup is close to "done". "She does have a fight coming up," said White. "I was just talking about her this morning. We haven’t announced it, I’m sure, but I’ll give it to you, anyway. Hopefully, it’s done. My people hate when I do this. She’s taking on Marina Rodriguez next, which is a great fight."

Where is Mackenzie Dern from?

Real name by Mackenzie Lynne Dern Santos, her born date is 24th March 1993. Her present age is 28 as she recently celebrated her birthday as of 2021. She holds American and Brazilian nationality whereas her birthplace is Phoenix, Arizona, the USA. She came from a mixed ethnic background. Her father's native is Brazil. Her race is White. Aries is her Zodiac sign and she follows the Christian religion. She is the daughter of Wellington "Megaton" Dias, a highly decorated grappling competitor himself. As a child, she grew up traveling back and forth between Arizona and Brazil. Dern can speak both languages, English and Portuguese as she stated that Portuguese has become her primary tongue, explaining that "my Dad and step Mom are both Brazilian. My boyfriend speaks Portuguese I'm speaking Portuguese more than English. I still have lots of interactions in English of course. But I think in Portuguese, anything to do with fight is all in Portuguese in my mind, I dream in Portuguese." Details about her mother's name is missing as she was raised by her stepmother, Luciana Tavares who is a black belt holder. She started her career at a young age and has won a world championship in every belt level as she progressed to black belt rank, which was awarded to her by her father in December 2012, three months prior to her 20th birthday. Her accent is Brazilian. She also has two siblings; half-brother named Korah and Merrick.

How was the Career of Mackenzie Dern? 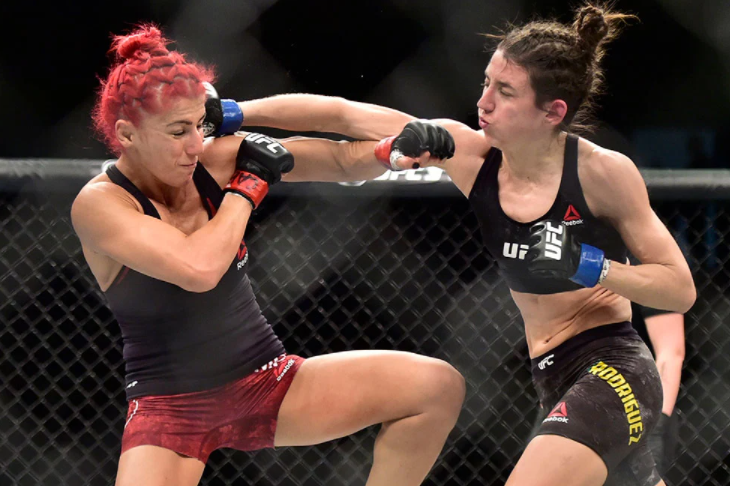 Who is Mackenzie Dern married to?

Married woman, Mackenzie Dern's husband's name is Wesley Santos who is a professional surfer by profession. The duo is also blessed with a daughter named Moa who was born on 9th June 2019. The married couple is enjoying their present life a lot. Her sexual orientation is straight. 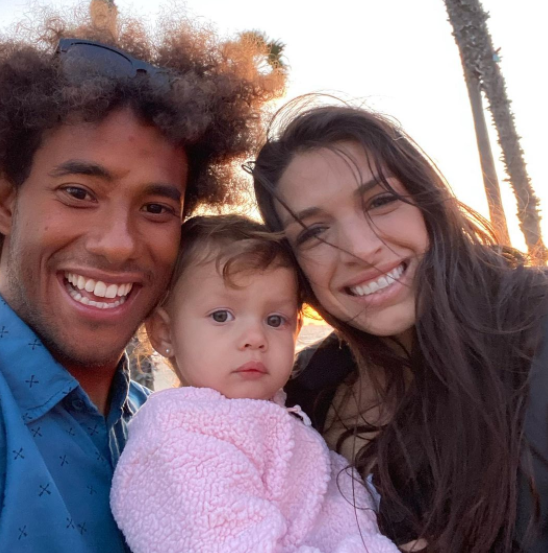 Previously, she was rumored to date Marcus Buchecha Almeida and even spotted hanging out at parties. Sadly, they parted ways later that year. Before her marriage with Santos, Dern was engaged to her then-fiance, Augusto Tanquinho Mendes.

According to Dern, she left Black House MMA after a reported incident concerning her original coach, Juan Gomez, where he got into a physical altercation with her husband over a disagreement about money.

How much is Mackenzie Dern Net Worth?

Professional MMA fighter, Mackenzie Dern's net worth is estimated to have $1.5 Million as per sources. Her major source of wealth comes from her MMA fighting career and she is living a luxurious lifestyle with her career earnings. During her first UFC match, she won $50K and then followed by $29,000 to show $29,000 win bonus, and $3,500 fight week incentive pay from her second UFC bout at UFC 224. As of 2021, her exact salary is still a mystery as she has not stated anything about her present earnings.

How tall is Mackenzie Dern?

Athletic bodybuilder, Mackenzie Dern stands tall at the perfect height of 1.63 m matching her body weight of 52 KG. She has got a healthy body and she is very conscious about her food intake. With her charming personality, she attracts a lot of people towards her. Her body measurement is 34-28-36 in and her bra size is 34B. She has a pair of green eyes and her hair color is brown. Her shoe size is 6 and her dress size is 4.

Trivias About Mackenzie Dern You Need To Know.