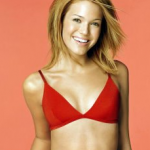 Getting the rank beside American pop-queens Christina Aguilera and Britney Spears, teen dance-pop sensation, Mandy Moore has also emerged out as the most popular female singers since 1990s. Releasing six studio albums and several compilation albums which have spawned numbers of hit singles, she has flourished her distinctive musical career worldwide. Her genuine singing talents and midriff-free image have propelled her from the music recording studio to acting arenas. Gravitating towards the job in front of the camera, she had accumulated much more from the numbers of Hollywood hits like "Because I Said So", "How To Deal" and "License to Wed". By profession, she is an actress as well as a singer.

Due to her hit singles like “Candy”, “I Wanna Be with You”, “In My Pocket”, and others.

Mandy also lent her voice to the role of Rapunzel in animated film Tangled (2010).

With the birth name Amanda Leigh Moore, she was born on 10th April 1984 in Nashua, New Hampshire to news reporter, Stacy and American Airlines pilot, Donald "Don" Moore. Holding the mixed ancestries including Ashkenazi Jewish, Irish, English, and Scottish, she was born to be an only sister to two brothers: Kyle and Scott. Due to her father’s job migration, her family relocated to Longwood, Seminole Country, of Florida just after two months of her birth and she was raised over there. Her horoscope is Aries. Realizing her interests in music and dramas from the very early age, her grandmother, a professional ballerina had inspired her to launch the career in entertainments. After starring in several local productions, she had honed her skills by taking the singing lessons.

Net Worth of Mandy

With her sustainability in prominent areas of both the acting and musical field, she has accumulated much more into her accounts. Till date, the estimated amount of her net worth is $10 million. Her exact salary has not revealed yet. 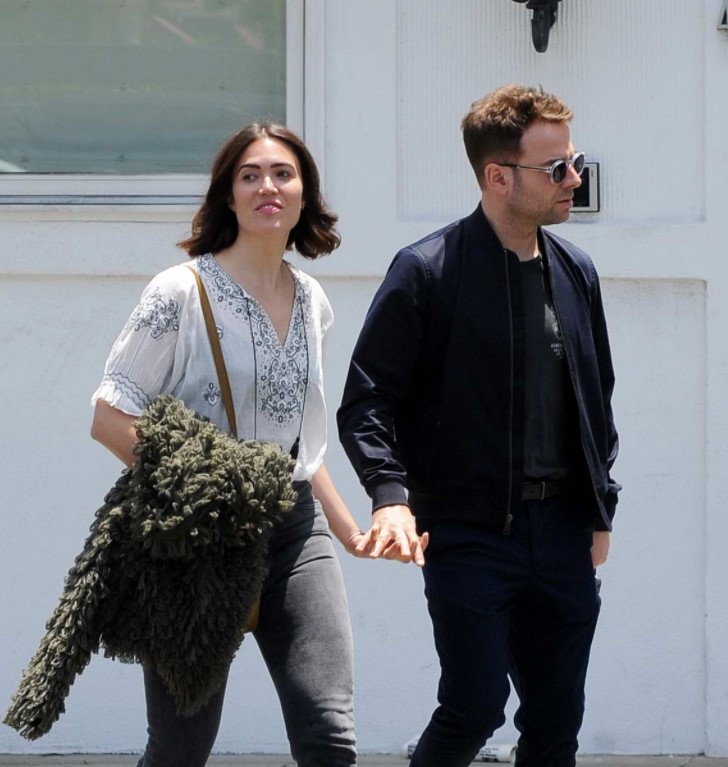 Who is Taylor Goldsmith?

Not only her beautiful singing voice has made her known among the people but she has also ravishing beauty and charisma that has lured the many hearts. Her dating history encloses her relationship with several hunks including Wilmer Valderrama (2000-02), Brian McFayden during 2001, Andy Roddick from 2002 to 2004, Zach Braff (2004-06) and Greg Laswell during 2007.

In 2008, she and musician, Ryan Adams began sharing their love bonds and later turned to be husband and wife with the lavish celebration of marriage ceremony in 2009. However, the couple had divorced in January 2015 citing the irreconcilable differences. According to the media’s reports, she is currently single.

She is currently dating musician Taylor Goldsmith in 2015.

She has worked in various humanitarian causes including her advocates of non-profit making organizations like Population Services International, Five & Alive that addresses the health crisis faced by children. For the cervical cancer awareness, she had teamed up with GlaxoSmithKline and Gynecologic Cancer Foundation. Her philanthropic deeds include other more. American music and movie industry has been graced by her breathtaking gigs. Her fans can learn her detailed biography in the wiki.

Trivias About Mandy Moore You Need To Know.