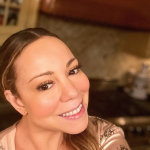 Mariah Carey is an American singer, songwriter, actress, record producer, and entrepreneur. She is widely known by her entitled name "Songbird Supreme" by the Guinness World Records. She is noted for her five-octave vocal range, melismatic singing style, and signature use of the whistle register. She rose to fame in 1990 after signing to Columbia Records and releasing her eponymous debut album, which topped the U.S. Billboard 200 for eleven consecutive weeks. later, Carey became the only artist ever to have their first five singles reach number one on the U.S. Billboard Hot 100 chart, from "Vision of Love" to "Emotions".Carey has won five Grammy Awards, nineteen World Music Awards, ten American Music Awards, and fifteen Billboard Music Awards.

What is Mariah Carey famous for? 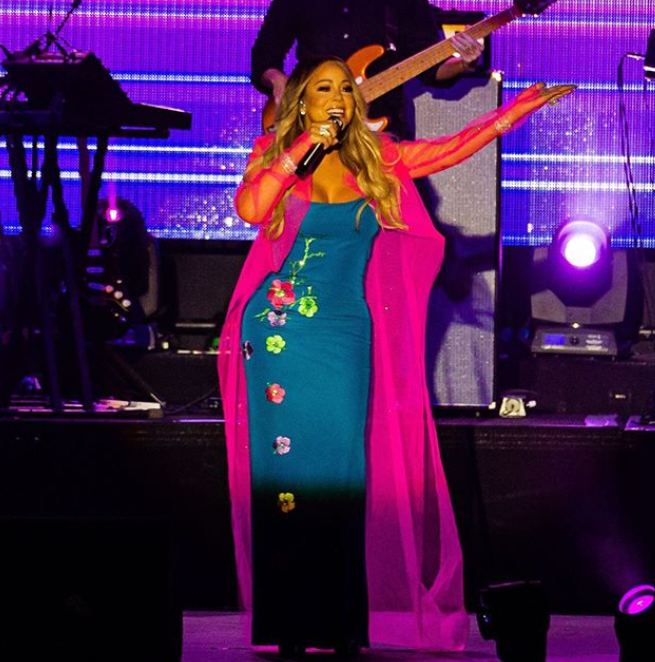 What nationality is Mariah Carey?

Mariah was born on March 27, 1970, in Huntington, Long Island, New York, USA to Patricia Carey, an opera singer and vocal coach and Alfred Roy Carey, an aeronautical engineer. Her mother is of Irish descent, and her father was of African & Venezuelan descent. Mariah is an American by nationality. Her religion is Christianity, and her zodiac is Aries. Carey's family struggled within the community due to their ethnicity as well as her maternal family who disowned her mother for marrying the black man. Mariah has two siblings, an older sister, Alison and an older brother Morgan. When Carey was three, her parents divorced. From her time at elementary school, she excelled and enjoyed music, art, and literature. Mariah graduated in 1987 from Greenlawn's Harborfields High School. She began training with her mother while at high school. Later Carey moved to Manhattan where she worked as a waitress for various restaurants in the daytime and actively pursuing a music career at night.

Everything To Know About Bryan Tanaka, Mariah Carey Boyfriend

How is Mariah Carey's career? 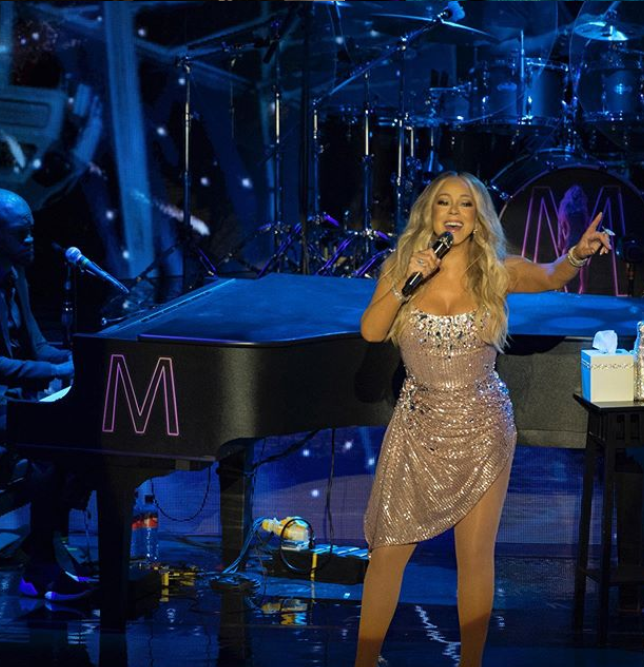 Mariah began her professional music career at the age of 18 with her first self titled album which had four No. 1 singles, including "Vision of Love" and "I Don't Wanna Cry." produced with Columbia Records in the 1990s. Carey gained worldwide success with the third album, Music Box (1993) and other follow up albums like Merry Christmas (1994), and Daydream (1995). The hit singles from these albums include "Hero", "Without You", "All I Want for Christmas Is You", "Fantasy", "Always Be My Baby" and "One Sweet Day".  Carey then introduced the first hip hop style into her music with the release of Butterfly (1997) which made her the country's most successful artist of the 1990s. Carey parted ways with Columbia in 2000 after staying for eleven consecutive years and signed a $100 million recording contract with Virgin Records. Due to her physical and emotional breakdown around this time, her film Glitter (2001) and its accompanying soundtrack saw commercial failure and her contract was bought out for $50 million by Virgin. Afterward, she signed with Island Records.

She once again reprised her top music charts with the album, The Emancipation of Mimi in 2005 which became the world's second best-selling album with its hit single, "We Belong Together". She released "Touch My Body" (2008) which amassed her 18th #1 single in the United States. Besides music, Carey has made her film debut in the 1999 romantic comedy, The Bachelor, 2001 and played in some others like Glitter(2001). Throughout her career, Carey has sold more than 200 million records worldwide, making her one of the best-selling music artists of all time. Carey has won five Grammy Awards, nineteen World Music Awards, ten American Music Awards,[6] and fifteen Billboard Music Awards.

How much is Mariah Carey worth?

Mariah has a jaw-dropping net worth estimated at $320 million dollars as of 2019. This is plausible as Carey is one of the 15 best-selling musical artists in history having sold over 200 million albums worldwide and second best-selling female artists of all time, behind Madonna throughout her career so far. Her major source of income is her singing career. She has earned piled up excessively millions of dollars during her career from her uncountable record contracts, royalties, various media appearances, concerts, tours, private performances, and endorsements.

Who is Mariah Carey married to now? 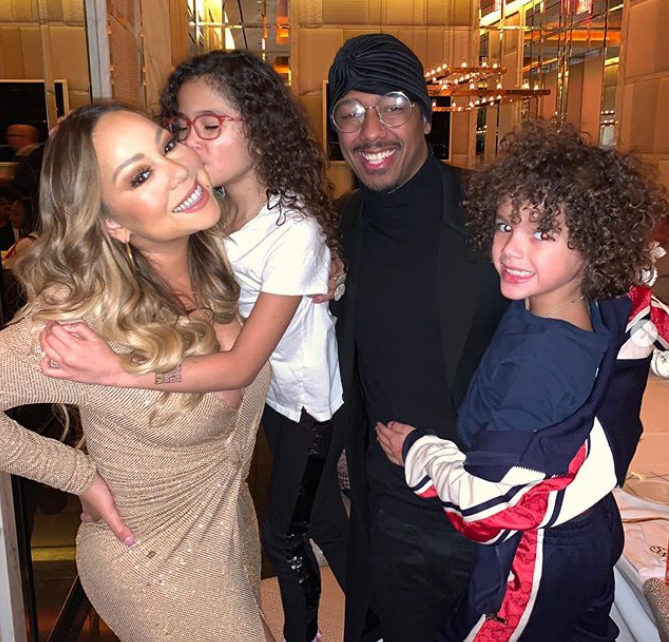 Mariah is currently not married. However, she has been married and been in a relationship several times before. Carey first began dating Tommy Mottola and married him on June 5, 1993. On May 30, 1997, the couple announced their separation. After that Carey remained in a three-year relationship with singer Luis Miguel from 1998 to 2001. Carey married actor and comedian Nick Cannon in The Bahamas on April 30, 2008. Carey met Cannon while they were shooting her music video for her song "Bye Bye" on an island off the coast of Antigua. Mariah gave birth to their fraternal twins, Moroccan and Monroe, on April 30, 2011. Unfortunately, they got divorced in 2016. On January 21, 2016, Carey and Australian billionaire James Packer announced that they were engaged. however, they ended their engagement by October. Her last known fit was with backup dancer Bryan Tanaka, who was featured in her reality show Mariah's World. 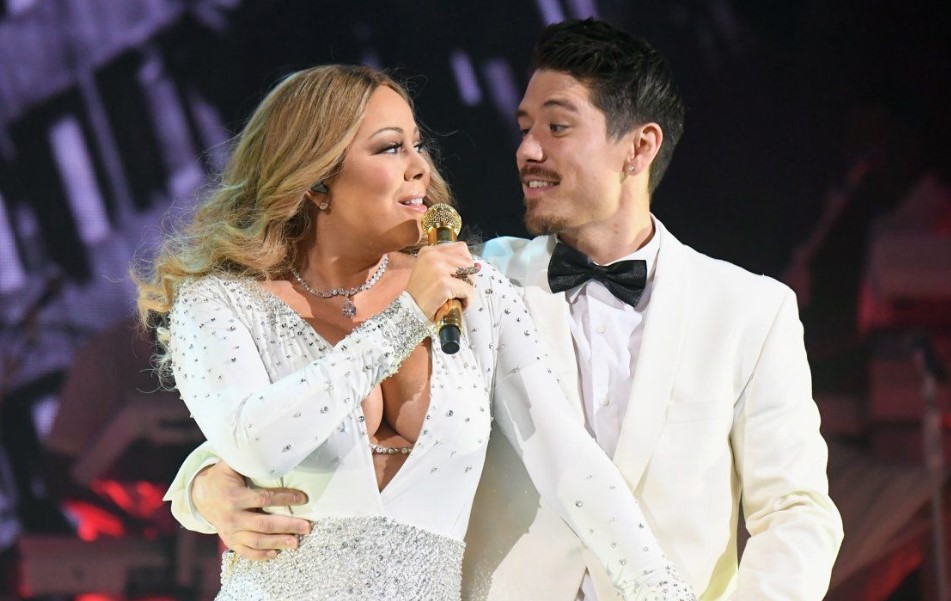 What is Mariah Carey's age?

The insanely popular with a voice of five music octaves personality, Mariah is now 49 years old. However, even with such age, she is still rocking the stages with her songs and attracting many people's attention towards her alone with her body. This remarkable singing legend has a decent height of 5feet 9inches tall. She often likes to gain weight so her weight is 66kg. Not only her voice is overwhelming but her body statistics are also equally eye bending. She has got a beautiful pair of brown colored eyes and light brown hair. Her body measurements areChest: 38″, Waist: 26″ and Hips: 35″. Her bra size is quite big with size 34D. She puts on a shoe size of 9.5 (US) and wears a dress size of 6(US). She has a straight sexual orientation.