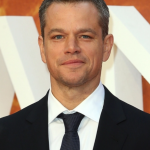 Matt Damon is an American actor, screenwriter, as well as a producer. He is one of the highest-grossing actors of all time and has also been ranked among Forbes' most bankable stars. He is famous for his work in projects like Manchester by the Sea, Good Will Hunting, The Martian, Invictus, Behind the Candelabra, The Talented Mr. Ripley, Saving Private Ryan, All the Pretty Horses, Ocean’s Twelve, The Bourne Ultimatum, The Bourne Supremacy, The Monuments Men, Ford v Ferrari, Ocean’s Eleven, and The Legend of Bagger Vance. Matt first gained notice when he appeared in the movie Mystic Pizza in 1988. In the movie, Damon’s character was called Steamer. He debuted with NBC’s late-night live television comedy show Saturday Night Live as a host in 2002 during an episode titled Matt Damon/Bruce Springsteen & The E Street Band. As a producer, he made a debut in 2001 with Project Greenlight. He served as an executive producer for about 33 episodes of the series. He has been involved in charitable work with organizations including the One Campaign, H2O Africa Foundation, Feeding America, and Water.org. He has received various awards and nominations, including an Academy Award and two Golden Globe Awards.

Matt Damon visited The Tonight Show and talked to Jimmy Fallon about the ease of the writing process with long-time friend and actor Ben Affleck on their upcoming film The Last Duel. This will be the first time the two have written together since their Oscar-winning work on Good Will Hunting. He shared with Jimmy Fallon how he and Affleck had come back together to write for the Ridley Scott-directed film. He elaborated further on that writing process while speaking to Entertainment Tonight, saying that he thinks he and Ben Affleck may "write a lot more in the future. I think we just found that having made... like making movies for 30 years, we actually learned something about structure along the way and the process went along a lot faster," he said. "And so I think we'll write a lot more in the future just because it didn't turn out to be as time-consuming as we thought. I think that the writing process for Good Will Hunting was so inefficient," Damon explained. "You know because we didn't really understand structure so we wrote thousands of pages." The film is adapted from Eric Jager's novel 'The Last Duel: A True Story of Trial by Combat in Medieval France.' It recounts the story of Jean de Carrouges (Matt Damon), a 14th-century knight who challenges his squire Jacques Le Gris (Adam Driver) to a duel after his wife (Jodie Comer) accuses Le Gris of raping her. Affleck, Harriet Walter, Nathaniel Parker, Sam Hazeldine, Michael McElhatton, and Alex Lawther also star. The Last Duel trailer was released online last week. Ben Affleck was set to play the other lead in the film. However, Adam Driver was cast in taking over the leading role from Affleck who stepped aside into a supporting role instead, avoiding a scheduling conflict with the production of Adrian Lyne's Deep Water, in which Affleck is attached to star. The Last Duel premieres on October 15, 2021. 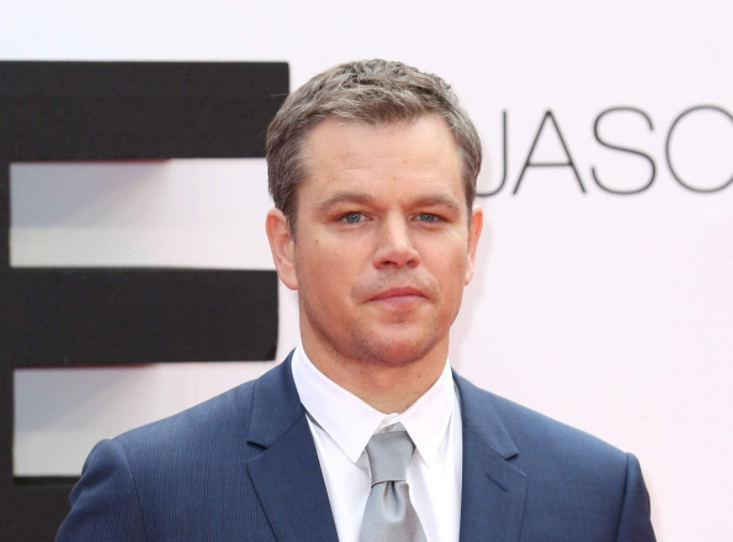 Where is Matt Damon originally From?

Matt Damon was born on 8th October 1970 as Matthew Paige Damon. His place of birth is in Cambridge, Massachusetts, the USA. About his parents, he was born to his father, Kent Telfer Damon, and his mother, Nancy Carlsson-Paige. By occupation, his mother was an early childhood education professor at Lesley University and his father was a stockbroker. He also has two siblings, Kyle Damon (brother) and Sarah Bradford (sister). His brother is an accomplished sculptor and artist. His parents divorced when he was only two. He is of American nationality and his ethnicity is mixed as he is of English, Scottish, and Welsh descent on his father’s side and has Finnish, Swedish, and Norwegian roots on his mother’s side. He developed an interest in acting since his childhood years. 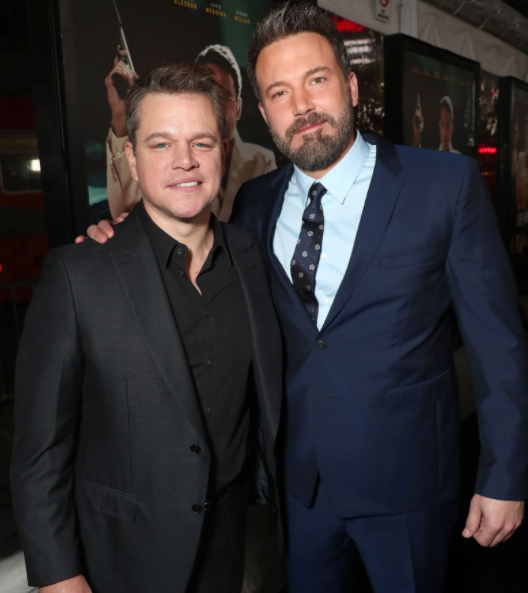 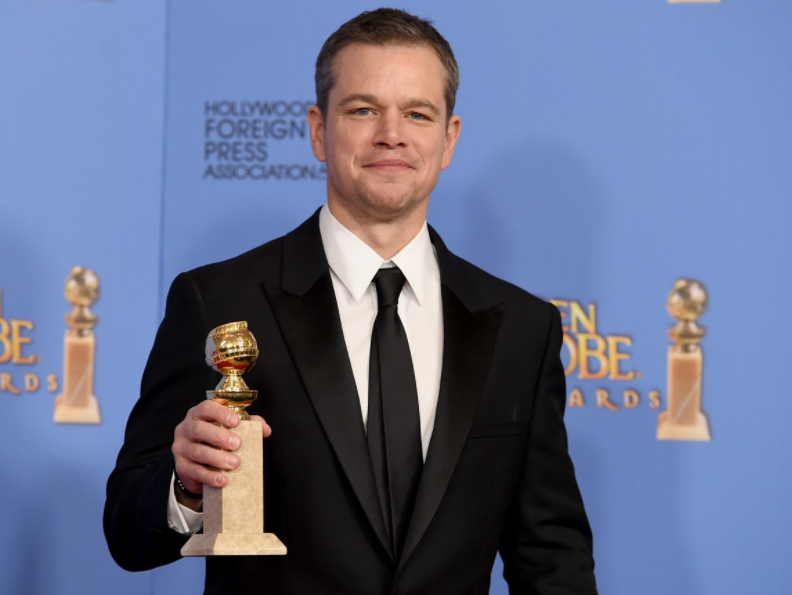 How much is Matt Damon worth?

Matt Damon is a successful actor, producer, and screenwriter who has appeared in many movies and TV shows. He has made a vast amount of money from his career till now. as of July 2021, the net worth of Matt Damon is estimated to have $200 Million. His movies have grossed more than $5.5 billion worldwide and have earned more than $73.5 million at the box office. He had also signed a multiyear deal to be the voice of TD Ameritrade advertisements, replacing Sam Waterston as the discount brokerage's spokesman. He donates all fees from the advertisements to charity. In the year 2013, he appeared in a 20-second advertisement for Nespresso, directed by Grant Heslov, with whom he worked on The Monuments Men. The deal earned him $3 million. He has also provided a voice-over for United Airlines's resurrected "Fly the Friendly Skies" advertisement campaign in 2013. He is the owner of a Brooklyn penthouse apartment worth $16.6 million. His list of luxury cars includes Bentley, Porsche, BMW, and Ferrari. Back in the 2000s, he was among the highest-paid and bankable actors. His present actual salary is still to get disclosed yet but without any doubt, he is receiving the paycheck in millions of dollars. His main source of wealth comes from his acting career and he is living a lavish lifestyle.

Who is Matt Damon Wife?

Matt Damon is a married man. He is currently married to his beautiful wife, Luciana Barroso Damon. The duo met each other on the set of the comedy film "Stuck on You". They got engaged in September 2005 and married on 9th December 2005. The couple is also blessed with three children named Isabella Damon, Gia Zavala, and Stella Zavala. He is also a stepfather to Luciana’s (previous marriage) daughter, Alexia. As of today, Matt and Luciana are enjoying their present life happily. His sexual orientation is straight and he is not gay. 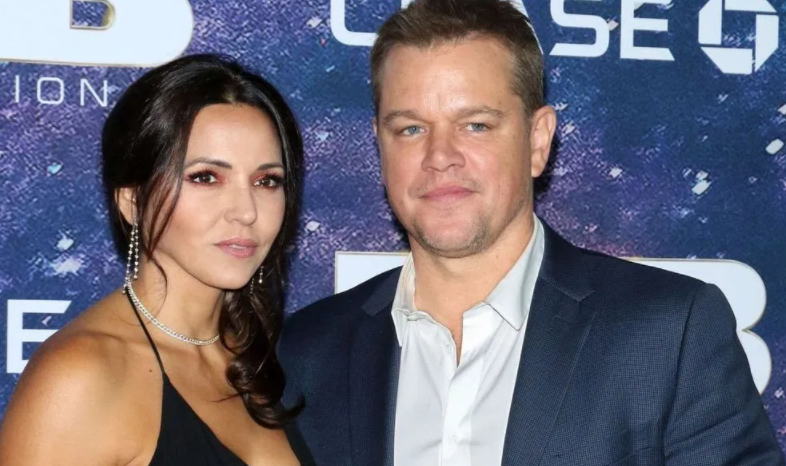 Previously, Matt has dated an American doctor, Skylar Satenstein in 1989. He had also dated English actress, Minnie Driver in 1996. He then had a three-year relationship with actress Winona Ryder from 1997 to 2000. Furthermore, he dated Kara Sands, Odessa Whitmire, and Rhona Mitra.

How tall is Matt Damon?

Matt Damon is a handsome actor whose body type is athletic. He has a tall and perfect height of 5 feet 10 inches or 178 cm. His weight consists of around 185 lbs or 84 kg. His hair color is light brown and his eye color is blue. His shoe size is 11 (US) or 10 (UK) or 45 (EU). His other body size detail is unavailable at a moment. Overall, he has got a healthy body with an attractive look.

Trivias About Matt Damon You Need To Know.