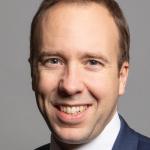 Matthew John David Hancock, popularly known as Matt Hancock is a British politician. Hancock served as the Secretary of State for Health and Social Care from 2018 to 2021. He resigned from his position after his extramarital affair with an aide, Gina Coladangelo was exposed. He previously served as Secretary of State for Digital, Culture, Media, and Sport for six months in 2018. He is a Member of Parliament for West Suffolk since 2010.

What is Matt Hancock Famous For?

Who is Gina Coladangelo?

Where is Matt Hancock From?

Matt Hancock was born on 2 October 1978. His birth name is Matthew John David Hancock. His birth place is in Chester, Cheshire in England. He holds an English nationality. He was born to his father, Michael Hancock, and his mother, Shirley Hills. He has two siblings, a brother and a sister named Emily. He belongs to white ethnicity and his religion is Christianity.

Regarding his educational background, he attended Farndon County Primary School and the independent King's School. He later took A-levels in Maths, Physics, Computing, and Economics. After school, he attended West Cheshire College where he studied computing. He then studied at Exeter College, Oxford. He graduated with a first in philosophy, politics, and economics. He later earned his MPhil degree in Economics at Christ's College, Cambridge. 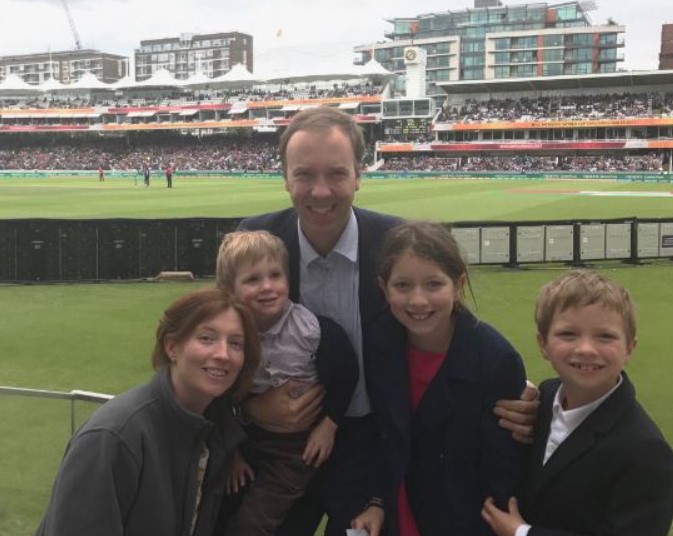 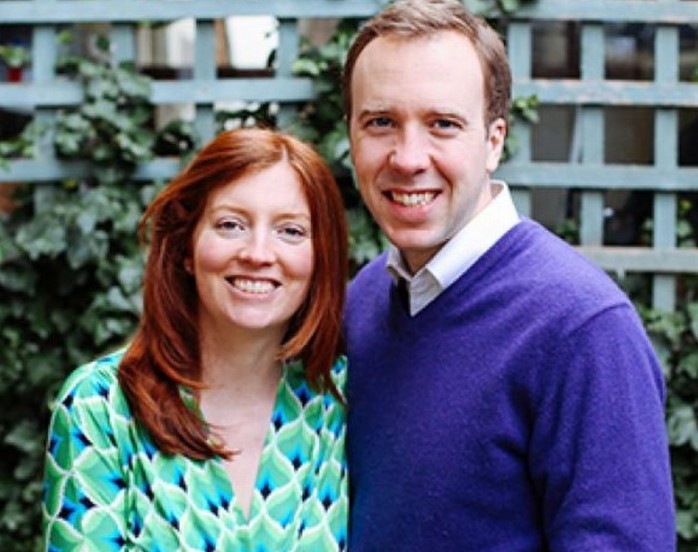 Who is Matt Hancock Wife? Extramarital affair with Gina Coladangelo

Matt Hancock is currently dating Gina Coladangelo. She is his former aide who served as a non-executive director at the Department of Health and Social Care. Their affair was exposed when The Sun published closed-circuit television footage of Hancock kissing and embracing Coladangelo in June 2021. The two resigned from their respective positions for breaching social distancing restrictions rules during the ongoing COVID-19 pandemic.

Hancock was married to Martha Hoyer Millar and Coladangelo was married to Oliver Tress when their affair was exposed. Following this, they separated from their respective partners. It was reported that the two moved in together.

Hancock shares three children, a daughter and two sons with his ex-wife, Martha. One of their children is adopted. 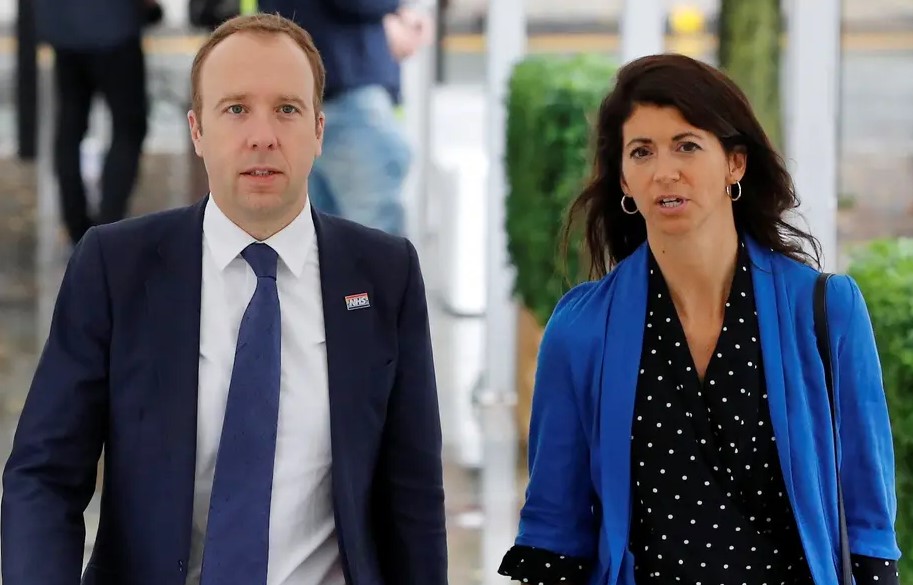 How Tall is Matt Hancock?

British politician Matt Hancock stands at a height of around 1.79 m i.e. 5 feet and 10 inches tall. He has an average body weight and average body type. His sexual orientation is straight. His eye color is hazel and his hair color is light brown.

What is Matt Hancock Salary and Net Worth?

Matt Hancock is a British politician who served as the Secretary of State for Health and Social Care from 2018 to 2021. The British government pays around £67,505. At present, his net worth is estimated at around $3 million.

Trivias About Matt Hancock You Need To Know.