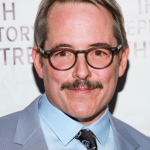 Matthew John Broderick famed as Matthew Broderick is a famous American actor, comedian as well as a singer. His roles include the Golden Globe-nominated portrayal of the title character in Ferris Bueller's Day Off (1986), the voice of the adult Simba in Disney's The Lion King trilogy (1994-2004), and Leo Bloom in both the Broadway musical The Producers and its 2005 film adaptation. He has also starred in other films such as WarGames (1983), Glory (1989), The Freshman (1990), The Cable Guy (1996), Godzilla (1998), Election (1999), Inspector Gadget (1999) and You Can Count on Me (2000). He also directed himself in Infinity (1996) and provided voice work in Good Boy! (2003), Bee Movie (2007), and The Tale of Despereaux (2008). He has won two Tony Awards, one for Best Featured Actor in a Play for Brighton Beach Memoirs (1983), and one for Best Actor in a Musical for How to Succeed in Business Without Really Trying (1995). He remains the youngest winner of the Tony Award for Best Featured Actor in a Play as of 2019. He also starred as Michael Burr in the Netflix comedy series Daybreak (2019). Overall, he is a talented actor.

Sarah Jessica Parker and Matthew Broderick's great chemistry, on stage and off

Sarah Jessica Parker and Matthew Broderick showed "Sunday Morning" anchor Jane Pauley one of their favorite spots. "We're in the famous, no-other-park-in-New-York-like-it Washington Square Park, the heart of the village," said Parker.  The park holds 30 years of memories for this longtime couple-and even more for Broderick, who grew up here. "All these new-fangled buildings everywhere?" he laughed. Parker and Broderick were set to co-star in a revival of Neil Simon's "Plaza Suite." But the very day they were to begin performances, theatres were shut down to slow the spread of COVID-19.

Matthew Broderick’s sister is ‘recovering’ from COVID-19 at home 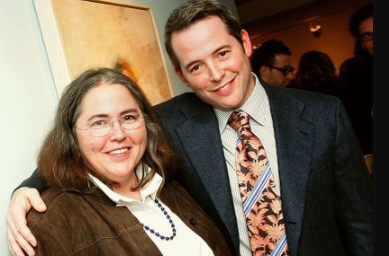 Matthew Broderick‘s sister is recovering from coronavirus. Rev. Janet Broderick, 64, tested positive earlier this month and was in isolation at LA’s Cedars Sinai’s intensive care unit with “a severe form of pneumonia,” she initially revealed through her church. Despite her hospitalization, she assured her congregation, “I am through the worst of this and very very much on the mend.” Over the weekend, Tony-winning Broderick’s wife, Sarah Jessica Parker, revealed Janet had left the hospital to finish recovering at home. “She is better. She was very sick,” Parker, 54, responded to a fan from Lancaster, Penn., on Instagram. “Home from the hospital now. Recovering. Thank you for asking. X.” On March 14, Broderick, 58, told Deadline that his older sister was “feeling much better and is on the road to a full recovery.”

Who are the Parents of Matthew Broderick?

Matthew was born on 21st March 1962 to his parents; Patricia and James Broderick as Matthew John Broderick. His birthplace is in Manhattan, New York, the USA. His nationality is American and his ethnicity is White. He is Christian by religion. Both of his parents were involved in an acting career where her mother was a playwright. He spent his childhood in a decent situation along with two sisters named Janet Broderick Kraft, and Martha Broderick. As per his education, he completed his earlier schooling from City and Country School in Manhattan and after that he completed his graduation from Walden School, where he participated in a strong drama program. He received acting training at HB Studio.

Who is the Wife of Matthew Broderick? 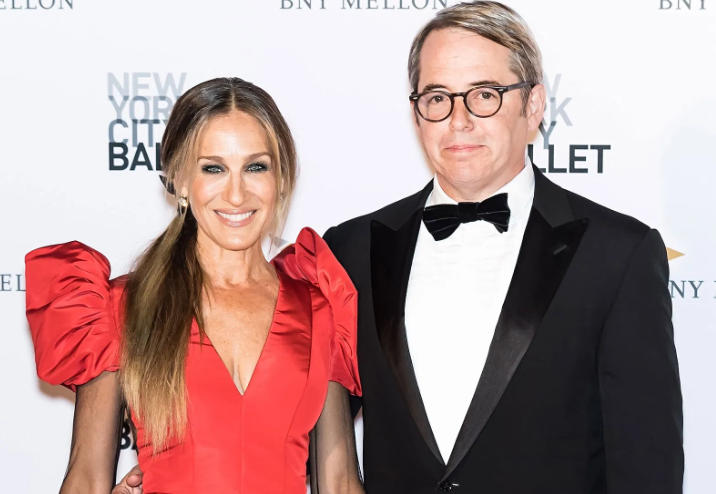 Who is Sarah Jessica Parker?

Matthew Broderick is a married person. He was married to actress Sarah Jessica Parker since their marriage on 19th May 1997 after knowing each other through her brother. Their marriage took place in a historic deconsecrated synagogue. The duo is blessed with three children named James Wilkie Broderick, Marion Loretta Elwell, and Tabitha Hodge. Their bond is getting stronger with the passage of time. There is no any affairs, rumors and controversy regarding his personal life. The couple lives in the West Village as of now. They also have a house in The Hamptons.

What is the Net Worth of Matthew Broderick?

The net worth of this famous actor is estimated to have $45 Million as of now whereas his exact salary is under review but there is no doubt in the mind of his followers that he is earning a considerable amount of salary from his career. His source of earning is from his acting career and he is satisfied with his earnings. His talents have always paid him handsome income and money over the years which has skyrocketed his net worth.

How tall is Matthew Broderick?

Matthew Broderick is a very handsome person. He has got a charming personality. He has got aa height of 5 feet 8 inches (1.73 m) and weighs 72.5 kg. He has dark brown hair color and dark brown eye color. His body measurements, shoe size, and dress size will be added soon once we get information about it. Overall, he has got a healthy body.