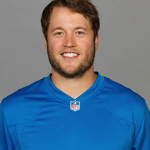 Matthew Stafford is an American football quarterback. He is playing for his current team, the Los Angeles Rams of the National Football League (NFL). He played for the Bulldogs from 2006 to 2008 at the University of Georgia. Then, he was drafted by the Detroit Lions first overall in the 2009 NFL Draft. He is the fourth quarterback in NFL history to throw for over 5,000 yards in a single season, being 1 of 3 players to do it in 2011, & the fastest player in NFL history to reach 30,000 passing yards. He also holds the NFL record for the most comeback wins in a season, recording 8 in the 2016 NFL season. He signed a $135-million contract extension with the Lions, making him the highest-paid player in NFL history at the time in 2017, Later, he was traded to the Rams in exchange for quarterback Jared Goff.

What is Matthew Stafford Known For? 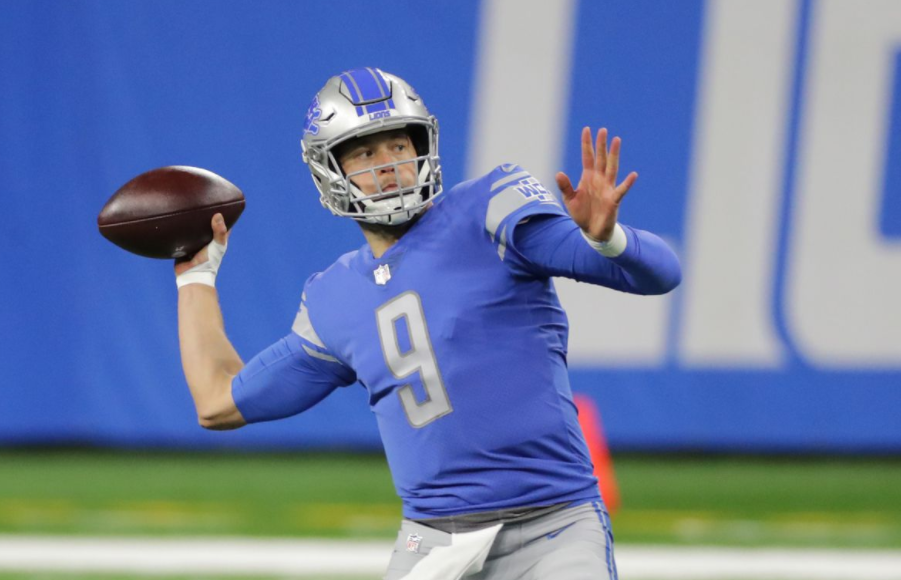 Where is Matthew Stafford from?

Matthew Stafford was born on 7th February 1988. His place of birth is in Tampa, Florida, the USA. Whereas his hometown was Dallas, Texas where he spent his childhood. He is an American by nationality and his ethnic background is American-White. His birth name or real name is John Matthew Stafford. About his parents, he was born to his father, John Stafford, and his mother, Margaret Stafford. He has one sibling, an older sister named Page. He follows the Christianity religion and his Zodiac sign is Aquarius.

Regarding his educational qualification, Matthew Stafford attended Highland Park High School. He was coached by Randy Allen and was widely considered to be one of the best high school quarterbacks in the United States in the Class of 2006, ranked ahead of Tim Tebow. He led his team to a perfect 15-0 record and won the UIL 4A Division I State Championship in 2005 and also received numerous accolades, including being named to the Parade All-America Team and the USA Today Pre-Season Super 25. Moreover, he won the MVP and Best Arm awards at the 2005 EA Sports Elite 11 Quarterback Camp and was named the 2005 EA Sports National Player of the Year. He graduated early from high school and enrolled at the University of Georgia in January, where he became the first true freshman quarterback to start for the Georgia Bulldogs football team. He debuted late in the season opener of the 2006 season against Western Kentucky. He completed his freshman season by leading Georgia to a 31-24 come-from-behind victory over Virginia Tech in the Chick-fil-A Bowl. He finished the 2006 season with 1,749 passing yards, seven touchdowns, and 13 interceptions. In 2007, he had 175 yards passing and a touchdown pass during Georgia's 41-10 rout of the #10 Hawaii Warriors in the 2008 Sugar Bowl and completed 194 of 348 passes for 2,523 yards (194.1/game) and 19 touchdowns as well as two rushing touchdowns for the season. He finished the 2008 season with a conference-leading 235 pass completions for 3,459 passing yards, the second-most in school history, and 25 touchdowns, the single-season record for passing touchdowns, and then chose to forgo his senior season and entered the 2009 NFL Draft.

How was the Career of Matthew Stafford?

Who is Matthew Stafford Wife?

Matthew Stafford is a married man. He married his beautiful wife, Kelly Hall on April 4, 2015. He met his wife, Kelly while they were both at the University of Georgia. While he was the quarterback of the football team, Kelly was a cheerleader. In November 2016, the couple announced they were expecting twin girls. The couple shares for daughters: twins Sawyer Stafford and Chandler Stafford, born in 2017, Hunter Hope Stafford born in 2018, and Tyler Hope Stafford, was born in June 2020. In April 2019, Kelly Stafford revealed on Instagram that she had a brain tumor. She underwent a 12-hour surgery on April 21. He took time off from being with the Lions, as training camp started up shortly after Kelly's surgery. As of today, the couple is leading a happy life without any disturbances. His sexual orientation is straight and he is not gay. 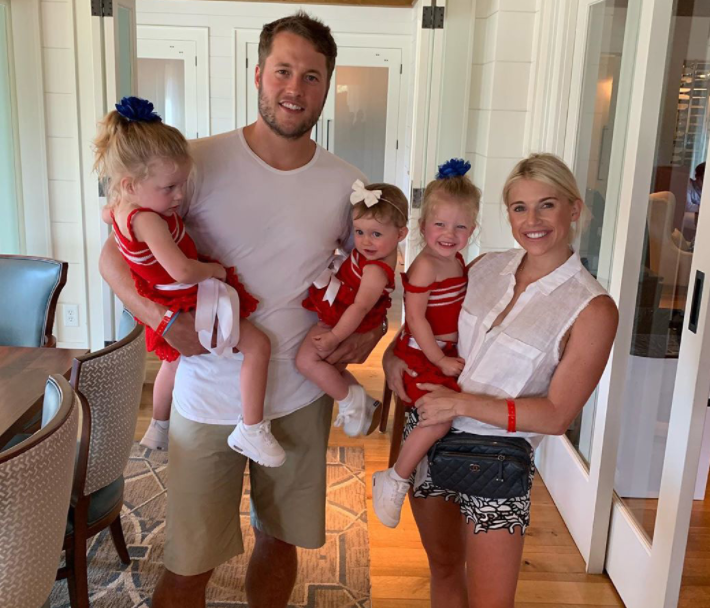 What is Matthew Stafford Net Worth?

How tall is Matthew Stafford?

Matthew Stafford is a handsome man with an athletic body type. He has a perfect height of 6 feet 3 inches or 1.91 m. His balanced bodyweight consists of 105 kg. He has light brown hair color and his eye color is also light brown. Stafford's other body measurements such as chest size, hip size, waist size, and more are still to get revealed yet. He maintained his body a lot by doing frequent exercise. Overall, he has got a healthy body with a charming personality.