Melody Thomas Scott is an American actress who is renowned for her role as Nikki Newman on the famous television show  "The Young and The Restless". She is also the co-founder of "Save The Earth Foundation" that creates advertence against environmental degradation. She was married thrice in her life and have three children.

Why is Melody Thomas Scott famous for?

How old is Melody Thomas Scott?

Melody Thomas Scott was born in Los Angeles, California, the United States as Melody Ann Thomas. The internet is yet to trace who Melody parents or siblings are. She is an American by nationality and White-American by ethnicity.
She was enthusiastic about acting in motion pictures since adolescence. She was raised by her grandma. She joined the University of Southern California and got graduated by accomplishing a degree in music.

Is Melody Thomas Scott Leaving Young and the Restless? 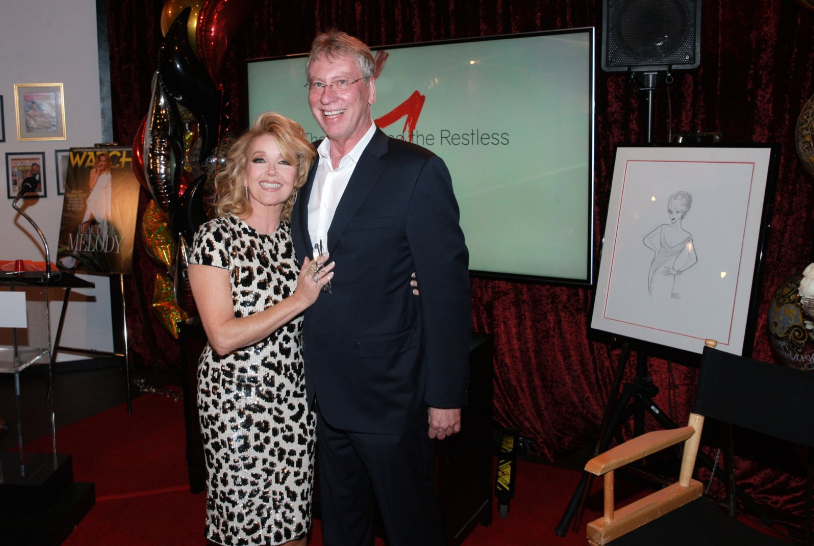 Melody started her career as a child actress in 1964 starring in a movie, Marnie. Following her debut in the film industry, she got several opportunities to be the part of movies and series like The Shootist, The Rockford Files, Charlie's Angels, and a recurring role on The Waltons.
Her acting career also credits her prominent role in "The Beguiled," "Posse," "The Waltons," "The Rockford Files," "Charlie's Angels," "The Car," "The Fury" and many others. She is also known with her household name, Nikki Reed in The Young and the Restless, 1979 where she portrays the best role with different Haircut and styles.
Along with her brilliant career, she is also one of the nominees of two Soap Opera Digest Awards and the winner of one. Furthermore, she has also portrayed her guest roles in other films such as "The Nanny," "The King of Queens," and "Castle."
In addition, On February 19, 2019, The Young and the Restless featured a stand-alone episode to honor Scott's 40-year history with the serial.

How much does Melody Thomas Scott make?

As an actress, Melody Thomas Scott accumulates the vast net worth and fortune in thousands and more amount. According to Celebrity Net Worth, Melody has an estimated wealth of $7 million. She also gets paid with a handsome salary for her work in the film industry

How many times has Nikki Newman been married?

Talking about her personal life, Melody Thomas Scott is currently married. Her current husband, Edward Scott, is her third husband. They got married in 1985, October 12. They now have  3 children; Elizabeth Frances, Marie Scott and Alexandra Scott. Alexandra was adopted by Edward J. Scott, Melody’s third husband.
Before Edward Scott, Melody was married to Michael Altman in 1979. She separated from Michael in the same year. It is not known precisely who Melody Scott’s first husband was. She resides in Beverly Hills, California with her husband and children.

What size is Melody Thomas Scott?

Melody Thomas Scott has been standing with a perfect height of 5 feet 6 inches but weighs is unknown. Her breast size is 34B, waist size is 23 and Hip size is 33. She has a Blonde hair color with Blue eye color. Furthermore, Her shoe size is 7 (US).

Trivias About Melody Thomas Scott You Need To Know.