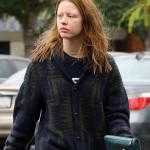 Mia Goth is an English actress and model, best known for her role as Milja in the thriller, "The Survivalist"(2015). She is also known for portraying the character of Sophie Campbell in the crime drama series, "The Tunnel". Goth started her modeling career when she was a teenager appearing in "Storm Model Management", "Vogue", "Miu- Miu". She received "Independent Spirit Awards" for her role as Sara Simms in film, "Suspiria" in 2019.

What is Mia Goth Famous for? 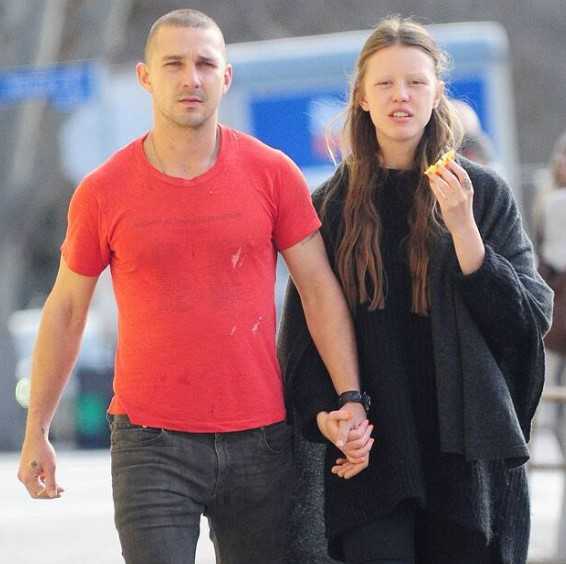 Where was Mia Goth Born?

Mia Goth was born on November 30, 1993, in Southwark, London, England. Her birth name is Mia Gypsy Mello da Silva Goth. Her nationality is British. Goth belongs to Mixed(Ashkenazi Jewish, English, and Brazilian) ethnicity while Sagittarius is her zodiac sign.

Goth was born in Guy's Hospital to a Brazilian mother and Canadian father. Her mother was just 20 when Mia was born, so within a few weeks of her birth, her family moved to Brazil as she needed help from her family to raise Mia. Later when Mia was 5, they moved back to the United Kingdom and later briefly they shifted to her father's native Canada when she was 10.

Throughout her childhood, she attended nine schools in a single school year. Later when Goth was 12, Mia and her mother settled in south-east London, as they found difficulty living with her father. Goth was interested in acting and modeling since her childhood. Also, her maternal grandfather is Lee Jaffe, an artist, and her maternal grandmother is Brazilian actress Maria Gladys.

Who is Mia Goth married to?

Mia Goth was previously married to her boyfriend, Shia LaBeouf. LaBeouf is an American actor. Mia and Shia met for the first time on the set of Mia's first film, Nymphomaniac in 2012. Soon after they fell in love and begun dating.

Apparently, they got married on October 10, 2016, in a Las Vegas ceremony officiated by an Elvis impersonator. Just after 2 days of their marriage, a local official claimed that the pair wasn't legally married. However, later the month, LaBeouf confirmed their nuptials on "The Ellen DeGeneres Show".

Goth and LaBeouf got separated and filed for divorce in 2018 with no children. However, on March 2, 2020, the ex-couple was spotted together during the pandemic situation of global COVID-19.

What is the Net Worth of Mia Goth?

The 26 years old Mia Goth has quite a greet earning through her profession as an actress. Being in the field of the entertainment industry for more than a decade, she has managed to amass a fortune worth million dollars through her several films and modeling deals.

Her estimated net worth is around $1.5 million.

How Tall is Mia Goth?

Trivias About Mia Goth You Need To Know.