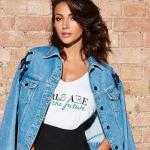 Michelle Elizabeth Keegan, popularly known as Michelle Keegan is an English television and film actress. She is best known for her roles as Tina McIntyre in the ITV soap opera Coronation Street and as Lance Corporal Georgie Lane in the BBC drama series, Our Girl.

Michelle Keegan, who rose to prominence after starring in Coronation Street is happily married to English TV personality, Mark Wright. However, her husband Mark's Ex, Lauren Goodger has been mentioning him publicly singing the praises of their sex life when they were together. Mark and Lauren dated 10 years before they split in 2012. Mark then started dating Michelle and later got married in 2015.

Lauren never hesitates to speak about her time with Mark, especially about their sex lives over the 10 years they were together.

The 31-years old actress, Michelle has reportedly expressed her frustration over someone making public comments about her husband. It might not affect the marital relationship between the two, but she really feels hurt.

What is Michelle Keegan famous for?

Who are Michelle Keegan parents?

Michelle Keegan was born on 3 June 1987. Her birth name is Michelle Elizabeth Keegan. She was born to a father, Michael Keegan, and a mother Jackie Turner. She belongs to white ethnicity and has Gibraltarian, Portuguese,  and Italian ancestry. Her birthplace is in Stockport, Greater Manchester in England. She holds English nationality. Her zodiac sign is Gemini. She follows Judaism religion. She has a brother Andrew Michael Keegan.

She attended St Patrick's RC  High School in Eccles. She later attended the Manchester School of Acting in Manchester.

Initially, she worked at Selfridges in the Trafford Center. She also worked as a check-in agent at Manchester Airport.

In late 2007, she landed the role of Tina McIntyre in the British soap opera Coronation Street.

It was only her second audition and landed the role leaving 900 other people who auditioned behind.

She appeared in Coronation Street for six years. She decided to leave the show and her character was killed off. She made her last appearance on the show in June 2014.

She made her radio debut as a co-host in the BBC Radio 1 programme, The Official Chart in June 2009.

She made a guest appearance as herself in the Easter special, Red Dwarf: Back to the Earth in 2009.

She embarked on a European tour to perform as Tinkerbell in Peter Pan in June 2014.

She was cast as Tracy in the BBC television drama series, Ordinary Lie in 2015.

She also had a major role as Corporal Georgie Lane in series 2 of the BBC drama series, Our Girl in 2015.

She also appeared in the guest role on the ITV2 comedy series, Plebs in 2016.

She had a lead role as Tina Moore in the ITV drama series, Tina and Bobby, which aired in January 2017.

FHM magazine featured her on their cover in January 2011 and in March 2013. 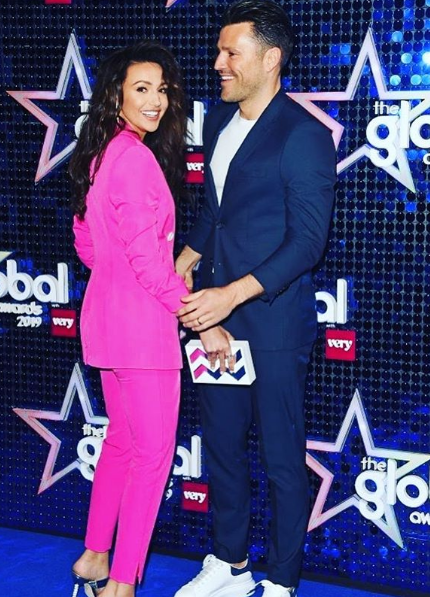 Michelle Keegan is a married woman. She is married to an English television personality and model, Mark Wright. Earlier, they got engaged in 2013. The two tied a knot to each other on 24 May 2015.

Michelle was previously engaged to English singer, Max George. They started dating starting in December 2010. They got engaged in June 2011. But, the couple split in 2012.

What are Michelle Keegan's Body Measurements?

What is Michelle Keegan's Net Worth?

Michelle Keegan has established herself as one of the popular TV actresses. She has also appeared in films and stage. She earned 60,000 pounds annually while she was working on Coronation Streets. She has endorsed several brands. She has launched her own collection line Lipsy in 2014. Working in the entertainment industry is her main source of income. As of 2019, her net worth is estimated at 2.7 million pounds.

Trivias About Michelle Keegan You Need To Know.