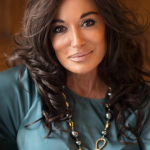 Nancy Dell'Olio is an American lawyer and media personality who is renowned for being the girlfriend of football manager Sven-Göran Eriksson. She was the partner of Anton du Beke on the ninth series of Strictly Come Dancing. In 2016 she competed in the seventeenth series of Celebrity Big Brother. She became the second housemate to be evicted on Day 11. Recently, she appeared in the Celebrity MasterChef kitchen. will be joining the Celebrity MasterChef 2022 line-up with McFly's Danny Jones, comedian Kae Kurd, Love Island's Faye Winter and ChuckleVision's Paul Chuckle in the first heat of the competition.

What is Nancy Dell'Olio Known For?

What is Nancy Dell'Olio Birth Name?

Born with the birth name of Annunziata Dell'Olio, Nancy Dell'Olio's birth date is 23rd August 1961. She holds American nationality and her ethnicity is Mixed. She celebrated her 60th birthday as of 2021. Her birthplace is in New York City, the USA. She has three siblings and she is the eldest one. When she was five her family moved back to Italy, to the town of Bisceglie in the Province of Barletta-Andria-Trani and region of Apulia. Focusing on her education, she studied law at the University of Bari. She obtained her master's degree from New York University.

Everything To Know About Faye Winter

Who is Nancy Dell'Olio Boyfriend?

Nancy Dell'Olio was a married woman but she is assumed to be single at present after her split with Sven-Göran Eriksson and Sir Trevor Nunn. It seems she is currently focusing on her career rather than being in a relationship. Her sexual orientation is straight.

In the year 1990, Nancy Dell'Olio married Giancarlo Mazza and established her own legal practice, specializing in property law. In May 1998, she was introduced to Sven-Göran Eriksson, the manager of the Lazio football team, and they began a relationship after six months. In January 2001, Eriksson became manager of the England team, and he and Dell'Olio relocated to London. At the beginning of 2002, Eriksson had a short-lived affair with television presenter Ulrika Jonsson, but he returned to Dell'Olio. In August 2004, Eriksson then had an affair with The Football Association secretary Faria Alam. As Alam had also had an affair with FA CEO, Mark Palios, when the media got hold of the story, it became high profile and made leading headlines in newspapers and on television. Dell'Olio was upset but chose to stay with Eriksson. The couple later split up in August 2007. After that, she was in a relationship with Sir Trevor Nunn, but by the end of the year, it was reported the relationship had ended. 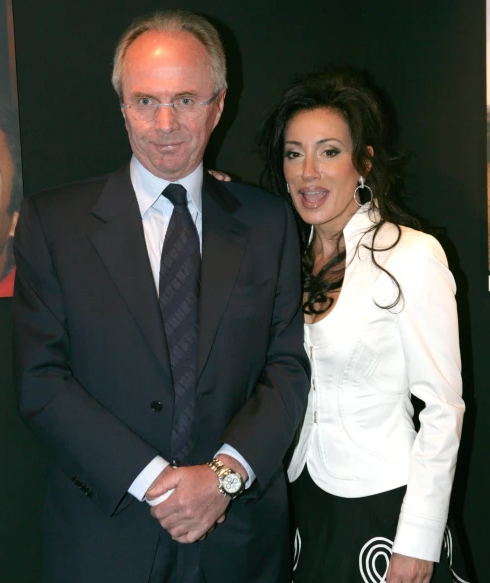 What is Nancy Dell'Olio Net Worth?

Nancy Dell'Olio is a media personality and lawyer by profession who has made a decent amount of money from her career work. As per sources, her present net worth is estimated to have $1.5 Million. Her main source of wealth comes from the entertainment industry. She is making her salary in thousands of dollars. She is living a modest lifestyle at present.

How tall is Nancy Dell'Olio?

Nancy Dell'Olio is a beautiful woman standing at the perfect height matching her body weight. She wears a shoe size of 4 (US) & her dress size is 8 (US). Her hair color is black and her eye color is also black. Her body type is slim.