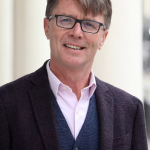 Nicky Campbell is a radio and television presenter and journalist from Scotland who has presented the BBC Radio 5 Live breakfast program since 2003, BBC One's Sunday morning show The Big Questions from 2007 to 2021, and Long Lost Family on ITV since 2011. From 1988 until 1996, he presented the game show "Wheel of Fortune" and "Watchdog" from 2001 to 2009. He wrote a book called 'Blue Eyed Son', about his own adoption experience in 2004. Campbell currently narrates the C5 Documentary series Nightmare Tenants Slum Landlords (June 2019). Also, he currently presents The Big Questions on BBC One.

What is Nicky Campbell Famous For?

Where is Nicky Campbell From?

Nicky Campbell took birth on 10th April 1961 in Edinburgh, Scotland with the born name of Nicholas Andrew Argyll Campbell. His nationality is Scottish and his ethnicity is Mixed. He was adopted as an infant. His adoptive mother was a psychiatric social worker and his adoptive father was a publisher of maps. He attended the independent school Edinburgh Academy. In July 2022, he disclosed that he witnessed and experienced sexual and violent physical abuse there, which had a "profound effect on [his] life". He studied history at the University of Aberdeen and graduated with a 2:1 degree.

In 2002, Nicky Campbell decided to find his Irish biological father. Whereas his birth mother was from a Dublin Protestant family, his biological father was a Northern Irish Catholic thirteen years younger than her. He also discovered that his grandfather had been in the IRA from 1919–1921, and his biological father had been active in the IRA in the 1950s, and still held Irish Republican views. In 2004, he wrote Blue-Eyed Son [Story of an Adoption], his account of being adopted and tracing both his birth parents and his extended families in Ireland. His birth mother, Stella, died in 2007; Campbell spoke at her Dublin funeral. On 12 December 2019, he announced via social media that his mother Sheila had died at the age of 96. She had appeared in her son's episode of Who Do You Think You Are in 2007. 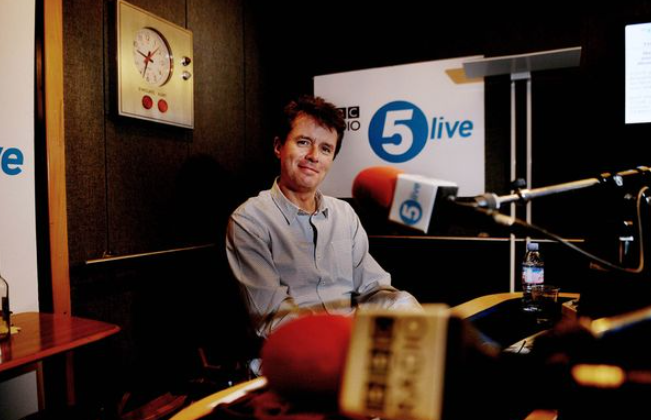 Who is Nicky Campbell Wife?

Nicky Campbell is a married man. Firstly, he married his wife, Linda Larnach, a divorcee; eight years his senior with two sons. He met her while working at a local radio station in Scotland. They then moved to North London where he would later nurse her through a health scare and ME, and encouraged his young stepsons in their footballing endeavors, he hosted auctions to raise funds for their local amateur club. He took time out of his career during Larnach's illness. When they split, she gave interviews in which she claimed his career break had been a publicity stunt. After that, he married his second wife, journalist Christina "Tina" Ritchie who is the former head of Virgin Radio News, in December 1997 in Kensington. They are also the proud parents of four daughters. Today, Nicky and Christina are living a happy life without any disturbances. His sexual orientation is straight.

How Rich is Nicky Campbell?

Nicky Campbell is a radio and television presenter and journalist. As of 2022, the net worth of Nicky is estimated to have $10 Million. His main source of wealth comes from his television career. His annual salary is in millions of dollars. He is living a luxurious lifestyle at present. Further, he has not stated details about his assets. He has homes in Salford, Clapham, and Glenelg.

How tall is Nicky Campbell?

Nicky Campbell is a handsome man with a tall height of 1.92 m. His body build is slim whereas his body weight and other measurements are still to get disclosed yet. His hair color is black-light brown and his eye color is brown. He has been diagnosed as bipolar and has candidly discussed his depression and difficulty in coping with life's challenges.

Trivias About Nicky Campbell You Need To Know.