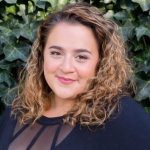 Nicole Blonsky, excellently known as Nikki Blonsky is an American actress, singer, dancer, and internet personality. She is well recognized for being cast as Tracy Turnblad in "Hairspray" (2007) and as Maggie Baker in "Queen Sized" (2008). She is also best known for starring in several shows as Teri O'Shaughnessy in "Ugly Betty" (2009), Poppy Barker in "Valemont" (2009), Willamena Rader in "Huge" (2010), and Margot in "Smash" (2013). Nikki was nominated for a Golden Globe Award for "Best Actress in a Motion Picture Musical or Comedy" and won several awards such as the Broadcast Film Critics Association Award for "Best Young Performer". She has also lent her voice to the release of several hit songs for the soundtrack album titled "Hairspray" (Soundtrack to the Motion Picture) which was released on 10th July 2007. Additionally, Nikki launched her video blogging series on her Instagram account in 2020, in which she chats with other celebrities. Her Instagram account has gained more than 47.1K followers. 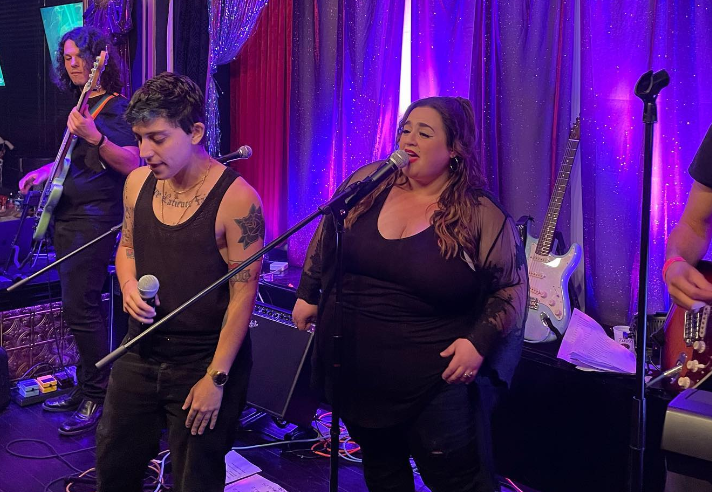 Where is Nikki Blonsky from?

Nikki Blonsky was born on 9th November 1988 with the real name of Nicole Blonsky in Great Neck, New York, U.S. She is of American nationality and she belongs to the American-white ethnicity. Likewise, she follows the Roman Catholic religion and her race is white. Nikki's present age is 33 and she will be celebrating her 34th birthday in the coming November of 2022. As per her birthdate, her star sign is Scorpio. Her father, Karl Blonsky is a Municipal Employee whereas her mother, Karen Smeja Blonsky is a School Teacher. She also has one sibling a brother named Joey Blonsky.
Moving to Nikki's education, she attended Great Neck North Middle School and attended John L. Miller Great Neck North High School. Later she attended the after-school theatre program at William A. Shine Great Neck South High School daily.

What does Nikki Blonsky do for a living?

Who is Nikki Blonsky dating?

Nikki Blonsky is an unmarried woman. In June 2020, she came out as lesbian via a video posted to the social media site TikTok set to the song "I'm Coming Out" by Diana Ross. She presently seems to be dating her beautiful partner Hailey Jo Jensen which Nikki shares with a sweet Instagram post in June 2022. She is enjoying her present life happily with her girlfriend. She currently resides on Long Island.
Regarding Blonsky's past affairs, she was in a toxic relationship that often resulted in domestic violence as she stated that once she had been hit by a phone in the head apart from being violently beaten up. There is also a rumor about dating Zac Efron in the year 2007 on the set of "Hairspray". People further sought to believe in the speculations after the couple shared an intimate kiss on television during a talk show. But, the rumor was later put to an end as during that time, Zac was dating actress Vanessa Hudgens. In the year 2011, Nikki was spotted kissing aspiring actor Tommy Potoeski at a restaurant. Tommy even identified himself as her boyfriend while they were there. Nevertheless, in June that year, her representative stated via Twitter, that she was happily single.
Furthermore, Nikki and her parents were involved in a violent confrontation with the family of Bianca Golden July 2008, a former contestant on "America's Next Top Model", at the Providenciales International Airport in Turks and Caicos.

How much is Nikki Blonsky's Net Worth?

Nikki Blonsky is a passionate and hardworking lady who has a net worth of $625,000 as of 2022 whereas she also earns a fine amount of salary which is around thousands of dollars per year. With her hard work and luck by her side, Nikki can double the amount of wealth she has today. Her major source of income is her acting career and she is sincere in her work.

Nikki Blonsky stands at an ideal height of 4 ft 10 in or 147.5 cm with a body weight of 90 kg or 198.5 lbs. She has dark brown hair and eyes color. Her sensible thoughts with a good sense of humor greatly attract her spectators to their TV screen. Moreover, her body build type is average. Talking about her body weight, Nikki is refreshingly comfortable in her own skin and is happy that she didn't succumb to pressure to lose weight in order to get into the biz, after all, so far her size has only helped her.

"If I would have listened to all those people who told me to lose weight, I wouldn't have gotten Tracy in "Hairspray" and I wouldn't have gotten Will in "Huge"," she tells Fox411 at Planet Hollywood in Times Square. "I'd probably still be in an ice cream store, which isn't a bad place, but it's just not where I'm meant to be."

Trivias About Nikki Blonsky You Need To Know.