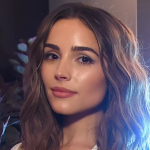 Olivia Frances Culpo famed as Olivia Culpo is an American model, actress and beauty queen who won the Miss Universe 2012 pageant, representing her home country of United States. Previously, she won the Miss Rhode Island USA competition, which was the first pageant she entered. She is the first winner from the United States to be named Miss Universe since Brook Lee in 1997. She has also opened a restaurant named "Rhode Island" with her family in the year 2017.

Olivia Culpo Is ''Shocked'' by Danny Amendola's Cozy Beach Date With Another Woman. Her boyfriend Danny Amendola wasn't exactly showing model behavior this past weekend. Olivia is very disappointed and shocked about the photos that came out with Danny getting cozy with another girl." Danny has reassured Olivia that Bianca is a longtime friend and they were just catching up," explains the insider. "He has assured her that nothing is going on between them and that he is really happy with Olivia."

Olivia Culpo posts playful bikini video from Australia as Danny Amendola gets close with lookalike brunette on Miami beach. On Sunday, Culpo revealed in a new Instagram video that she's in Australia, on a shoot for Sports Illustrated. She also tagged Sports Illustrated Swimsuit editor MJ Day in the post, stating, 'love you. Can’t wait to laugh our faces off together !!!!!!'.

She is currently on Kangaroo Island in Australia for her shoot.

Olivia Cuplo was born on 8th May 1992 with the birth name of Olivia Frances Culpo in Cranston, Rhode Island, the U.S. Her nationality is American. Her zodiac sign is Taurus. Her ethnicity is Caucasian-White. Her religion is Christianity. She is one of five children of Peter and Susan Culpo. Her father was a businessman and her mother helps her in every path of her life. Talking about her siblings, she has two older siblings, Pete and Aurora, and two younger, Gus and Sophie. She was raised in the Edgewood neighborhood of Cranston, Rhode Island, she is of Italian descent with some Irish ancestry from her mother's side.

She is currently residing in New York, USA.

Olivia has got a very attractive body figure. She attracts a lot of people from her glowing face and charming smile. She has a tall height of 170 cm. The color of her hair is Brown and her eye color is also Brown. Her bra size is 33B. She has a balanced weight of 50 Kg. Her body measurement is 34-24-35 in. Her shoe size is 7 (US).

Olivia is not married yet but she is in a relationship. At present, Culpo is in a relationship with a famous football player named Danny Amendola. At the close of winter 2016, they officially announced that they dated. The couple is enjoying their life peacefully and there is no any sign of separation between them.

However she is single, she has dated many celebrities in her life. She has dated Nick Jonas, Tim Tebow, and Danny Amendola.

Net worth of Olivia

The net worth of Olivia is estimated to have $5 Million as of 2018. She is earning a good amount of money from her work. Her exact salary is not revealed yet but there is no doubt in the mind of her follower that she is earning a considerable amount of salary from her work. Her garage should consist of the most prestigious and expensive cars. One of them is a Range Rover.

Trivias About Olivia Culpo You Need To Know.