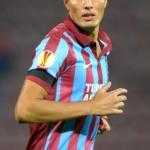 Oscar Rene Cardozo Marin, professionally known as Oscar Cardozo is a Paraguayan professional footballer. He plays as a striker for Club Libertad and the Paraguay national team. He started his youth career from Club 23 de Junio and has later played professional football for 3 de Febrero, Nacional Asuncion, Newell's Old Boys, Benfica, Trabzonspor, and Olympiacos. He joined Libertad in 2017. He became full international for the Paraguay national team in 2006. He was named Paraguayan Footballer of the Year in 2006 and 2009.

What is Oscar Cardozo Famous For? 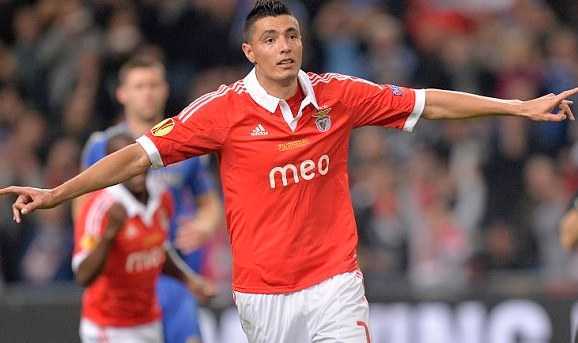 Where was Oscar Cardozo Born?

Oscar Cardozo was born on 20 May 1983. His birth name is Oscar Rene Cardozo Marin. His birth place is in Juan Eulogio Estigarribia in Paraguay. He holds Paraguayan nationality. He was born to a father, Genaro, and a mother, Rosa Maria. He grew up in a poor family. His zodiac sign is Taurus.

He made his senior professional debut from Club Atletico 3 de Febrero in 2003.

In 2004, he joined Nacional Asuncion. He quickly established himself as a key player in the club.

In June 2007, he joined Portuguese club Benfica for 9.1 million Euro. He became the second most expensive signing in the club's history.

He became one of the successful players in Benfica winning numerous titles for the club.

He finished his spell at Benfica as the highest-scoring foreigner at the club with 172 goals in all competitions.

He joined Greek club Olympiacos in August 2016. He won 2016-17 Superleague Greece there.

Following a year spell in Greece, he returned to Paraguay to join Libertad in June 2017. 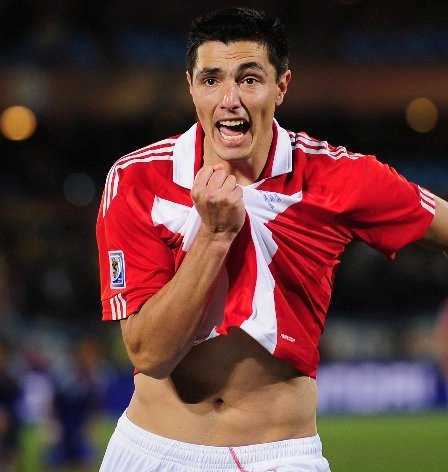 Cardozo made his international debut for Paraguay in October 2006. He made his debut in an exhibition game against Australia.

He scored his first international goal against Mexico in June 2007.

He became the oldest player in Paraguay's history to score in Copa America after he scored a goal against Qatar in June 2019. He scored the goal at the age of 36.

Who is Oscar Cardozo Married to?

What are Oscar Cardozo Body Measurements?

What is Oscar Cardozo Net Worth?

Oscar Cardo earns from his professional football career. The veteran striker earned his fortune playing football in Portugal, Argentina, Turkey, and Greece. His income comes from salary, bonus, and endorsements. His net worth is not available at present.

Trivias About Oscar Cardozo You Need To Know.