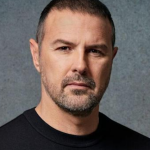 Paddy McGuinness is an English actor, comedian, and television presenter who rose to fame with the help of Peter Kay, who invited him to appear in his programs That Peter Kay Thing, Phoenix Nights, and Max and Paddy's Road to Nowhere. He is best known for his roles within Channel 4, ITV, and the BBC presenting game shows such as Take Me Out as well as Top Gear. In 2021, he became the new host of Question of Sport, a British TV sports quiz show that is considered to be the world’s longest-running TV sports quiz show. The show has regularly been on air since 1970 (with 2 notable exceptions – 1973 and 1978).

What is Paddy McGuinness Known For?

Who are Paddy McGuinness's Parents?

Paddy McGuinness was born with the birth name of Patrick Joseph McGuinness on 14 August 1973 in Farnworth, Lancashire, England. He holds British nationality and his ethnicity is British-Irish as he was born to Irish parents from County Tipperary. His father, Joe McGuinness is a musician. He grew up with his siblings; a brother, Tony McGuinness who is a DJ, and a musician by profession. His present age is 49 as of 2022. He attended Mount St Joseph High School, a mixed Roman Catholic secondary school in his hometown of Farnworth. It was from his school days in Farnworth that McGuinness formed his close relationship with Peter Kay.

Who is Paddy McGuinness's Wife?

Paddy McGuinness was a married man to his ex-wife, Christine Martin; a model and a reality Tv star. They got married on 4th June 2011. The couple has three children; twins Penelope and Leo (b. 2013) and Felicity (b. 2016). Christine was named Miss Commonwealth and also Miss Liverpool at the tender age of 18. Similarly, they met at the Liverpool Tennis Tournament when she was modeling for Liverpool-based boutique Cricket. During an appearance on The Jonathan Ross Show, he described fatherhood as "the most fantastic thing ever". All three of McGuinness's children are autistic, as is their mother. In 2021 they made a BBC documentary Paddy and Christine McGuinness: Our Family and Autism. In June 2018, McGuinness revealed that he had been diagnosed with arthritis several years prior, at the age of 44. On 22 July 2022, it was announced that McGuiness and Martin had separated, after 11 years of marriage, but will remain living together in their family home. His sexual orientaiton is straight. 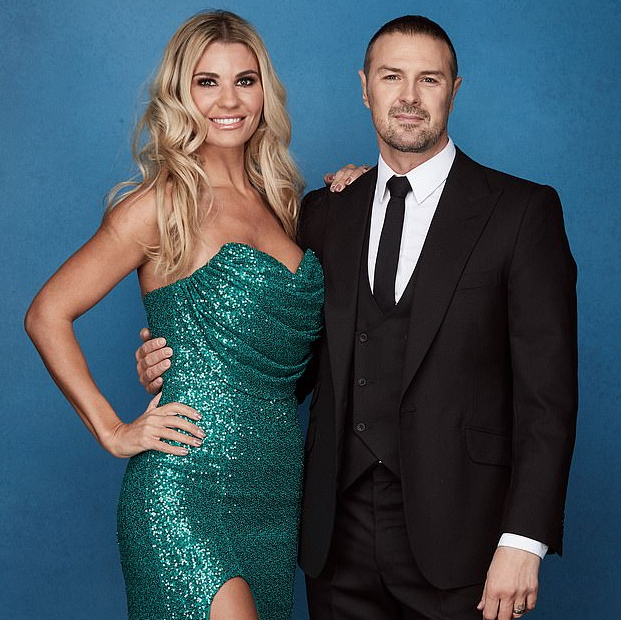 How much is Paddy McGuinness's Net Worth?

Paddy McGuinness is an actor, comedian, and TV presenter whose net worth is estimated to have $10 Million as of 2022. He has made the majority of his fortune from fronting various popular TV shows including Take Me Out and BBC Top Gear. His main source of wealth comes from the entertainment industry. He has also enjoyed successes as a touring comedian, author, and radio presenter. He is making his salary in thousands of dollars from his profession. He is living a cool lifestyle at present. He has served as the brand ambassador of Pizza Hut (an American multinational restaurant chain) (appointed in 2013) and Jackpot Joy (an online gaming company) (appointed in 2017). He has been featured in the TV commercials for Victor Chandler (British bookmaker) (November 2010), and Greggs plc (British bakery chain). Besides this, he participated in Soccer Aid (a British annual (formerly biennial) charity event that has raised more than £35 million in aid of UNICEF UK) in 2010, 2012, 2014, 2016, and 2018.

How tall is Paddy McGuinness?

Paddy McGuinness is 6 feet 1 inch tall with a body weight of 81 KG. He has gone through weight loss and body transformation. His hair color is salt and pepper whereas he has hazel eyes color. He has a toned physique with close-cropped hair. He has a charming smile with a glowing face. Overall, he has got a healthy body with an athletic body type. In 2019, Paddy posted before-and-after photos of his weight loss, revealing that he has dropped from 14 stone to 12.5 stone in just four months. This was due to a change in his diet and fitness regime. Paddy went to the gym to get “leaner” and started to watch what he ate. He had a heart inked on the ring finger of his left hand as a tribute to his wife, Christine McGuinness, 34, after losing his wedding ring twice in the past.

Trivias About Paddy McGuinness You Need To Know.