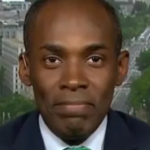 One of the very famous American personality who is a conservative political speaker, as well as a conservative commentator on CNN and NPR, is Known as Paris Dennard. He is also the Senior Director of Strategic Communications for the Thurgood Marshall College Fund. Previously, he has worked with the U.S President, George W. Bush. He is a very excellent and talented Speaker.

He is best known for his work as a CNN political commentator, NPR political analyst, and GOP communications strategist.

Dennard was born on 18th August 1982 in Phoenix, Arizona the city of U.S. His nationality is American. He completed his education from Pepperdine University (Bachelor of Arts). His sun sign is Leo. He was raised by a single mother.

Net Worth of Dennard

The net worth and salary of Dennard is still to figure out and will be updated soon.

Dennard is a very secretive person. He has not shared his personal life with anyone.

Trivias About Paris Dennard You Need To Know.