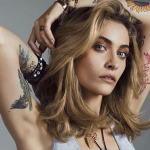 Paris Jackson is an American model and actress. She is best known as the daughter of the king of pop, Michael Jackson. She is very active on Twitter and she has over 1 million followers on Twitter.

After a busy year of work engagements that took her all over the globe, she decided to take some time off to reboot, realign and prioritize her physical and emotional health. She checked herself into a treatment facility to aid in her wellness plan and is looking forward to coming out of this revitalized and ready to tackle the exciting new projects that await her.

Back to her early life, the famous personality puts her first step on the earth to show her inner talent as Paris-Michael Katherine Jackson in Beverly Hills, California, the United States to legendary singer, Michael Jackson, and Debbie Rowe. Jackson is American by nationality and belongs to Mixed ethnicity (African-American and White). Her parents named her after the French city where she was conceived. Her father was a pop star and her mother is a nurse.

She has two siblings, Michael Joseph Jackson Jr., and Prince Michael Jackson II. After her parents divorced in 1999, her father raised her in Neverland Ranch. Her mom is dating Marc Schaffel as of now. Elizabeth Taylor and Macaulay Culkin are her godparents to hide their faces she along with her siblings used to wear masks during public outings.

She was joined at the Buckley High School in Los Angeles. However, after her mental struggles and suicide attempt, she was recruited at a therapeutic boarding school in Utah in 2013. In her teens, she has been a sufferer of cyberbullying and a sexual assault, which increased her self-harming behavior and drug abuse. While growing up, she was pretty busy in sports and was in basketball, softball and volleyball teams for her school.

There is no exact information about how Paris Jackson began her career. She came into the limelight after her father’s death and became the topic of discussion every time when she was caught in camera. Despite several controversies, she openly spoke about her father and family. She made her first TV appearance in 2003 in ''Living with Michael Jackson''. She is popularly known as the actress and model.

She made her acting debut in 2011 from the children’s fantasy film, Lundon’s Bridge and the Three Keys. The movie was based on a book by Dennis Christen. But the film ended up in development hell. In January 2017, She featured on the cover of Rolling Stone. The same year, she also signed a modeling contract with IMG Models and also appeared as a guest star in the musical drama TV series, Star created by Lee Daniels and Tom Donaghy. She also appeared in several music videos and TV shows. In 2018, she worked in the crime comedy film, Gringo with Charlize Theron, Joel Edgerton, David Oyelowo and Amanda Seyfried.

Belonging to a musical family, she loves to sing and write songs but does not want to make it her career. She and musician/singer Gabriel Glenn formed a musical duo named The Soundflowers in 2018. The duo performed their first gig at Canyon Sessions on June 23, 2018, with their original songs Daisy and In the Blue. She refers to herself as "PK Dragonfly" in the band, sings and plays the ukulele while Glenn also sings and plays acoustic guitar.

Awards and Achievements of Paris Jackson

From her career, she was awarded Emerging Talent Awards in 2017. Similarly, she has included People magazine in their Most Beautiful List.

Net Worth and Online Presence of Paris Jackson

Paris Jackson’s estimated Net Worth has said to have a net worth of $100 Million. Being a professional model herself and she has done several movies in the career she might have added some wealth by herself. But the fact her major part of the net worth comes from whatever her father left for her and other siblings.

Paris Jackson is an unmarried woman till now. She has been in few relationships in her life. She dated Chester Castellaw, soccer player for a year in 2015. They broke up at the end of 2015. After that breakup, she began dating Michael Snoddy in early 2016. She broke up with him in February 2017 because of some unknown reasons. According to the latest reports, their break up was very peaceful and there was no action. For now, there is no proof of her being in a relationship so it can be said that she is single.

Looking at her body statistics, she has Short pixie hairdo as her distinctive features. She has a good height of 5 Feet and 9 Inches (1.75m) with body weight 56kg. She has a well-shaped body with 34-24-35 inches. Her dress size is 2 (US) and her shoe size is 8 (US). She has light brown hair color and her eye color is blue.

Trivias About Paris Jackson You Need To Know.