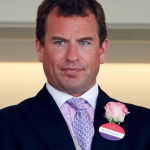 Peter Mark Andrew Phillips is a British businessman who gained fame for being the son of Anne, Princess Royal, and Captain Mark Phillips. He is excellently known as Peter Phillips. He is also well recognized as the eldest grandchild of Queen Elizabeth II and Prince Philip, Duke of Edinburgh. In the early 2000s, he worked as a corporate hospitality manager for Jaguar and he is currently working as the managing director at SEL UK 2016. As well, Peter represented Scotland at rugby at the youth/junior level whilst at School and toured South Africa in 1996 with the Scotland international team. Additionally, he joined the Queen's children and other senior members of the Royal Family in walking behind the cortege in the state funeral procession of Queen Elizabeth II on 19th September 2022.

When was Peter Phillips born?

Peter Phillips opened his eyes for the very first time on 15th November 1977 in St Mary's Hospital, London, England. His real name is Peter Mark Andrew Phillips and his nationality is British. Similarly, he came from British-white ethnic background and his religious belief is in the Christian religion. Peter has celebrated his 44th birthday as of 2021 and as per his birthdate, his star sign is Scorpio. Thus, his race is white. He was the first child of his mother, Princess Anne, and his father, Mark Phillips, who had married in 1973. He was also the first legitimate grandchild of a monarch in more than 500 years to be born without a title or courtesy title. Peter's parents were said to have refused offers from his grandmother Queen Elizabeth II that would have led to his being born in the peerage. Peter was fifth in line to the throne at birth and remained so until the birth of his cousin Prince William in 1982. He has a younger sister, Zara Tindall, born in 1981, and two younger half-sisters, Felicity Wade, born in 1985, the daughter of Mark Phillips and his former mistress Heather Tonkin; and Stephanie Phillips born in 1997 who is the daughter of his father's second marriage to Sandy Pflueger.
Talking about Peter's academic qualifications, he went to Port Regis Prep School in Shaftesbury and later attended the University of Exeter and graduated with a degree in sports science.

Who is Peter Phillips married to?

Peter Phillips is a married man. He is currently in a romantic relationship with Lindsay Wallace, with whom he made his official debut as a couple at the Epsom Derby in June 2022. He previously tied a knot with his ex-wife Autumn Kelly in 2008 in St George's Chapel at Windsor Castle. Kelly is a Canadian management consultant. Peter met her at the Formula 1 Canadian Grand Prix in Montreal and their engagement was announced on 28th July 2007. The couple also has two children together as the pair's first child, and the Queen's first great-grandchild, a daughter named Savannah Anne Kathleen, was born on 29th December 2010 at Gloucestershire Royal Hospital. Their second daughter, Isla Elizabeth, was born at Gloucestershire Royal Hospital on 29th March 2012. However after a long-term love life, they got separated in 2019, and their divorce was settled on 14th June 2021. Concerning Peter's sexual orientation, he is straight. 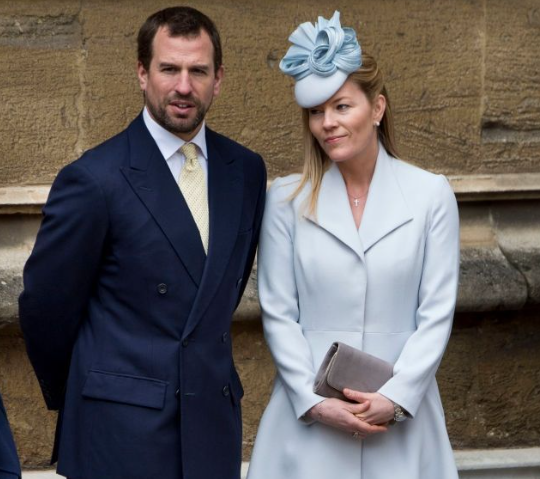 Furthermore, Phillips joined his sister and six cousins to mount a 15-minute vigil around the body of the Queen during the period of official mourning for Queen Elizabeth II, as it lay in state at Westminster Hall. He joined the Queen's children and other senior members of the Royal Family in walking behind the cortege in the state funeral procession on 19th September 2022.

What is Peter Phillips' net worth?

Peter Phillips is a talented man who has a net worth of $20 million as of 2022 whereas he also has a handsome amount of salary which is around thousands of dollars per year. He also appeared in an advertisement for Chinese company Bright Food in January 2020 as in the video, he uses his status as a "British royal family member" to promote the company's milk, while surrounded by luxury. He has the access to all the world's luxury and comfort. Besides living in a mansion, he also wears expensive watches and drives the sleekest and most posh cars. In addition, his major source of income is his business career.

How tall is Peter Phillips?

Peter Phillips is 1.83 m tall and his body weighs around 78 kg. He has light brown hair and dark brown eyes color. He's got an unconventional good look and raw appeal about him. Reasons for his amazing personality could be his roots. Moreover, his body build type is average.

Trivias About Peter Phillips You Need To Know.