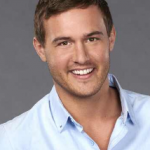 Peter Weber is a contestant on the 15th season of The Bachelorette. He made a great impression on Hannah on the first night by giving her a set of wings when he stepped out of the limo. During the Episode 3 group date, in which the guys were asked to pose in a professional photo shoot with animals, Peter had a great conversation with Hannah and they also made out. Hannah gave Peter the group-date rose after taking a big step in their relationship. Peter officially asked Hannah B to be his girlfriend on the fourth episode of The Bachelorette. Hannah said yes. He is a pilot for Delta Airlines at present. On March 10, 2018, he announced through an Instagram post that he had accepted the offer to fly for Delta Air Lines. 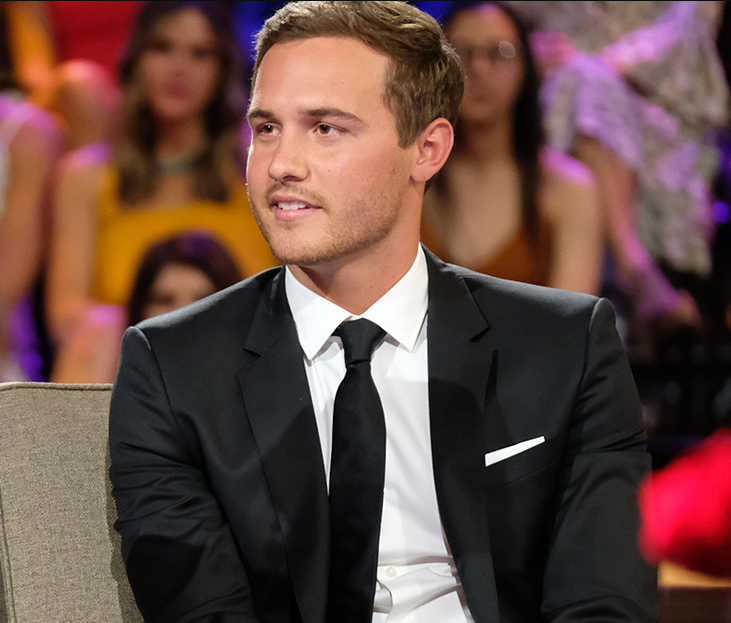 Hannah Brown and Peter "Pilot Pete" Weber made headlines when the Season 14 lead of The Bachelorette revealed they slept together during their overnight date, which (now infamously) went down in a windmill. The couple's love story would ultimately come to an end shortly thereafter but ended on a high note when Hannah revealed during The Bachelorette's 2-part finale that they actually got down and dirty four separate times in the fantasy suite. To quote the one and only Alabama Hannah: "I will say, I was a little dishonest about something. Since it's out there, I did say there is something Peter and I did twice, it was actually four times." With Peter's parents in the audience, it's no wonder the 27-year-old's cheeks turned a rosy shade of bright red as he said, "The truth is out. I can't believe you said that. Oh, my God." So how is Peter feeling now that the entire country knows a thing or two about his performance in the bedroom? During his first post-Bachelorette interview on Bachelor Happy Hour With Rachel and Ali, Peter said he completely understands why Hannah came clean with the dirty details. Peter added, "I understand being in a heated moment like that, things slip and that's exactly what happened with her. It is what it is. I'm honestly very comfortable with my sexuality and talking about sex so I guess I'm the anti-Luke in that regard." He continued, "here's no reason I wouldn't want to pursue it as the Bachelor and hope at the end I can find my person finally and have an amazing time doing it. So, yes if it's offered, 100 percent."

Where is Peter's hometown?

On 4th August 1991, Peter Weber was born in Fairfax, Virginia, the USA. His nationality is American and his ethnicity is White. His religion is Christian. As of 2018, he celebrated his 27th birthday. As per his education, he is a graduate student. He was born to Barbara Weber, his mother and Peter Sr., his father. His father is a pilot, his Instagram bio states that he is an “Airline Pilot.” In June 2018 Peter revealed on Instagram that his father has been flying a 787 for United Airlines. His mother was a flight attendant. His mother whose full name is Barbara Innocente de Jesus Figarola Infante Borrego Rodriguez Weber also competed in beauty pageants. She is a former Miss Illinois. She however now works as a realtor for Keller Williams Realty, selling residential properties in and around the Westlake area. He also has a brother named Jack Weber. According to an Instagram post, Jack graduated in 2017 from UCLA with a B.S. in applied mathematics. He is a certified flight instructor in Camarillo, CA.

Peter Weber is a very handsome person with an athletic body build. He has a tall height of 5 ft 9 in with an average body weight of 73 Kg. His eye color is dark brown and his hair color is brown. He has got a very charming smile on his lips attracting a lot of people towards him. He has got a very healthy body.

Does Peter from the bachelor have a girlfriend?

Peter Weber is not married yet and he is still to get married. But he is in a relationship. A Twitter user Jess (@j_may13) claimed that Peter had a girlfriend while auditioning for the Bachelorette and according to her it was true love. She even alleged that Peter begged, “her to move in with him!” Reality Steve later alleged that he spoke with the girl and that he did an email interview with her that was set to be posted to the public but she pulled off the interview after the lady asked him not to after Haley faced backlash for her interview. He dated Hannah Brown in The Bachelorette. As of today, he is living a happy life without any disturbances.

Net Worth of Peter Weber

The net worth of Peter Weber is estimated to have $250K as of 2019. But his exact salary has not been revealed yet but there is no doubt in the mind of his follower that he is earning a considerable amount of salary from his present work. His source of earning is from his pilot career and others. Overall, he is satisfied with his earnings.