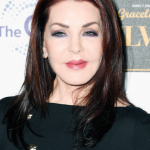 Priscilla Presley is a renowned American entrepreneur and actress; notable for being the wife of the famous American musician named Elvis Presley. She was the former President of Elvis Presley Enterprises which orchestrated Graceland turning into one of the top tourist destinations in the United States. Today, let's explore the facts related to the Priscilla Presley wiki, career, affairs, and many more.

Priscilla became popular as an actress through her brilliant performance in the movie titled Naked Gun as well as the soap opera Dallas for which she got an award in 1984. The stunning actress has equally appeared in other popular movies like Spin City, Family Guy, Touched By An Angel, and Breakfast with Einstein, among others.

Who are the parents of Priscilla Presley?

Back to her early life, Priscilla first stepped into this world in 1945; her birth name was Priscilla Ann Wagner and she was born in New York City in the United States. She is the daughter of James Wagner who worked as a pilot for the US Navy and his wife Anna Lilian Wagner. Her father passed away through a plane crash barely six months after she was born.

After his death, her mom married Paul Beaulieu who was a US Airforce officer in 1948. Due to the nature of her father’s job, Priscilla didn’t experience a stable childhood as her family kept on moving from one place to the other. She spent her childhood days in Connecticut, Maine, New Mexico, Texas, and Germany.

Regarding her education, She attended the Immaculate Conception High School in Memphis. Upon graduating in June 1963, she moved to live-in with Presley.

When did Priscilla Presley pursue his acting career?

To whom Priscilla Presley married?

Interestingly, Priscilla continued to enjoy a blissful union with her celebrity husband until 1972 when their relationship turned sour. The couple separated in 1972 and filed for a divorce the following year. Their divorce process was finalized in October 1973 and the duo remained friends.

Following her divorce in 1973, Priscilla had too many romantic associations. Immediately after her split, she started to live-in with her romantic partner, Mike Stone. But the relationship did not last long as she soon was infatuated by Mike Edwards, a model, and actor. Her live-in relationship with Edwards lasted for six years.

Subsequently, Priscilla began another relationship with a man named Marco Garibaldi. The pair were together for over 22 years and they both had a son named Navarone Garibaldi in March 1987. In 2006, they ended their relationship. At present, she probably singles because there is no information about her affairs on the internet.

How much is Priscilla Presley net worth?

Undoubtedly, Priscilla is a career driven woman and so talented with business. Her excellent creative ideas kept her former husband’s company Elvis Presley Enterprises above their competitors; hence becoming a multi-million dollar company. She equally ran her own businesses including a Bis & Beau boutique among other businesses.

In addition to that, she has earned a huge amount of money from her acting career as well. Priscilla Presley currently has a whopping net worth of $50 million. However, her salary is yet to be revealed. In the case of revealed, we will let you know.

How tall is Priscilla Presley?

Observing her body physics, Priscilla stands a heigh of 5 feet and 4 inches and weighs around 56 Kg. Similarly, She has an average body build with 34-26-35 inches. She used 32B bra size, 7 (US) shoe size and 6 (US) dress sizes. Further, Her eyes color is blue and hair color is a natural brunette.