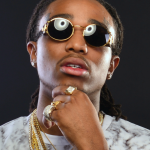 An American rapper, singer, songwriter, as well as a record producer, is named for Quavo. He is famous for being a member of the hip hop and trap music trio "Migos". He is related to his fellow Migos members, being Takeoff's uncle and Offset's a cousin. Their music album, "Culture" was a huge hit and debuted at the 1st position on Billboard 200 chart. Moreover, he has been featured on four singles that have peaked within the top 10 of the Billboard Hot 100, including DJ Khaled's "I'm the One" and "No Brainer". In the year 2015, his hip-hop group Migos released their debut studio album, Yung Rich Nation, which went on to peak at #3 on the Top Rap Albums chart in the U.S. In September 2016, he made his first TV show appearance in "Go for Broke" episode of comedy-drama series, "Atlanta". In his early struggling days, he along with Migos band members used to offer to pay for DJs to drink if he played their songs at the club. He got his breakthrough after his band's single, "Versace" became a viral hit. It was so popular that Drake decided to remix the song with Migos and added it to his album. On 12th October 2018, he released his debut solo album, "Quavo Huncho" which peaked at number 2 on the Billboard 200. Overall, he is a very talented rapper.

Quavo and Saweetie are rap royalty in the couple's new GQ feature, published Thursday (July 16). "I seen her on my Explore page," Quavo recalled in the interview. "I was like, 'Damn! Who is this?' So I did my research and I DM her. I was like, 'How she going to call herself icy and she doesn't talk to me?' So I slid in her DM. I told her, 'You an icy girl, you need a glacier boy.'" He also sent the snowflake emoji. Her response? "I sent him the stir-fry back," she said in reference to Migos' No. 8 Hot 100 hit from 2018. Smooth as ice, Huncho started hanging out with the "My Type" artist, who told writer Gerrick Kennedy while blushing, "He's always been fine to me." But all that glitters is not gold, especially when it came to the rappers' wild first date when she flew out to his Atlanta, Ga. hometown to visit him. But their relationship isn't measured by riches or how many bags Saweetie carries out of a Rodeo Drive store ("I just give you the bag and let you go," Quavo says about approving her spending habits in the GQ "Couples Quiz" video). It's measured by their individual growth, stripping themselves of their stage monikers and flashing the names their mothers gave them. 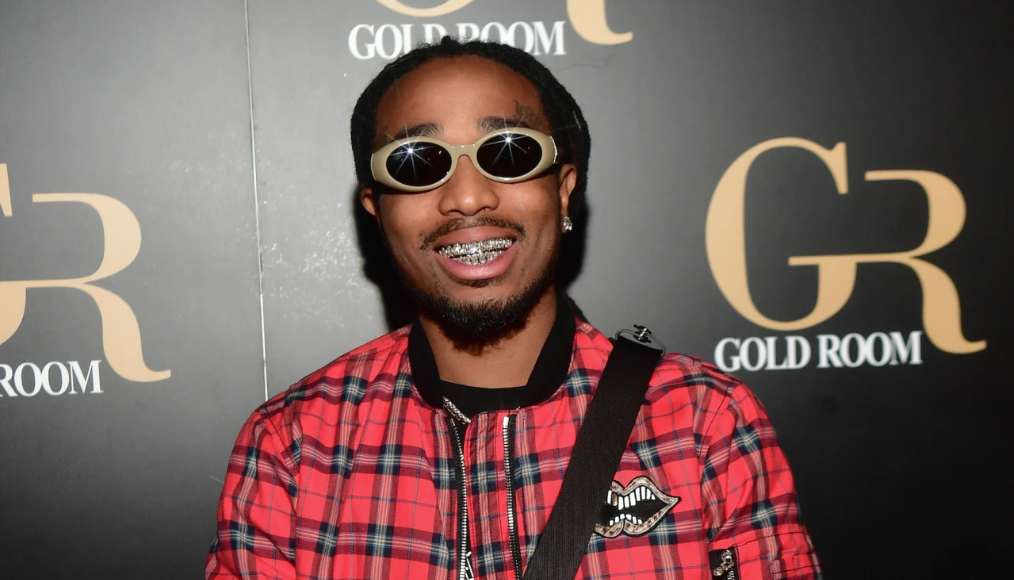 What is the Real Name of Quavo?

On 2nd April 1991, Quavo was born with the birth name/real name Quavious Keyate Marshall in Athens, Georgia, the USA. His nationality is American and his ethnicity is Afro-America. Her race is black.  Regarding his parents, his mother, Edna Marshall, was a hairdresser, and his father, Frank Morley died when he was four years old. His zodiac sign is Aries and his religion is Christian. The three-member of Migos (Takeoff, Offset, and Quavo) grew up together in Gwinnett County, a mostly suburban area half an hour northeast of Atlanta. For her education, he went to the Berkmar High School in Lilburn. He was the starting quarterback of its football team during the 2009 season, his senior year. He also went 19-of-25 for 201 yards and three touchdowns for the first win of the season and he also held the record by completing 28 passes in a game back in 2009. But he dropped out of high school well before graduation to completely focus on his music career. In May 2020, Marshall announced on his Instagram account that he had graduated from high school, 11 years after dropping out. Additionally, he also received the MVP Award during the 2018 NBA All-Star Celebrity Game after a 19 point performance and victory. He also played on the "Away" roster during the NBA All-Star Celebrity Game at the Bojangles' Coliseum in Charlotte, North Carolina, in 2019 and again during the 2020 All-Star Celebrity Game in Chicago. He developed a keen interest in rapping and music when he was in 7th grade. However, he didn't start creating his music and rapping until two years later. As of 2020, he celebrated his 29th birthday. 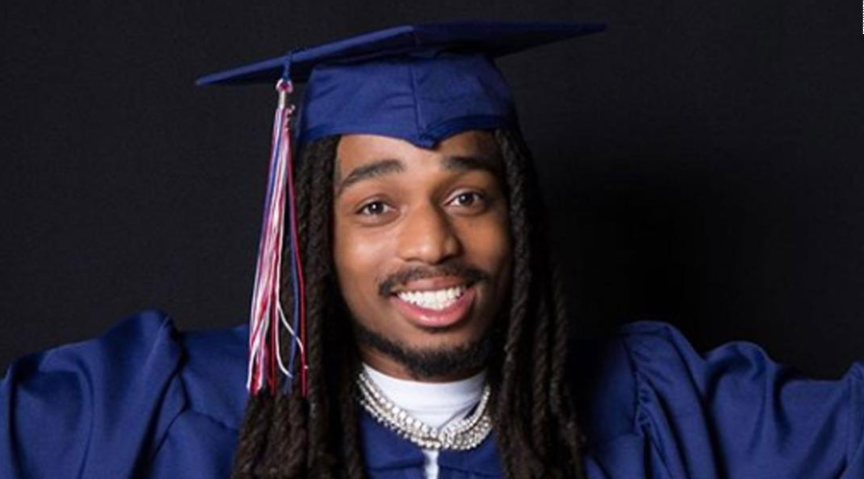 How was the Career of Quavo?

Awards and Achievements of Quavo

Who is Quavo's Girlfriend? 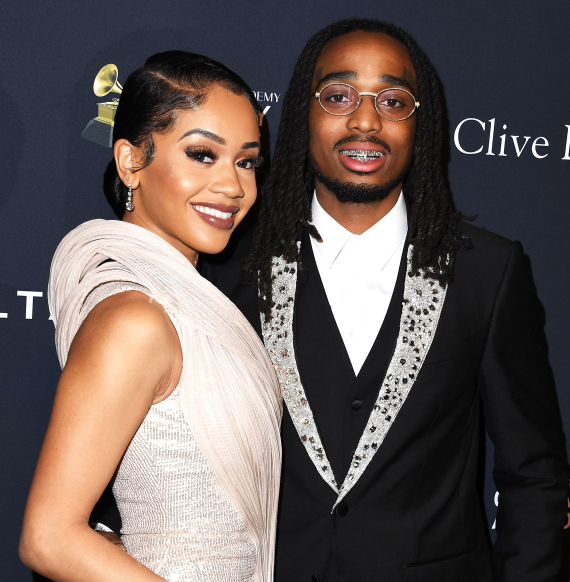 Quavo's marital status is unmarried. He is not single at present but he is in a relationship. At present, he is dating rapper and songwriter, Saweetie. Since mid-2018, the duo has been together ever since. They can also often be seen together during several public events as well. As of now, the couple is living a happy life and their bond is going stronger with the time. The duo is planning to get married soon. His sexual orientation is straight and he is not gay.

Previously, the rumors of the Quavo dating model Lira Galore first surfaced in February 2016 after he was spotted entering a Los Angeles building with her. She was pictured entering a nightclub in North Carolina with Quavo. The onlookers reported that they looked quite cozy inside the venue. After that, the rumors of Quavo dating actress and model Karrueche Tran started surfacing after they were spotted together at the Gulf Coast Spring Fest in Mississippi. It was alleged that they had hugged before leaving in the same car. Later, they were spotted making out at the Story nightclub in Miami Beach. They finally confirmed that they were indeed in a relationship. In July 2017, the couple separated. In October 2017, he was reportedly seen on a dinner date with Australian singer Iggy Azalea.

How tall is Quavo?

Quavo is a very cool and handsome singer with an average body build. He has got a tall height of 5 ft 10.5 in or 179 cm. His body weight consists of 74 KG or 163 lbs. His hair color is black and his eye color is dark brown. He has thick eyebrows, dreadlocks hairdo and he loves to wear round sunglasses. Overall, he has got a healthy body with a charming personality. He is fond of tattoos and along with getting extensive body art, he has also got a couple of face tattoos, including a cross and crown by the side of his right temple.