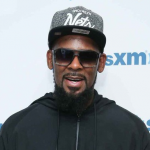 Robert Sylvester Kelly, popularly known as R. Kelly is an American singer, songwriter, and record producer. He is a native of Chicago and is a former professional basketball player as well. He was signed to play professional basketball making him the first musician to play basketball professionally. He has a large collection of single albums which are the major hits. He has released 12 solo studio albums. Some of his hit singles are  "Bump N' Grind", "Your Body's Callin'", "I Believe I Can Fly", "Gotham City", "Ignition (Remix)", "If I Could Turn Back the Hands of Time", "The World's Greatest", "I'm a Flirt (Remix)", and the hip-hop era "Trapped in the Closet".

R. Kelly is the winner of 3 Grammy Awards, 6 NAACP Image Awards, 11 Soul Train Awards, 2 American Music Awards, and 1 BET Awards. He has also won numerous Billboard Music Awards, Guinness World Records, and countless nominations. He has influenced numerous hip-hop and contemporary R&B due to his distinctive sound and style. He has been credited with helping to redefine R&B and hip hop and has been nicknamed "the King of R&B", "the King of Pop-Soul", and the "Pied Piper of R&B".

However, R. Kelly's music career has declined to the lowest point after he has been facing several legal issues in his life. He has been facing some serious charges related to sexual abuse, human trafficking, and others since the 1990s. Today, he faces 22 federal charges and is being incarcerated awaiting trial.

What is R. Kelly Famous For?

Where is R. Kelly From?

R. Kelly was born on 8 January 1967. His birth name is Robert Sylvester Kelly and his birth place is in Hyde Park, Chicago, Illinois in the United States. As Kelly’s mother, Joanne was a single mother, information about his father is not available. Her mother was also a singer. She passed away in 1993. He has three siblings, two brothers named Bruce, and Carey, and a sister named Theresa. He holds American nationality. He belongs to the African-American ethnicity and his religion is Christianity. His zodiac sign is Capricorn.

R. Kelly had a poor childhood. At the age of eight, he began to sing in the church choir. He lived in a place full of women where when his mother and grandparents were not at home would act differently. He was also sexually abused by a woman who was 10 years older than him. He was also shot at the age of 11 while he was riding the bike and the bullet is reportedly still in his shoulder.

He attended Kenwood Academy in Chicago's Hyde Park neighborhood in 1981. He was a popular basketball player at high school.

Kelly started street performing under the Chicago "L" tracks. He then formed a group, MGM (Musically Gifted Men) in 1989 with his friends March McWilliams, Vincent Walker, and Shawn Brooks. He got a breakthrough when his MGM friends participated in the talent TV show Big Break, where Kelly won the $100,000 grand prize. After the release of the group's first single, "Why You Wanna Play Me", the group disbanded. He signed with Jive Records in 1991 and joined the Chicago group, Public Announcement.

His debut album, Born in the ’90s was released in early 1992. He left the group in January 1993. His first solo album titled, 12 Play was released on 9 November 1993. It was number one in Billboard Hot R& B. 12 Play was certified gold by the Recording Industry Association of America (RIAA). He then wrote and produced an album for protege Aaliyah on 24 May 1994. In 1995, he was nominated for Grammy Awards for writing, producing, and composing "You Are Not Alone" for Michael Jackson. He released his eponymous second studio album in November 1995.

He also released an inspirational song, "I Believe I Can Fly", the soundtrack for the film Space Jam on 26 November 1996. The song later won Kelly three Grammy Awards in 1998.

To play professional basketball Kelly signed a contract in 1997 with Atlantic City. He wore the jersey number 12 in honor of his album 12 Play. There was a clause contained in the contract that he could leave the team to fulfill the music obligation whenever necessary. He is the first professional basketball player in music artist. He produced and wrote his debut album for protégé Sparkle in 1998. He released his fourth studio album on 17 November 1998 and his fifth studio album TP-2.com on 7 November 2000. He won the Outstanding Achievement Award at MOBO Awards in 2001.

Kelly performed at the opening ceremony of the Winter Olympics. Kelly's joint album with Jay-Z, The Best of Both Worlds was leaked in February 2002. His sixth studio album, Loveland was also leaked in May 2002 and was delayed to release in November 2002. He then re-recorded the entire album and titled it, Chocolate Factory. But in early 2003 it became a success. He released his first greatest hits collection, The R in R&B Collection Volume 1 in the same year. He released two-disc, Happy People/U Saved Me in 2004. His another collaborative album with Jay-Z, Unfinished Business was released in 2004. Kelly released his seventh studio, TP.3 Reloaded in 2005.

Kelly started The Light It Up Tour which became his first concert DVD in 2006. He released his eighth studio album, Double Up on 29 May 2007. Kelly did not release an album for quite a time but he kept himself busy in the studio doing featured guest spots on numerous remixes. He released his first-ever mixtape, The Demo Tape (Gangsta Grillz) on 3 June 2009. He also released his new album titled, Untitled in December 2009. The same month, he got teamed up with a biographer to write his memoirs, Soulacoaster. It was released in 2012.

Kelly performed his duet with Lady Gaga on 16 November 2013. He released his twelfth studio album, Black Panties in December 2013. He announced to make a film debut as a director and producer in 2014. On 14 July 2015, he announced The Buffet on September 25, 2015. He released his first Christmas album which is his fourteenth studio album, 12 Nights of Christmas on 21 October 2016.

Kelly is currently single. Previously, he was married twice.

He then married his former backup dancer, Andrea Kelly in 1996. He separated from his second wife in 2005. His second wife Andrea filed a restraining order against him in September 2005. Their divorce was finalized later in 2009. In 2018, Andrea alleged to Kelly that he physically abused her several times.

R. Kelly has been one of the most successful musical artists. However, his musical success has been negatively influenced by several serious legal issues. Since the 1990s, he has been accused of sexual abuse and misconduct, often with underage girls. He faces a total of 22 federal counts, including child pornography, kidnapping, and forced labor. He was indicted on 13 counts of child pornography in 2002. He was acquitted of all charges in 2008.

R. Kelly was indicted on 10 counts of aggravated criminal sexual abuse in February 2019. He was arrested on federal charges in July 2019 alleging sex crimes, human trafficking, child pornography, racketeering, and obstruction of justice. He was incarcerated at Metropolitan Correctional Center, Chicago from July 2019 to June 2021. He is awaiting the sentencing Chicago trial date which was scheduled for September 2021.

How Tall is R. Kelly?

R. Kelly stands at the height of 1.85 m i.e. 6 feet and 1 inch tall. He has a body weight of around 203 lbs i.e. 92 kg. He has an athletic body build. He has a balanced and healthy body. His hair color is black and his eye color is dark brown. His sexual orientation is straight.

What is R. Kelly Net Worth?

R. Kelly has earned a mouthwatering fortune from his music career. His income comes from record sales, contracts, concerts, tours, brand endorsements, and sponsorships. He has endorsed several brands. During his peak career, his net worth was estimated at around $150 million.

However, his involvement in numerous legal cases led him to lose his massive fortune. He has been facing numerous serious legal charges since the 1990s. He faces 22 federal counts including child pornography, kidnapping, forced labor, human trafficking, racketeering, and obstruction of justice. He is incarcerated at present and his net worth is estimated negative $2 million.

Trivias About R. Kelly You Need To Know.