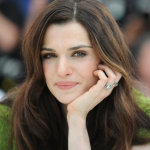 Rachel Hannah Weisz popularly famed as Rachel Weisz is a British Actress. In the year 1990, she started her career in the movie appearing in Inspector Morse, Scarlet and Black, and Advocates II. In Death Machine movie, she made her film debut.

British Actress, Rachel Weisz was born on 7th March 1970 in London, United Kingdom. Her real name is Rachel Hannah Weisz. She has a sister named Minnie. Her zodiac sign is Pisces. She was born to Geroge Weisz and Edith Ruth Weisz, her parents. Her nationality is English. At the age of 14, she started modeling. She attended North London Collegiate School. After leaving her first school, she went to Benenden School and then, attended St Paul’s Girls School for one year and completed her A-levels. She is graduated in Bachelor of Arts degree in English.

Awards and Movies of Rachel

Rachel won the Best Supporting Actress in a Motion Picture in Screen Actors Guild Award and the Golden Globe Award for her role. She was also nominated for the Best Actress in a Leading Role in BAFTA Award. The role also led to her to be crowned British Actress of the Year by the London Critics' Circle Film Award. Some of her popular movies are Stealing Beauty, The Shape of Things, The Mummy, the Mummy Returns, Constantine and many more.

Rachel is a married woman. She was married to Dannen Aronofsky, director. The couple is blessed with a single child named Henry Aronofsky. In the year 2010, the couple got divorced.

In the year 2011, she married Daniel Craig. The couple is living a happy life and there is no any sign of separation between them.

Net Worth of Rachel

The net worth of Rachel is $40 Million and her source of income is from movie assignment. Her salary is still to figure yet and will be updated soon.