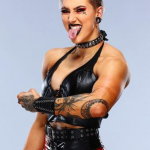 Demi Bennett is an Australian professional wrestler who is known by her in-ring name Rhea Ripley. She gained fame for her career in the WWE's NXT UK brand. She was inaugural NXT UK Women's Champion as well as a former NXT Women's Champion and a former Raw Women's Champion whereas she won the first-ever NXT UK Women's Championship in 2018. Ripley also won the Raw Women's Championship at WrestleMania 37. She started her pro wrestling career in 2013 with the Australian promotion Riot City Wrestling and later signed with the WWE in 2017. She competed at the WWE's 2017 Mae Young Classic, where she made her debut as Rhea Ripley. She made her WWE NXT debut in October 2017. Additionally, Rhea competed against Raquel Gonzalez in a Last Woman Standing match Ripley lost to Gonzalez in her final match in NXT on the first edition of NXT for 2021, New Year's Evil.

Rhea Ripley was defeated by Charlotte Flair at WWE Money in the Bank on Sunday to win the Raw Women's Championship. With Ripley visibly favoring the leg, The Queen applied the Figure-Eight Leglock, and the Australian eventually had no choice but to tap out. With the victory, Flair is now a five-time Raw women's champion and 14-time women's titleholder overall during her WWE tenure. Adding insult to injury, Ripley attacked Flair after the match was called off, and they brawled back into the ring until the Aussie put The Queen down for good with Riptide.

The next night on Raw, WWE officials Adam Pearce and Sonya Deville addressed the situation and agreed that Flair deserved another title shot. As a result, she was given her rematch at the Money in the Bank pay-per-view. Sunday marked The Queen's third title opportunity since she was left off the WrestleMania 37 card, as she was also part of a Triple Threat involving Ripley and Asuka at WrestleMania Backlash. Ripley won that match by pinning The Empress of Tomorrow, meaning she technically still hasn't beaten Flair. The history between The Queen and Ripley dates back to WrestleMania 36 when the former beat the latter for the NXT Women's Championship after having won the 2020 women's Royal Rumble match. 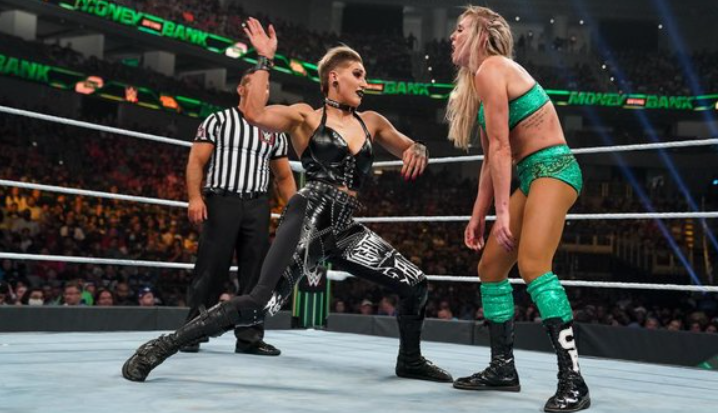 What is Rhea Ripley's Nationality?

Rhea Ripley opened her eyes for the very first time on 11th October 1996 in Adelaide, South Australia, Australia. She was conceived with the real name of Demi Bennett in a Christian religious family. She is of Australian nationality and she belongs to Australian-white ethnicity. Rhea has celebrated her 24th birthday as of 2020 and as per her birth date, her star sign is Libra. Thus, her race is white. She is the daughter of her father, Peter Bennett whereas her mother's name is unknown. She also has a sibling a sister named Cali Bennett.

How was the Wrestling Career of Rhea Ripley?

Rhea Ripley kicks off her wrestling career in Riot City Wrestling in 2013 where she became a two-time RCW Women's Champion whereas her New Horizon Pro Wrestling debut was made on 24th May 2014 during the opening night of the NHPW Global Conflict where she joined the Global Conflict Tournament.

She made her Melbourne City Wrestling debut on 14th June 2014 at MCW New Horizons where she defended the RCW Women's title in a Three-Way match against Savannah Summers and Toni Storm.

She wrestled her last RCW match at RCW Strength on 22nd April 2017 and successfully defended the Women's title against Kellyanne. 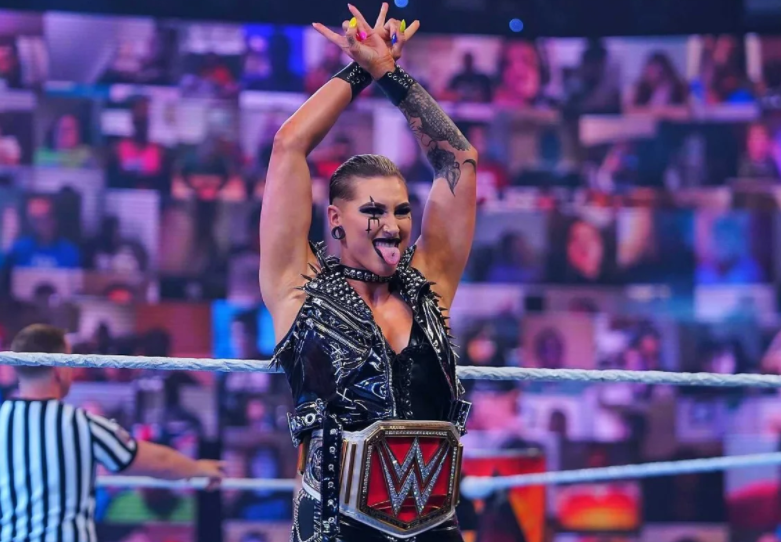 Rhea Ripley's boyfriend: Who is the WWE Superstar dating? 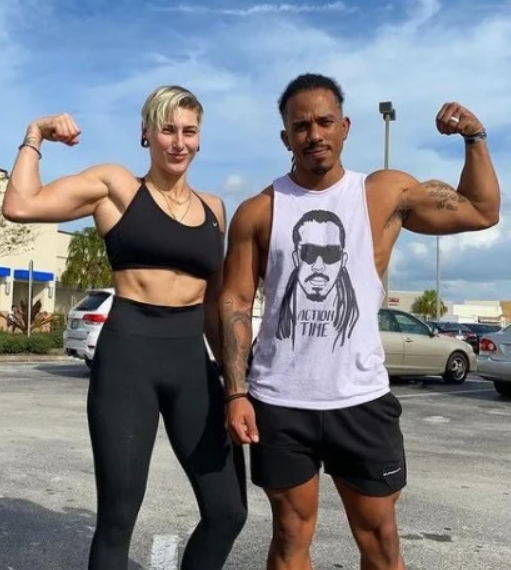 Rhea Ripley is a versatile wrestler who has a net worth of $1 million as of 2021. She also earns a fine amount of salary which is around $250, 000 per year. She has reached great heights in her career already and she still has a lot more to do. Rhea has not done any endorsement work yet. Her major source of income is her wrestling career.

Rhea Ripley is 5 ft 8½ in or 174 cm tall whereas her body weighs around 62 kg or 136.5 lbs. She has good-looking natural blonde hair and blue eyes. Her often sports short hair and pierced ears have attracted a lot of people towards her. She has an athletic body build with 34-30-35 inches of body measurement. She has inked several attractive tattoos on her body as she has finally completed her leg tattoo, and it looks incredible!. The tattoo is of a Wendigo - a mythological creature from the folklore of the First Nations Algonquian. Rhea has got it tattooed on her left leg, and her quest to become the most tattooed person in the world continues.

Trivias About Rhea Ripley You Need To Know.