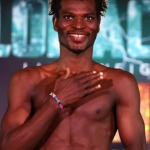 Richard Commey is a Ghanaian professional boxer who held the IBF lightweight title in 2019. Previously, he held multiple regional lightweight titles including; the Ghanaian title in 2011; the ABU title in 2013; and the Commonwealth title from 2014 to 2015. He is also known for fighting against Teofimo Lopez, Ray Beltran, Isa Askhabovich, and more. He has a great boxing record. Out of 35 matches, he won 30 matches and lost 4 matches whereas 1 match was draw.

What is Richard Commey Famous For?

What is Richard Commey Nationality?

Richard Commey took birth on 10th March 1987. He is from Accra, Ghana. He holds Ghanaian nationality and his ethnicity is Mixed. He was born with the birth name of Richard Oblitey Commey. About his parents, he was born to his mother, Joyce Florence whereas the details about his father is still to get disclosed yet. He was raised by his mum whom Richard regarded as his encouragement and strength. He was raised in the poverty line. His mother used to trade perishable items in the market. About his education, he didn't go to school. He used to play soccer in an amateur league for the Cidabs Academy as a kid. Later, he took up martial arts and was considered Ghana's top kickboxer. In 2007, some Japanese recruiters spotted him and gave him the opportunity to compete worldwide. After that, he decided to settle in the UAE. Later, he made his career in boxing. 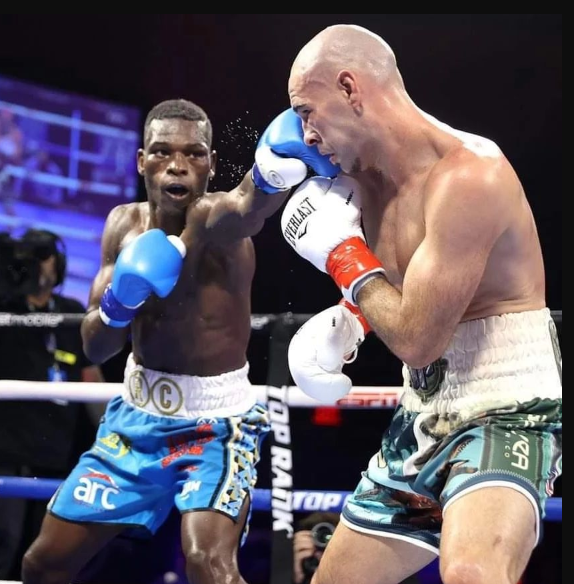 Who is Richard Commey Girlfriend?

Richard Commey is not married yet and he does not have a girlfriend at present. He is single at the time of writing. He is enjoying his present life a lot. His sexual orientaiton is straight and he is not gay. He remains silent when it comes to his personal life.

How much is Richard Commey Net Worth?

Richard Commey is a successful professional boxer who has made a huge fortune from his career. As of 2022, Richard Commey has accumulated a net worht of $10 Million. His main source of wealth comes from his fighting career. He is making his salary in millions of dollars. His purse was about $750K in his fight against the American boxer, Teofimo Lopez which he lost. In his win against, Ray Beltran, he made $350K and $20K. After he won the IBF title in 2019, the president of Ghana, Nana Akufo-Addo rewarded him with a car and 50K GHS. He is living a lavish lifestyle at present.

How tall is Richard Commey?

Trivias About Richard Commey You Need To Know.