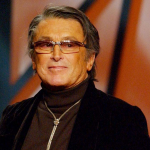 Robert Evans was a popular American film producer and a studio executive. Evans was best known for his work on movies like "Rosemary's Baby", "Love Story", "The Godfather", and "Chinatown". Evans started his career in a successful business venture by selling women's appeal along with his brother. He was even appointed as the head of Paramount Pictures in 1967. Evans is also known for his seven marriages.

What was Robert Evans Famous for?

Where was Robert Evans From?

Robert Evans was born on June 29, 1930, in New York Caity, New York, United States. His birth name was Robert Jr. Shapera. His nationality was American. He belonged to White ethnicity while Cancer was his zodiac sign.

Robert Evans was born to Archie Shapera(father) and Florence(mother). His father was a dentist who worked in Harlem while his mother was a housewife from a very wealthy family.

Evans was raised on New York City's Upper West Side along with his brother, Charles Evans. Charles even had founded a fashion company, "Evan-Picone" where Robert also used to work.

Robert performed a number of voice work on the radio after he finished high school. By the time he was 18, he performed in more than 300 radio shows. With his deep voice and a knack for foreign accents, Robert found his future career in the entertainment industry.

Who was Robert Evans Married to?

Robert Evans got married seven times throughout his entire life. Evans first got married to the beautiful actress, Sharon Hugueny. They married in 1961 and divorced shortly in 1962. After then, he married his second wife, Camilla Sparv in 1964. Sparv and Evans ended their relation in 1967.

In 1969, Evans got married to his third wife, Ali MacGraw for 4 years till they divorced in 1973. The couple together had a son named Josh Evans. Josh is a film producer now. Shortly after in 1977, he married his fourth wife, Phyllis George and remained for only 1 year together. Evans was with Catherine Oxenberg for only a year. In 2002, he married his sixth wife, Leslie Ann Woodward. Their relationship ended in 2004.

Soon after in 2004, he married his seventh wife, Victoria White. But they divorced in 2006.

Who is Chris Evans?

Robert Evans Cause of Death

Robert Evans passed away at the age of 89 on October 26, 2019, at Beverly Hills, California, United States. Previously, Evans suffered a series of three strokes in succession after which he was left paralyzed on his right side and completely unable to speak in 1998. Eventually, he regained his ability to talk and focused on producing movies.

What was the Net Worth of Robert Evans?

The popular producer of the 90s, Robert Evans had quite a great earning from his professional career. Evans had managed to amass a great fortune of the amount in million dollars through his several hit movies, series, and clothing lines.

Evans had an estimated net worth of $120 million with around $20 million as his annual salary. Evans lived a very lavish and luxurious lifestyle with millions of his fortune.

How Tall was Robert Evans?

The 89 aged evergreen Robert Evans had a maintained body physique. Evans stood tall with a height of 5ft. 8inch.(1.73m) while he had a bodyweight of 73kg(160 lbs). Evans had a body measurement of 40-32-38 inches with 15.5 inches as his biceps size and 9)UK) as his shoe size. Evans had a fair complexion with black eyes and white hair.