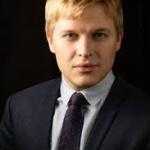 Ronan Farrow is an American, journalist, a human rights lawyer, and activist. He was a UNICEF spokesperson for eight years, helping in fundraising and campaigning for the rights of women and children unwittingly involved in the Darfur region of Sudan. He served as a foreign policy advisor under the first government of Barack Obama. He established the State Department’s ‘Office of Global Youth Issues’ after he was appointed as a ‘Special Advisor’ to Hillary Clinton, Secretary of State in the Obama administration.

As a journalist, he has contributed to several mainstream newspapers including ‘The Wall Street Journal’, ‘The Los Angeles Times’, and ‘The New York Times’ on foreign policy matters and human rights. He has also hosted several shows and appeared as an expert commentator on popular TV networks. Ronan has won several awards, chiefly for his journalistic forays and as an activist, including the ‘Refugees International’s McCall-Pierpaoli Humanitarian Award’ and the ‘Cronkite Award’. to know more about him, keep reading below.

Who are the parents of Ronan Farrow?

Recalling his early life, Ronan was born in New York City to celebrity parents Woody Allen, a renowned film director and producer, and actress Mia Farrow. He is the only biological offspring amongst all the issues of his parents.

Hailed as a child prodigy and boy genius, he went to Bard’s College in Simon’s Rock when he was just 11 years old and earned a degree at 15. He got an opportunity to study law at Yale Law School as a 16-year old teen and soon after went to Oxford University to study international relations on a Rhodes scholarship. His law degree made him eligible to become a New York bar member.

What is the profession of Ronan Farrow?

What are the achievements of Ronan Farrow?

Is Ronan Farrow dating someone?

Reflecting on his personal life, Ronan Farrow has been in and out of relationships with numerous women to date. It was once reported that he had dated, Jemima Khan, daughter of James Goldsmith, an Anglo-French tycoon and politician, and ex-wife of the Pakistani cricketer, Imran Khan.

Similarly, Ronan Farrow is rumored to have dated Tory Burch, an American businesswoman, and the two were spotted in public on numerous occasions. He also romanced Jon Lovett who used to be Obama Barack’s speechwriter.

How much net worth does Ronan Farrow own?

From his multiple careers, Ronan earns the sum of a good amount of money and fame in the field of social media as a journalist, human rights lawyer, and activist. As per online sites, his estimated net worth said to be $12 million and his salary is somewhere around $3 million as of 2019.

How tall is Ronan Farrow?

Observing his body statistics, Ronan stands a height of 5 feet 10 inches and weighs around 60 Kg. Similarly, he has a pair of brown eyes and blonde hair color. Further, he has an average body build with the body measures of 40-30-37 inches and his biceps size is 14.5 inches.

Trivias About Ronan Farrow You Need To Know.